Cheat sheet for Michael Kirby on abuses in North Korea

Former High Court judge Michael Kirby will lead a UN inquiry into human rights abuses in North Korea. He says he has no preconceptions, but the evidence is already damning. 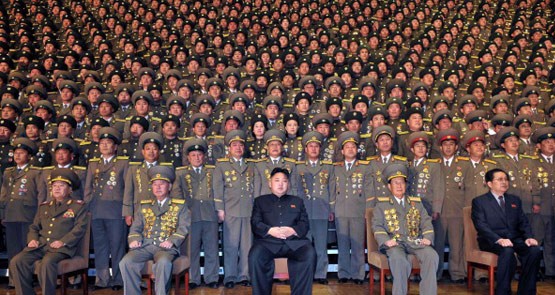 “I have no preconceptions about the government of North Korea and I’ll proceed as one should: with impartiality and just giving them the opportunity to have their say and to respond to testimony,” Michael Kirby said this morning after being tasked by the United Nations to examine human rights in the secretive dictatorship.

That may be so, but there’s plenty we already know about what the UN calls “systematic, widespread and grave” abuses in the Hermit Kingdom

North Korean leader Kim Jong-un is currently refusing to work with UN; it’s believed the inquiry will rely mainly on the testimony of dissidents. There’s plenty of that. The Human Rights Watch report for North Korea for 2013 offers a damning assessment of the current regime:

“The government has ratified four key international human rights treaties and includes rights protections in its constitution, but does not allow organised political opposition, free media, functioning civil society, or religious freedom. Arbitrary arrest, detention, lack of due process, and torture and ill-treatment of detainees remain serious and pervasive problems. North Korea also practices collective punishment for various anti-state offenses, for which it enslaves hundreds of thousands of citizens in prison camps, including children. The government periodically publicly executes citizens for stealing state property, hoarding food, and other ‘anti-socialist’ crimes, and maintains policies that have continually subjected North Koreans to food shortages and famine.”

The report matches up closely to the terms of the UN inquiry, which states it will investigate:

Between 1 and 3 million North Koreans died from starvation or starvation-related illnesses during the “silent famine” of the 1990s. “We believe it was engineered by the irresponsible actions of the government,” Leonid Petrov, a researcher at Australian National University’s School of International, Political and Strategic Studies, told Crikey. He notes former leader Kim Jong-il allowed no access to information, kept borders shut and refused to seek foreign aid until a year after the famine had begun.

Although not currently in famine (the latest was in 2011), food insecurity remains an issue.

Earlier this year North Korea’s infamous remote prison camps were spotted on Google Earth, despite Pyongang always dismissing their existence. According to activists, 40% of inmates die from malnutrition, while others survive by eating rats and scraps from animal faeces. Several generations of families — men, women and children — are often kept inside the camp and are expected to work 16-hour days of manual labour.

One prisoner who escaped overseas after spending 23 years inside Camp 14, a slave labour camp which supposedly houses up to 200,000 people, told reporters: “People think the Holocaust is in the past, but it is still very much a reality. It is still going on in North Korea”.

The account of one North Korean defector, who was tortured by authorities for eight months before being placed in a prison camp, outlines the grim conditions:

“They performed meaningless and arduous labor tasks from sunrise to sundown, and suffered from not only physical torture, but also excruciating mental pain. People whispered to him that they did not know what crimes they were being sentenced for, yet they did not have the strength to complain. One day, he was sent to the prison ‘hospital’, where people laid on wooden boards shoulder to shoulder… After a bedmate would pass, Paul would not report his/her death because he would be able to eat the corpse’s food ration. He would continue to sleep next to corpses and eat their food until nurses noticed the rotting bodies, after which patients would be tasked with carrying the stiff corpses out into a mass open grave.”

North Korean citizens have very limited access to wider information and are rarely allowed to leave the country. “You’re not free to move around the country or go outside the country because freedom of movement is also not respected,” said Petrov. “Freedom of information is not respected: if you’re starving in North Korea you cannot just pick up the phone and call your relatives in the south of the demilitarised zone, because the telephone lines don’t allow you to make calls. You cannot write a letter to anyone outside of your country. Until recently people could not travel around the country without permission from the domestic security police.”

In 2010 dissidents from North Korea released a video to The Telegraph in Britain, showing a young emaciated sick woman working in a field and another man talking about how someone was arrested for distributing anti-government material. The footage is not dated.

And it may not be the most grievous of human rights abuses, but it’s certainly a crime against fashion: North Koreans can pick from just 28 government-approved hairstyles, with this poster apparently found in hair salons across the country … 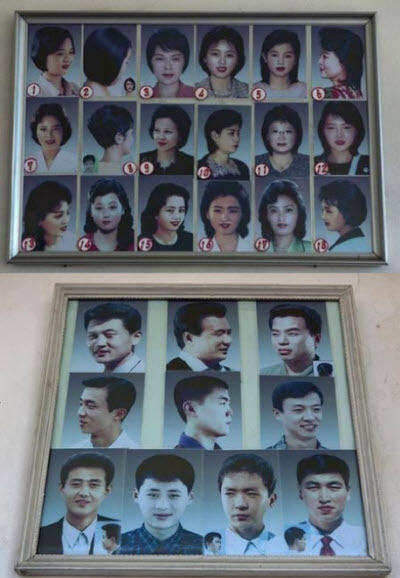 But relying on dissidents for evidence has its own issues. “Refugees tend to be excessively critical of North Korea,” said Petrov. “They try to represent the situation in much grimer tones than it is.”

The Commission of Inquiry — chaired by Kirby and including Marzuki Darusman, the UN Special Rapporteur on human rights in North Korea and Serbian human rights campaigner Sonja Biserko — will report findings in September.

The atrocities of North Korea: we have to engage, not isolate

Crikey says: the unspeakable parallel in the North

Yet, somehow, the right to freedom of movement seems well enumerated by the Joe Cool smiley. Dean Moriarty would be proud.

After determining whether human rights abuses are substantiated, the Commission has a further role of deciding whether any abuses amount to “crimes against humanity”. That sounds interesting. What steps may be taken against NK or its leaders, if such a finding is made ? Will this inquiry make findings amounting to a causus belli (other than by NK of course, that seems a given) ?

ANDYBOB: Exactly. Also, HTF, can Kirby-even with the best will in the world-come across accurate information in the face of fifty years of outside speculation forced by the blanket ban on everything not under the aegis of KimIlSungism?

I hope Michael Kirby reads Crikey. As the chair of the new UN inquiry into North Korea, he could have been misled by the trains and planes going regularly in and out. Luckily, your aptly named “cheat sheet” explains that North Koreans “are rarely allowed to leave the country”. He might have also overlooked the “crimes against fashion”. Let’s hope that he reads this, and drops his silly nonsense about impartiality, evidence, and due process. Let’s hope he recommends instant execution, nuclear-style. Let’s do it for the kids!

PS Leonid Petrov is a man. But I don’t think you’re interested in facts.

BTW: That photograph at the top of this page tells the whole story. Any form of human individualism has been wiped clear of these faces. Once a system has reduced the population to a single mass the government can do anything they wish to do and deny everybody everything.

Does anyone not find the list of violations pretty damn similar to those of the US? Who should probably be taken a bit more seriously than DPRK at this point..