Shame on the media’s obsession with the Singlehouse ‘scandal’

The John Singleton-Gai Waterhouse saga is a non-story that sums up where the mainstream media is headed. It's a ready-made narrative without meaning, and it's easy for the media to cover. Get used to this. 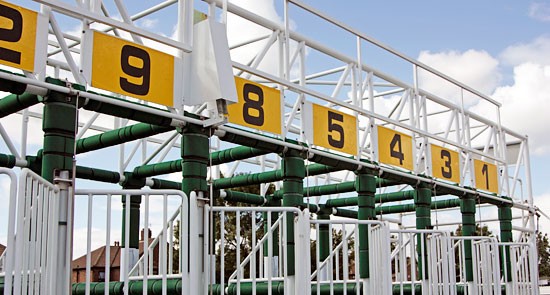 If you live outside NSW, as most of us do, you will have been fortunate enough to avoid at least some of the relentless coverage of the John Singleton-Gai Waterhouse-Robbie Waterhouse-Andrew Johns-etc etc er… well, scandal? Imbroglio? Brouhaha? Stoush? Anyway, insert your preferred noun-that-only-journalists-use. But for those inside the borders of the “Premier State”, there’s been no escape.

It is, ostensibly, a story that has it all: the glamorous racing industry, colourful personalities, allegations of wrongdoing, a storied racing family, and perhaps the most loathed man on Australian television. In fact, it’s a story that has nothing. It’s a non-story, a story black hole that not merely lacks meaning, but sucks any meaning floating nearby into it, never to be seen again.

Racing is a corrupt industry that profits from the stupidity of gamblers and the infliction of pain on animals. That something slightly untoward might, allegedly, have happened between three of its prominent members, none of whom have any socially useful function, has about as much significance as a fight in a pub between drunks over a bet, albeit with better clothes.

It doesn’t even have any symbolic meaning. The media can drag out the old stereotype — and of course as The Onion immortally said, “stereotypes save time” — of Sydney as shallow, meretricious, obsessed with glitz and money, and claim that a blue between the ad man, the trainer, the ubiquitous bookie, the (“dishevelled”) ex-footballer and a brothel owner (and where, for goodness sake, is Richo in all this?) somehow reveals an essential truth about the city. It can draw lessons about the innate corruption and moral cowardice of Australia’s gambling culture. Journalists can even invoke yer Greeks and yer Romans and cry “hubris”. But all such attempts to jam significance into the story like so much forcemeat reveal is their desperation.

Still, get used to it: this is the shape of journalism to come, because what this matter lacks by way of significance as a story it more than makes up for with narratives. The mass media has always relied on narratives, of course; and for that matter all other forms of storytelling. There are only a handful of basic stories, and the task of the storyteller is to continually recycle them in ways that will keep the audience entertained.

Thus, most evening news bulletins offer essentially the same relatively limited set of stories as they did half a century ago; only the presentation has changed and in particular sped up because we’re now trained to absorb visual narratives more rapidly. The latest innovation in presentation, by the way, is the now compulsory “live cross” to a journalist standing outside a venue linked, however tangentially (sports story? go stand outside the nearest stadium), to the matter at hand, there to answer one or two anodyne interrogations from the newsreader and be thanked for their trouble, while leaving the audience mystified as to what precise connection or significance the location of the journalist had.

But, like Kate Carnell, I dye-grass. One of the great things about ready-made narratives is that they don’t require much thought or analysis; indeed, they are precisely intended not to require thought or analysis, but to entertain, comfort and reassure audiences.

But as our mainstream media falls apart, with newspapers dying and television struggling with debt and falling revenue and inept billionaire owners, the declining level of resourcing of journalism will mean ever greater reliance on narratives, rather than providing the sort of resourcing required for quality analysis (which requires people with expertise, corporate memory or, at the very least, time to analyse) or investigative journalism.

In this context, the Singleton-Waterhouse story is a godsend, dropped on the Sydney media (which is now the headquarters of Australian media) like so much divine manure. Not merely is it loaded with “colourful personalities”, but it comes with multiple narratives, depending on whether you can’t abide Singo or Robbie or even Gai, who for mine did her best work in Doctor Who, or racing itself. It’s thus easy to cover, a lot like a leadership contest in Canberra, where you don’t have to know much about anything, and certainly not issues of policy substance, to opine, report, speculate.

In doing so, of course, the very thing that was supposed to distinguish what’s left of the mainstream media from new media ebbs away. Still, it’s all pretty easy to follow and that’s what counts. That, and the amazing hats.

Up close and personal: why political leaders will soon be back off bounds

Thank you. I was honestly wondering why this bit of business was being covered by the media at all, and merely assumed it was my own, often willful ignorance of sporting matters.

“…three of its prominent members, none of whom have any socially useful function, has about as much significance as a fight in a pub between drunks…”

Excellent article, Bernard. Although the saga is elitist piffle at least it’s more entertaining than the actual ‘sport’ of horse racing.

Whilst the more virtuous part of me agrees that is is a terribel waste of media resources a story with
Racing
Bookies
Ad man,
footy Star
Brothel owner
Families
Conflict of interest

But your right .Serious media shouldn’t be a soap opera

Its just an advertorial for honest Tom and a guarantee that he will not loose his job at Channel 9.

For once I hope that Abbott will not be his usually gutless self and ban live betting odds on sports programs.

Bravo Bernard! This tacky sideshow and the MSM obsession with it calls every Minister for Racing in every State in the Commonwealth a fool. The history of the stewardship of these portfolios is a national disgrace.