The new Penfolds Grange wine has been given a "perfect" rating by a prominent critic. But as you won't get much change out of $800 for it, Crikey intern Sasha Petrova wonders: how do you put a price on taste? 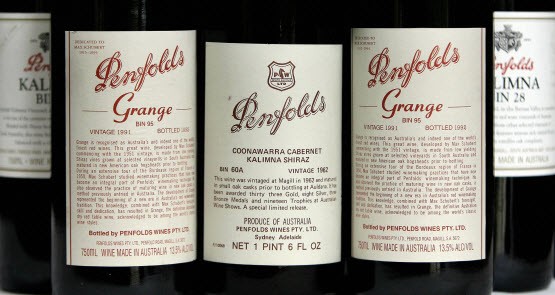 It’s safe to assume most slosh seekers down at the pub on a Friday night don’t constitute the target market for the newly released Penfolds Grange — priced at $785 a bottle. So Crikey set out to uncover the appeal behind such extravagance.

The 2008 vintage uncorked with a bang last Thursday, exciting oenophiles and those with expensive taste around the world, especially after it was given a perfect score by prominent wine critic Lisa Perrotti-Brown, who described it as having “a very complex nose with aromas of mulberries, layers of baking spices, cloves and cinnamon and nuances of minced meat”.

Wine writer Huon Hooke, who has had the pleasure of having tasted it, told Crikey the wine is “powerful”, “full-bodied”, has “great dips of character” and is “fresh” and “useful”: “I’d put it right up there with the very best vintages.”

It’s a question wine lovers and critics often find difficult to answer, especially when forced to explain the nuances of wine’s bouquet and tradition to someone (like this ignorant reporter) who loyally sticks to her “house reds”.

“These things are difficult to quantify in a few words,” Hooke said. “Firstly, it has an amazing track record, and it will age tremendously well and will be great drinking for the future.”

And this seems to be the crux of it. Those with deep pockets (though it is available for the bargain price of $645 if you’re buying at Langton’s, after a recent price war over the vintage) must also have boundless patience, as the wine won’t be at its best for at least five years — and maybe more than 20.

“Nobody in their right mind would buy that bottle of wine, open it and drink it,” Jay Bessell, one of the owners of Melbourne’s Carlton Wine Room, told Crikey. “It’s not complete. It would be like taking my one-year-old daughter for a horseback ride. It’s just not ready.”

Perrotti-Brown recommended it be put away for 22 years before drinking. Hooke agreed: “You won’t get your full value for money if you drink it now. For a lot of people it will be a little bit aggressive and a bit unformed.”

But even when it has reached its full maturity, how can you distinguish it from other good-quality wines? Bessell was outraged at the question: “Does dark chocolate taste better than white chocolate?”

It’s a subjective experience, even when you take into account the reasonable argument made by some expert drinkers that, after the $200 mark, price doesn’t correlate with quality.

“Wine is not the same. It’s not Coca-Cola. Some people look at wine and they want to go chasing experience. It’s about encapsulating a moment in time, and sometimes wine is that. It’s a moment in time,” said the poetic Bessell.

Interestingly, the price itself will make it taste better. Blind studies have shown that very few people can distinguish between a cheap wine and an expensive one, but people also report liking wine more when they think it costs more. Coming from South Australia’s Barossa Valley also adds to the Penfolds allure.

“There’s mass produced wine that will always taste good but not of where it’s from,” Bessell explained. “They are scientifically correct and have enough elements that produce a thing called wine in 750mls and then there are things that speak about where they’re from and that will always come at a premium because it’s very easy to produce something on a mass scale.”

Would Hooke recommend the new Penfolds to someone with a modest budget who is chasing a quality drinking experience? “No. It’s an outrageously expensive wine, and only very wealthy people could justify spending that. Certainly there are a lot of wines that are far cheaper than Grange that will give you satisfaction,” he told Crikey.

Tips from the master include The Mount Langi Ghiran and the Clonakilla shiraz viognier, both selling at $90-150 per bottle.

About 1979 or 1978, our son persuaded me to buy, for $12.00 each, two bottles of Grange at the local bottle shop. He then cooked a special meal for a couple of his favorite teachers. (His father and I were allowed to attend as we lived in the house and were actually paying the bills, and the teachers were our friends). He served the Grange, which was our first taste of that particular wine.

We later bought one bottle, which we drank at a Christmas lunch in about 1989 or so. We were delighted, when our previously philistine daughter admitted that she could agree that it deserved the fuss.

Since the, our sips of Grange have been rare, mainly at the expense of an academic friend, who had laid down a store at the kinds of prices that our done had paid.

We now live in Adelaide, and pass the Magill Winery very often, but we reserve our purchases to Bin 389 “Baby Grange”. Hensche’s Hill of Grace is now also out of our range, although we have shared a goodly number of bottles, bought in earlier days with our friends.

Interesting stuff Sasha. As a long time “poor person” who loves wine,
I’d thought that Grange had long since moved beyond anything I would ever taste.
Fortunately, a couple of years ago, an obliging rich relation shuffled off and his wife decided to put on a wake using a small part of his epic wine cellar.
I actually got to taste some 65 & 66 Grange. Bloody amazing wines that actually lived up to their reputation.

That said, I can’t conceive of spending $700+ on a bottle of wine, and then not being able to drink it for another 20 years.
However…. I confess *have* lashed out on the 2 wines Hooke mentioned (Clonakilla & Mt Langi) for around the $100 mark and they were worth every cent.

Starved for a week to buy each one of them, but they were far better than a meal in an up market restaurant, and delivered twice as much joy.