Memo to the RBA: consider this before cutting rates

While we're assuming there'll be further interest rate cuts, the big banks have a more optimistic view of how the economy is travelling. Glenn Dyer and Bernard Keane report. 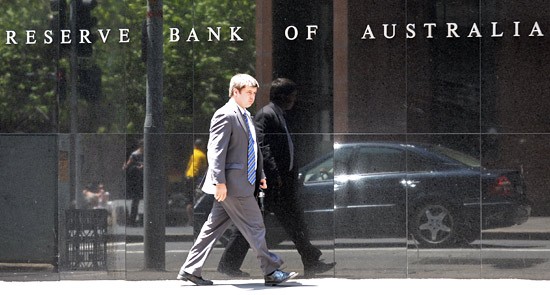 Don’t be too confident about an RBA rate cut tomorrow or, for that matter, in June. Why? Ask the banks.

On the weekend, market sages (Westpac’s chief economist Bill Evans and AMP’s Shane Oliver) told readers of their weekly missives that the softer news from the overseas and local economy meant the RBA had room to cut rates again. But both believed it wouldn’t move until June, after next week’s budget and with the benefit of more data on first-quarter economic performance — the April jobless data this week and the business investment figures for the March quarter later in the month.

Does the economy need (another) cut? While we’re travelling at just under trend (GDP growing around 2.5%), inflation is low and unemployment low, though it may be edging up. But housing has yet to really respond to repeated RBA cuts, credit growth is still slow and so is non-resource investment.

That said, two key parts of the economy continue to do well.

Friday’s car industry sales figures for April show we’re still buying cars in record numbers — sales are now running more than 5% ahead of 2012, which was itself a bumper year. And leading retailer JB Hi-Fi surprised with a profit upgrade for the 2013 financial year — with two months to go. The 11% rise in earnings predicted by the company adds to the better news on retail sales we saw in January and March. That better news continued today with the ABS’ retails sales data for March. Sales grew 0.4% in trend terms in March, following 0.4% rises in trend terms in January and February. And while turnover at current prices was down in seasonally adjusted terms (-0.4%) it was up 2.2% in volume terms. That is, consumers are buying more, but retailers are still discounting.

If two sectors as heavily skewed to consumer confidence as car purchases and consumer electricals are doing well, and retail generally is performing solidly, is a rate cut really needed while 1.75 percentage points of cuts since late 2011 are still working their way through the economy?

And then there are there are the latest reports of our biggest banks, led by the ANZ and Westpac last week (the NAB reports this week). Record results, dividends and rising share prices tell us investors are not nervous about the outlook for the banks. And the banks, their managements and boards are so confident of the future that their bad debt provisions all fell in the six months to March, according to their reports to the ASX.

For example, Westpac said on Friday that it had cut its provision for bad debts by a massive 28% to just $438 million, as souring loans fell in its key business, its Australian domestic retail unit. That’s the one that sells home loans, credit cards etc. Westpac is the country’s second-biggest home lender.

If the banks were really worried about the outlook for the economy, they would not be as aggressive in cutting their provisions, nor would the level of impaired loans be falling. The banks all add what’s called an “economic overlay” to their provisions and estimates of bad loans to take account of their view of the economic outlook.

Now, yes, the banks could be wrong, with boards and managements searching for ways to boost earnings at a time when investors want more. And they’ve erred in the past — 2007 and 2008 come to mind, when they missed the emergence of the GFC and failed to start putting more away for bad debts. They got caught and had to slash dividends, boost bad debt provisions and ask the market for more than $20 billion in fresh capital, and they also had to get emergency funding from the Reserve Bank in late 2008 when wholesale funding markets offshore dried up.

But on the basis that there isn’t an industry-wide error about the state of the housing loan market, the sluggish nature of domestic demand doesn’t seem to be ringing alarm bells at the banks. The Reserve Bank has already pointed out the falling trend in bad debts in the February edition of its Statement on Monetary Policy. The May edition is due out this Friday and will contain up-to-date forecasts for the economy and no doubt remark again on the latest fall in bank bad debts.

If restructuring small business debt is enough to keep businesses afloat and people employed, then that is the sort of hit the banks should be taking. But will they?

When it comes to debt collecting, banks not always the villain

Debt, like capital or labour, is a scarce resource -- it is the role of banks to ensure that debt is allocated efficiently. But baks are not always the greedy, fat-cat evil characters they are made out to be.

The banking sector tanked again today after ANZ came out with another unexpected operating update warning that bad debt provisions would hit $974 million in the latest half, writes Stephen Mayne.

I guess that shows what a crude weapon interest rate movement is.

Manufacturing needs a break to help counter the high AUD.

Cutting rates would help but what about the other sectors that don’t need it.

This government has no luck. Back then the ABS gave the RBA wrong data and the RBA raised interest rate a bit too much, after that the RBA has been slow behind the curve in cutting interest rate, and the big banks keep gouging customers which helps to slow down economic growth even more.

Something is going wrong with society when all people care about is the shareholders’ profits and not the common good of the whole society.

I don’t think the movement in bad debt provisions of the banks is a good guide to the future or to how the banks view the future.

Whilst their provisions do include an economic overlay (as pointed out in the article) the overwhelming driver of the provision is the recent historic experience of the loan portfolio.

If this sounds crazy, it it an outcome determined by the accounting standards. These standards changed 5 or 6 years ago, and the practice of provisioning for a rainy day, which was being use to smooth profits was outlawed.

Any more cuts and people reliant on term deposits (currently giving low returns) will curb their consumption even further.