Will the NDIS actually get support at the ballot box? Richard Farmer suspects it will end up being a political suicide note. Plus other views noted along the way.

Which sentiment wins out is to be tested at the ballot box on September 14, and I am backing selfishness over altruism.

Today’s announcement of a 0.5% “levy” on incomes to pay for a National Disability Insurance Scheme looks like a political suicide note to me.

Peace in her time. Tasmanian Premier Lara Giddings must be the political optimist of all times if she believes what she said yesterday after the state parliament finally passed legislation described as a peace deal between the forestry industry and environmentalists. 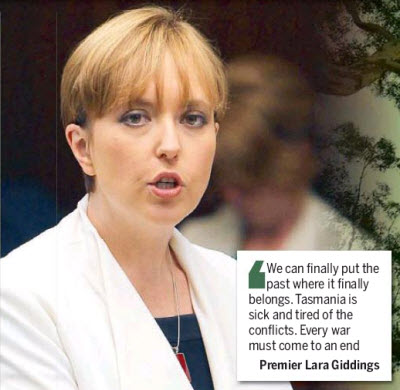 Giddings might have got most of her state Green coalition partners to support the deal, but federal Greens leader Christine Milne was having none of it. She declared the deal “dead.”

And on the other side of the political divide the Liberal Opposition leader Will Hodgman vowed to change things if and when he formed a government.

Peace in her time? Not likely.

No interest rate relief. The odds are still favouring the Reserve Bank board leaving official interest rates unchanged when it meets next Tuesday. The Crikey Interest Rate Indicator this morning: 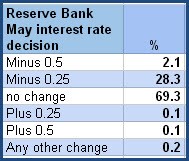 A message from Craig Thomson. It is easy to sneer at the request from the now independent member of the House of Representatives Craig Thomson for donations to help him pay his legal fees, and I’m sure many people today are doing so. I am not one of them.

Having had a few experiences of court appearances over the years I know about the staggeringly high cost of the justice system. An MP’s salary might be $190,000 or so a year, but at the rate decent lawyers charge that amount is eaten up in no time.

Proper access to justice these days is only for the very, very rich. 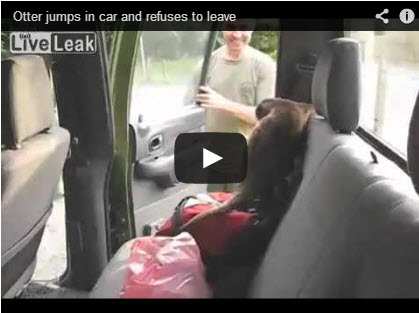 Hey Hey election in May?