Labor's poor performances in 2010 may ensure it only loses the next election, rather than being wiped out. 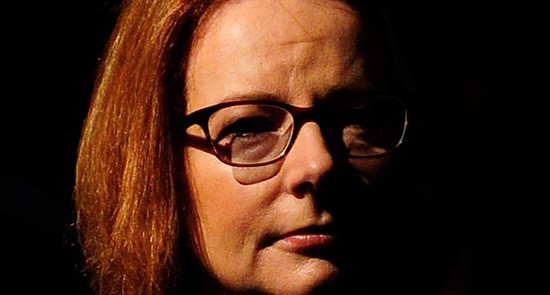 Despite facing a national swing of over 5%, Labor may be saved from humiliation on September 14 by its poor performances in Western Australian and Queensland in 2010, new voting intention data from Essential Research indicates.

Essential has collated federal voting intention data for January through to March, thereby providing large mainland state-based sample sizes even for the smaller mainland states. The result suggests, assuming a uniform statewide swing, Labor is facing the loss of a total of 13 seats in NSW and Victoria. It may also struggle to regain Melbourne, with the Greens vote strongest in Victoria.

At first sight the result looks far better than current expectations of a Labor wipeout. In NSW, Labor’s primary vote is on 34%, with the Coalition on 50%. The Coalition’s 57-43% two-party preferred is a swing of nearly 6% from 2010. Based on ABC analyst Antony Green’s electoral pendulum, that will result in the loss of Greenway, Robertson, Lindsay, Banks, Reid, Page, Eden-Monaro, Parramatta and Kingsford-Smith. Dobell, currently held by independent Craig Thomson, would also be lost.

In Victoria, Labor’s position is stronger — its primary vote is on 37% compared with the Coalition’s 45%. With the Greens on 12%, that translates into a two-party preferred outcome of 50-50 (the sort of position Labor would dearly liked to have reached now nationally). But Labor performed well in Victoria in 2010, and 50-50 still means a swing to the Coalition of 5.3%. That will mean a loss of Deakin, La Trobe and Corangamite,

In Queensland, however, Labor fared so badly in 2010 that even with a 56-44 two-party preferred outcome, ostensibly no seats are currently at risk, although Kirsten Livermore is retiring, which means Labor will lose a highly effective local member in Capricornia. The Coalition is on 49%, Labor on 31% and the Greens on 9%, but that’s a swing of only 0.9% against the government, almost but not quite enough to knock off the most marginal Labor seat, Moreton.

Similarly, in Western Australia, despite the Coalition leading 58-42%, that’s only a 1.6% swing, not enough to trouble Gary Gray in Brand. But the Coalition is polling so strongly in WA — 51% — that it is within sight of securing four spots if that vote is translated into the Senate, probably at the expense of Scott Ludlam. However, the Greens will perform significantly better in the Senate than that voting intention suggests, making the outcome hard to predict.

There are no results for Tasmania, where Labor fears it will lose at least one seat and possibly two, with Andrew Wilkie holding Denison on Liberal preference, or the Northern Territory, where Lingiari is on just 3.7%, although the new NT government’s shenanigans may have ensured that stays in the Labor column.

If Labor’s vote does fall further in Queensland, however, it will rapidly turn into a rout. It has four seats, including Treasurer Wayne Swan’s, on margins of up to 4.2%. With losses in Tasmania, that would reduce Labor to the low 50s in the new House of Representatives.

How sad it is that voters generally are too lazy to exercise their own votes. By ignoring how to vote cards and numbering boxes below the line, directing their own preferences. As for Labor nationally they have not really learnt their lesson. It is up to voters to do to Labor nationally what Labor from the top on down, is clearly not willing to do for itself as a party. Get rid of the dead wood! Edward James

If the Aussie voters put in an Abbott govt with all those Coalition state govts I reckon that would have to be one of the dumbest things I’ve ever seen…but then voting Labor out of QLD in a landslide was pretty dumb. I guess when you live in a Murdochracy you get dumber and dumber.

@Nasking. well said! Murdochracy is learning us good. ‘Never underestimate the stupidity of the public’

In Bizarro world, the tory party is looking at its Leader and thinking (sic!), “whatever affect he has on the Enemy, he scares the bejazus out of us!”.