Voters believe our participation in the Iraq War a decade ago was a mistake, today's Essential Report shows.

A majority of Australians believe joining the attack on Iraq was the wrong decision and believe former PM John Howard did so mainly to support the United States rather than because he believed former Iraqi president Saddam Hussein had weapons of mass destruction, new polling from Essential Research finds.

Some 51% of voters believe Australia going to war against Iraq was the wrong decision, compared with 23% who believe it was the right decision. Greens voters are the most negative, 76-7%, followed by Labor voters at 56-22% and Liberal voters, 42-30%. Some 56% of voters believe supporting the United States was the main reason Howard wanted to join the attack, rather than his stated reason that Hussein’s regime possessed weapons of mass destruction (18%). Just 9% believe it was in order to access Iraq’s oil. Liberal voters were much more likely to accept Howard’s justification than other voters, with 26% believing his WMD argument.

However, when voters were asked their view on Howard’s recent justification for Australia’s participation, that it was in Australia’s national interest and that the removal of Hussein’s regime has been beneficial for Iraqi people, opinion is much more mixed: 44% agree with him, compared with 37% who disagree, although the responses strongly followed voting intention, with 58% of Liberal voters agreeing with Howard and 50/58% of Labor and Greens voters disagreeing with him.

Last week’s passage of gay marriage laws in New Zealand and NSW Premier Barry O’Farrell’s support for a conscience vote in the Federal Liberty Party appear to have had little impact on attitudes in Australia: 54% of voters support same-s-x marriage, down a point since August last year; opposition has fallen 3 points to 33%, with a rise in Don’t Knows to 13%. More Liberal voters oppose gay marriage than support it, 44-42%, while Greens voters strongly support it, 89-3%; Labor voters support at 64-26%. That’s a substantial narrowing among Liberal voters, who were opposed 50-41% last year, though support has weakened among Labor voters, down from 68%.

Support for the Gonski education funding recommendation has also softened, down 3 points to 62% compared with July last year, with support up to 14%; Labor and Greens voters are essentially the same on the issue and strongly supportive; Liberal voters are more mixed but still  supportive, 49-31%. However, the government’s plan to partly pay for the Gonski funding requirements through reducing tertiary education funding is approved by 43% of voters, with only 40% supporting. Labor voters are supportive; Liberal voters opposed and Greens voters evenly split.

On voting intention, no joy for Labor: primary vote levels for all parties remain unchanged from last week. The Coalition is on 48%, Labor on 34% and the Greens are on 9%, for a two-party preferred outcome of 55-45%. 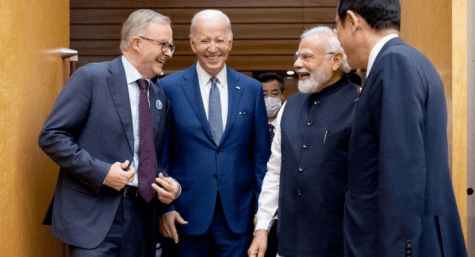 My reading of the above article confirms confirm pretty much what we all know. Liberal voters think wars are in the national interest, don’t like gays & don’t care much for education reforms. They sound like a great bunch of people.

That depends on the gay.

What ever happened to building strong families with good morals
Even Russia learned that lesson. Strong families equals strong country, break down the “normal” family at your peril.