Recent data shows that without Australia's population boom, we'd probably have greenhouse gas emissions under control. So why is no one talking about whether an Australia of 62 million is environmentally sustainable? Forget the carbon price, forget the opposition’s Direct Action climate plan. Australia could probably meet its targets to reduce greenhouse gas emissions without either, provided we did one thing. But you won’t hear the politicians talk about it.

A statistical analysis by Crikey, based on data released this week, indicates that if Australia’s high population growth rate were reined in, the country would already be meeting its targets to cut pollution. In fact, we’d probably be under those targets.

The federal government’s data on greenhouse gas emissions for the December quarter points to the major impact the population boom has had on Australia’s emissions. Here’s the Crikey number-crunching that shows why it might be time to talk about the environmental impact of Australia’s growing population. (This is a crude statistical analysis, but you won’t find the government — both major parties support and plan for significant population growth — doing it. So we had a go.)

Australia’s per capita emissions actually dropped between 1989 and 2012. But the population increased by 35% during that period, and overall national emissions soared by 32%. That took national greenhouse gas emissions from 418 megatonnes a year in 1990 to 552 megatonnes in 2012 (a megatonne is 1 million tonnes).

Australia has a high rate of population growth, caused in part by a relatively high rate of immigration. What would the country’s emissions be if that was not the case?

The ABS calculates that in the decade to 2007, the population grew by 1.3% pa on average, with “just under half from net overseas migration” (the rest comes from births). The proportion of population growth coming from migration increased to more than half at the end of that period; last year the federal government said migration “has in recent years had the largest impact on overall population change”. In 2009, migration provided 65% of population growth.

And based on the government’s calculation of current per capita emissions, that would give us total national emissions in 2012 of 495 megatonnes. So our actual total emissions are 11.5% — or 57 megatonnes — higher than if we had had net zero migration.

“The short answer is that we may well be meeting that (emissions) target already if we did not have the population boom.”

So what? Well, the body politic is consumed with how to meet the bipartisan target to reduce national emissions to 537 megatonnes of emissions per year in 2020. It’s an issue that has toppled prime ministers, helped decide elections and keeps politicians awake at night.

The short answer is that we might well be meeting that target already if we did not have the population boom.

With the swelling population, it’s a different story. Australia’s headcount stands at a ticker under 23 million. The ABS predicts there will be between 31 million and 43 million of us in 2056. By 2101, the ABS estimates it could be as high as 62 million.

This above analysis is rough and is no substitute for rigorous modelling by teams of economists and demographers. It’s worth bearing in mind that per capita emissions simply divide up national emissions by the headcount, yet a chunk of those emissions are not from individual people, they come from industry (including export-oriented industry). So some of the increase in total emissions would have happened regardless of population growth. Also, it’s difficult to directly compare population growth and emissions for the exact period 1989 to 2012. However, the numbers crunched here do point to an aspect to the climate debate that is seldom discussed at the political level: more people means higher emissions.

Former prime minister Kevin Rudd famously declared he believed in a “big Australia“; in the ensuing criticism both major parties toned down the rhetoric, but neither major party has moved away from significant population growth fuelled by skilled migration.

He says Australia should address the problem rather than “add fuel”. “We’ve already got a really big emissions footprint … certainly taking another look at our skilled migration would help reduce the growth in our greenhouse gas emissions,” he said.

Mohr calls on politicians to debate the impacts of population growth on the environment and cities. He adds the ACF did not support reducing Australia’s humanitarian intake, which is a fraction of the overall migration intake. In the 2010 election campaign, Prime Minister Julia Gillard said:

“I do not believe in the idea of a big Australia; an Australia where we push all the policy leavers into top gear to drive population growth as high as we can. Australia cannot and should not hurtle down the track towards a big population.”

However, Labor has done little to seriously challenge projections of significant population growth (apart from criticising the 457 visa program). Tony Burke, the federal Minister for Population, has issued 46 media releases this year, but none appear to be about population. Last year Burke issued an 86-page sustainable population policy, which appears to make no recommendations on what Australia’s population should be. 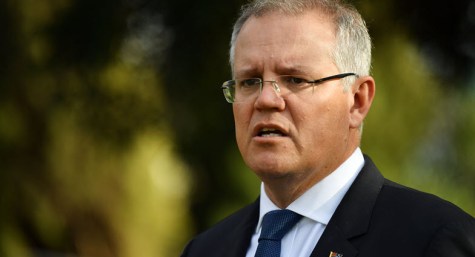 Want to save the planet? Don’t have any children

Not only could we meet our target (if not our proportion of what is actually required), capital cities would not be choking in congestion. Our population policy is a ponzi scheme which exists solely as a driver of demand which props up growth which is a religion to economists and politicians and no party will tackle it. More consuming units and cheap labour for the captains of industry.

We will follow those other high immigration countries, the US & UK into the gutter and become a third world country when our resources are no longer sought.

Time to speak out Kelvin

Human nature and self-interest – only when life becomes uncomfortable will there be anything done like that – then it will be too late.
We need to plan and act now, for the future (our kids).

Who are these demographers and economists trying to kid, the world environment cannot handle the population it has now, let along Australia. Report in the SMH stated India now has cronic shortages of water, some instances that towns and cities have run out of drinking water. Then we have China where pollution is also chronic and adversley affecting the health of the population.
Before Australia reaches the capitalist dream of 65 million we will run out of drinking water, arable land (thanks partly to mining, particlularly CSG) and all of the air problems they are having in China.
Somewhat has to call a stop to this insanity, but it won’t be politicians, it will be forced on us by nature.

Seriously, how can one ever seriously consider renewing the Crikey subscription with diabolical crap like Cathy’s??