From a suburban dance studio a decade ago, Gideon Obarzanek brings his slice-of-life play to the Sydney Theatre Company. It's a charmingly clumsy tale.

Gideon Obarzanek’s Dance Better At Parties has been hanging around, in one form or another, for almost a decade.

It all began in a dance studio in the ‘burbs. I think I know the kind. When I was at high school, among us was a boy of, as I recall, Filipino origin, who had some prowess as a ballroom dancer. At our school, that wasn’t exactly the kind of thing you shouted about in the quadrangle, but it did engage a few of us who, while keeping up appearances of trademark Aussie masculinity which essentially precluded such proclivities, quietly showed some interest and, as a result, by and by found ourselves taking lessons, after school, at the Snowy River Ballroom (as I recall) in beautiful, downtown West Ryde.

The attraction, of course, wasn’t so much learning to cha-cha or foxtrot, but trotting ’round after any foxes we might spy with our testosteroned eye, at the regular Saturday night socials. It was all very well in theory, but I had two left feet and not a breath of courage to approach any skirted thing. The steps were taught by old ducks (or women who seemed to be well past their prime by 15-year-old, chauvinistic schoolboys), with permed, peroxided hair; strappy, heeled shoes; too much makeup. Think, strictly, bygone ballroom. Or is it?

Obarzanek found himself, I know not why, watching a private lesson between, one gathers, a paunchy, mid-lifed bloke and “an elegant and graceful young woman”. Bugger: they didn’t make ’em like that in my day. Mind you, I wouldn’t have known what to do, except blush, if they had. Obarzanek was, apparently, quite taken by her tenderness, in guiding and encouraging him, despite his ineptitude. He responded shyly and self-deprecatingly and this, it seems, was the real dance they were sharing. Clearly, it was irresistible as thematic, schematic and narrative material.

It just so happened GO was searching high and low for men to interview for a doco about their experience of and with dance. From this point on the line between reality and fantasy seems to blur just a little: this isn’t, strictly, docudrama, but has its feet firmly in the shoes of real men. The particular subject upon whom GO settled was a single father who’s wife had been killed in a car accident. He and his daughter, it appears, were lucky to survive. He had been rendered lonely and his take-up of Latin ballroom dancing was a bold move designed to help himself move past his tragedy and isolation. It was, and is, heroic and heartrendingly so.

Renee Mulder has transformed the length of Sydney Theatre Company’s Wharf 2 into bare, polished boards and little else. I emphasise length, for Mulder has, and it makes for a metaphor of vacant space in the lives of dancer and instructor. Enter Rachel. We see her getting changed for work. She gleams up a little, in deference to tradition. Enter Dave, tentatively. There’s an awkward exchange, as Rachel coaxes him to talk. The big O, a choreographer himself (and former artistic director of Melbourne’s Chunky Move) has made a wise selection in recruiting Jessica Prince as dance instructor and choreographer: Elizabeth Nabben, who plays Rachel, seems like the real deal, with years of tuition under her belt, rather than mere weeks.

Nabben informs Rachel with profound humanity. She is, by turns, reticent, fearful, self-doubting, anxious, tender, compassionate, annoyed, hurt, funny, angry, frustrated, conflicted and confused. In other words, Rachel becomes a fully-rounded believable character, rather than a stereotyped vehicle for comedy or drama. It’s a sensitive, finely-judged performance, which credits bone Nabben and Obarzanek.

No less so, especially at the comedic end of the spectrum, Steve Rodgers’ Dave is unassuming; the kind of bloke that goes with the flow and accepts the cards dealt him with awkward equanimity. He’s so easygoing, it’s almost impossible to imagine him as fractious, even under the most trying circumstances. Rodgers makes him recognisable; a bear of a man in need of a hug and we all want to give him one. He’s such a Dave, even down to his initial deference to Rachel calling him David, or Davey. He clearly hates Davey, but he’d never really let her know. He merely suggests, “maybe not Davey”. It’s emblematic of the character.

Rachel has higher hopes for him (not in a heavy-handed way, but she’s nonetheless eager to impose her aspirations on him), but Dave, as we learn, just wants to dance better at parties. They make an unlikely couple, but so do many, but they both struggle to confide their feelings and expectations so, tragically, keep deflecting and just missing each other. Nabben and Rodgers walks us through this verdant garden of uncomfortable emotions such that we feel the pain of their characters. Body language s doing all the talking between them, so dance is an ideal vehicle for charting and calibrating the roles-coaster of a relationship-in-waiting.

Of course, it’s not all angst-ridden; the set-up opens the door to much good-natured humour and it’s present in abundance.

As a sidelight, it’s liable to make you want to have a crack at Latin ballroom yourself: these characters are so much more accessible than the sequinned celebrities preening, prancing and parading on those TV shows. If there’s a fault (and I do say if), it’s that, in having the cent redness and courage to opt for a gentle dramatic pace, the momentum is sometimes in danger of lagging and lapsing. But it never really languishes, all the same, and the refreshment of having the script and performances lap, for the most part serenely, against the shore of one’s consciousness, as against waves of clumsy theatrics crashing upon and almost crushing it, is welcome indeed.

I sincerely hope we see more, and soon, from the same team of sensitive souls.

The details: Dance Better At Parties plays the Wharf 2 theatre until May 11. Tickets on the STC website. 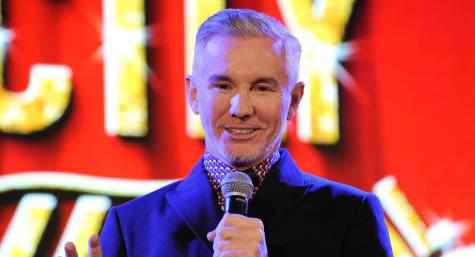 Mark Latham: dancing with the stars (and not answering questions)