The Obama administration's campaign against the press has extended to criminalising attempts to accurately cover the cybersecurity industry. 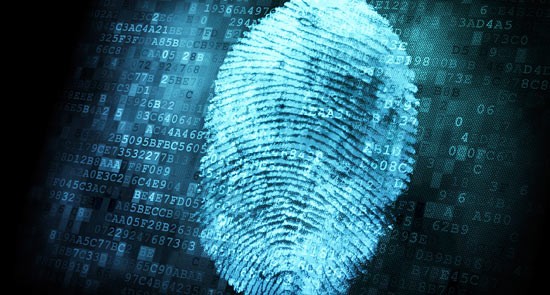 The Obama administration has declared a public research project examining cybersecurity to be “criminal conduct” in another of its ongoing attacks on the press.

As Crikey reported a fortnight ago, the US Department of Justice issued a subpoena to network services provider Cloudflare demanding information on researchers, activists and online journalists who formed part of Project PM, a collaborative international project aimed at using publicly available information to examine the burgeoning cybersecurity industry and its links with the US government. The subpoena was issued as part of the prosecution of writer (and sometime Crikey contributor) Barrett Brown for crimes including sharing links.

In an extraordinary response to efforts to quash the subpoena, the US Justice Department has filed a notice of dismissal in which it insists:

“Project PM served as a forum through which defendant Brown and other individuals sought to discuss their joint and separate activities and engage in, encourage, or facilitate the commission of criminal conduct online.”

Crikey published some of the results of Project PM’s work in 2011 — the revelation of a huge US government program to spy on Arab social media users. That presumably makes us some sort of accessory after the fact.

Claiming that a collaborative online research project using publicly available information is “criminal conduct” is only the latest example of the Obama administration’s ongoing attacks on press freedom. In addition to charging Brown merely for sharing a link to a website, the US government has also charged Bradley Manning with “aiding the enemy” in releasing the WikiLeaks cables, and explicitly stated that the same charge would apply if the material had been released to a US newspaper like The New York Times.

The administration has also launched repeated prosecutions of whistleblowers under the Espionage Act — more times than all previous administrations combined — and sought to force journalists to reveal confidential sources. Senior journalists are expressing serious concerns about the chilling effect Obama’s attacks on the press are having on investigative journalism.

As with the prosecution of Manning, the Obama administration and some US state prosecutors have also pursued a policy of exemplary punishment of online activists, seeking decades-long sentences for hacking or copyright breaches in an effort to deter others from using the internet to embarrass corporations or engage in protest action. The combined result is one of the greatest attacks on press freedom since the Alien and Sedition Acts of the late 18th century.

The attempt to criminalise accurate reporting on cybersecurity issues again begs the question of why many mainstream media sources remain either eager to spread hysteria about cybercrime (as The Australian Financial Review has recently done) or indicates their journalists are too lazy to check the claims made by government and industry. This is particularly the case when one runs the ultimate reality check on the corporate impact of cybercrime by looking at what companies disclose to investors under “material impacts” disclosure rules. As Businessweek recently noted, a number of large US companies have said they have suffered no material impacts from cyberattacks.

But the cyberhysteria continues. And it’s becoming increasingly dangerous to try to expose it.

Shows the left and right are just as bad with attacks on press freedom and whistleblowers. I wish public attention would focus on their individual freedoms instead of the usual stop the boats and here is some of your tax back campaigns.

You shared a link? Wow. Prepare for extradition. It’s not like our magnificent government – whatever its stripe – would do anything to help once the Land Of The Free decided it wanted you in an orange jumpsuit.

It is stories like this that keep me subscribed.

For the obvious reasons this is a magnificent piece, but again it also highlights the ineptitude of the Obama administration as it rubber-stamps and endorses every piece of existing law and new legislation that underpins deprivation of liberties and freedom under the false pretext of security.

This Punch and Judy show is tiring. Obama is a puppet who knowingly and willingly works towards and for the hidden global agenda of one world govt, one world religion and one world currency.

@ronhoenig1, whats the left got to do with this? The US hasn’t had a left wing president since Carter.