One Big Swindle? Insurance Switch not all it’s cracked up to be

The One Big Switch campaign claims to offer discounts of hundreds of dollars on private health insurance in a win for "people power" and consumers. But does it deliver? Crikey intern Ben Westcott investigates.

If you read News Limited newspapers, you’ll know about the One Big Switch campaign. It made headlines last year when it tackled electricity, claiming to offer consumers discounts of up to 16.5% on electricity providers’ prices. Now it’s taking on private health insurance, using “people power” to get 10% discounts from the Medibank-owned insurer ahm.

The consumer network says more than 115,000 people have signed up to the health insurance campaign, which is billed as “saving families hundreds of dollars a year”. So does it? A Crikey investigation has found you’re not going to save very much money by switching to ahm, and it might actually cost you more. Crikey went to five of ahm’s competitors: Bupa, Westfund, HCF, Medibank Private and NIB. We got estimates based on the profile of a 35-year-old Victorian man (coverage in Victoria is more expensive than elsewhere) earning less than $80,000 a year who had previously had health insurance. We included the 30% Australian government rebate and excluded lifetime health-cover loading.

A 10% discount brings ahm solidly into the middle of the pack in terms of price. Before the discount, it was one of the more expensive providers in Australia.

“It’s like a big campaign that claims to have negotiated a discount on, say, a credit card from a bank that already has one of the highest interest rates,” Westfund chief operating officer Phillip Berner wrote to Crikey. “You might get excited at first — until you learn the discount still doesn’t bring the rate down to the best deal you can find elsewhere for yourself.”

Often seen spruiking One Big Switch is co-founder (and ex-Kevin Rudd spin doctor) Lachlan Harris. One Big Switch director of campaigns (and former face of consumer group Choice) Christopher Zinn defended ahm’s discount to Crikey: “I would agree, they’re not necessarily the cheapest, they’re one of the midway operations, but we think that they offer value. Before this the only people who got discounts were people who worked in associations, you had to work somewhere or belong to an association to get them. As far as we’re aware, this is the first discount around health insurance that is available to anyone.”

Victoria Hanlon, media advisor for ahm, told Crikey it shouldn’t be just about price. “Basically this offer is an opportunity to attain ahm’s quality health insurance at a competitive price. When people are comparing and considering health insurance they shouldn’t just consider price, they need to consider their needs. This is an offer we’d encourage them to consider,” she said.

Private health insurance is a complicated industry. Policies that might appear to offer the same level of cover often contain subtle differences — for example, ahm and NIBs’ top-level extras coverage. NIB is $10 more a month, but the insurer will pay more for your psychology, physiotherapy, optical, osteopathy and chiropractic needs than its competitor, even if you’ve been with ahm for over 20 years. And that’s after the discount.

As a general rule, we aimed for a $500 excess across the board, but some policies only offered $250, and one expensive option had none. With ahm’s One Big Switch offer, you can choose your level of excess with higher-end policies. Cheaper options have a compulsory $250 co-payment, with a maximum of $500 per hospital visit. How you pay your excess is another factor. With some not-for-profits, like Westfund and HCF, you won’t pay excess for day surgery — only once you spend the night do you have to pay up. However, all the for-profit funds we spoke to, including ahm, ask for an excess (or co-payment) even if you aren’t staying the night.

Westfund’s basic offering is the most expensive of those we surveyed. However, it includes cardiac cover, which you don’t get with ahm until their second highest level of insurance. Berner believes some of the cheapest health insurance offers are unethical:

“We don’t like to sell people a level of super cover that is basic or avoids heart attack [coverage], because it’s immoral. We all know someone who is fit and healthy at 35 and then suddenly has a cardiac issue. You’d be surprised at the number of people of even advanced age that buy a product that excludes knee replacements and they get to an age where they’ve forgotten it excluded it. Then you find yourself in a situation where there is a $35,000 bill.”

Private health insurance providers recently received permission from the government to increase their premiums. From last week, the average increase across the board was 5.6%. However Medibank and ahm increased their premiums by 6.2%. It’s worth noting One Big Switch gets a commission of 15% on each new customer gained through the campaign. This is on their website, in the small print.

Zinn says One Big Switch’s aim was to encourage competition. “We’ve always said, ‘Look at the offer and shop around’. The majority of consumers, maybe for the first time in years, will look at their cover — ‘what have I got, what am I paying?’. We deliberately don’t do a hard sell with the ahm offer. For some people it will work very well and for some people it mightn’t. It really does depend who you’re with and what you want,” he said.

Get Fact: did half-a-million Aussies drop health insurance this year? 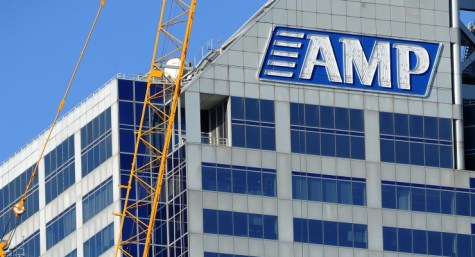 “Would you buy a car off Murdoch or one of his salespeople? Or a paper, if it didn’t have the form guide, sports, births and deaths, and Weekend Shopper?”

Does news ltd have a stake in big switch? This is like an advertorial?

One big switch marketing techniques are somewhat dubious. Advertising 10 20 or any % off raises the question off what??
It is the same technique that the energy companies use and it is based on keeping the consumer confused.How many consumers are aware of what their rate per kilowatt hour is on their electricity bill?? Not many because you never see an energy company advertising the price and it hard to find in the fine print. This type of marketing is misleading and should be regulated so that the price becomes part of the headline.

Ah, I thought it was ‘switch’ as in “I’m a gonna tan your hide with this willow switch Huck Finn”.