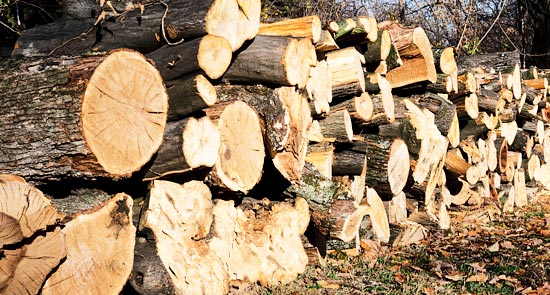 The Australian native forest sector has been in decline for the past two decades and all but fallen off a cliff since the onset of the global financial crisis in late 2008. My paper issued today by The Australia Institute traces this decline. The forestry lobby has tried to lay the lion’s share of the blame for its predicament at the feet of the environmental movement, claiming that increases in forest reserves and campaigning in Japan have restricted its access to logs and stifled demand.

But the problem with the tale spun by the industry is that it requires the suspension of reality. Basic economic principles suggest that when the supply of a product is restricted, its price will rise. This was vividly illustrated in the aftermath of Cyclone Larry and Cyclone Yasi in 2006 and 2011. Both cyclones caused extensive damage to banana plantations in Queensland, triggering sharp increases in banana prices.

In contrast to this standard market response, the restrictions imposed on the Australian native forestry sector since the mid-1990s have not resulted in an increase in the price of native hardwood products. Indeed, for the past 10 to 15 years, the real prices of these products have been largely stagnant or falling. Over the same period, harvest, haulage and processing costs in the native forest sector have been rising. If costs increase and prices fall, output should decline, as it has in the native forest sector.

The other well-worn line from the forestry lobby is that campaigning by Australian environmental groups is the reason why the Japanese pulp and paper industry has turned its back on native woodchip suppliers. This too is stretching reality. The native forest sector has faced intense competition in woodchip markets from plantations. Up until the early 1990s, approximately 90% of Australia’s plantations were softwoods, which were intended to provide sawlogs for solid wood product markets. Since 1990, the profile of Australia’s plantation estate has changed dramatically.

Between 1990 and 2011, about 700,000 hectares of hardwood plantations were established, most designed to produce tax benefits for investors and woodchips for export. As these plantations have progressively reached harvest age, they have captured market share from native forest suppliers in woodchip export markets. On top of the competition from domestic suppliers has come a surge in exports from south-east Asian plantation producers, particularly in Vietnam and Thailand. In 2000, Vietnam exported just over 400,000 cubic metres of woodchips. By 2011, its chip exports had ballooned to 10.4 million cubic metres, a 2300% increase. Over the same period, woodchip exports from Thailand rose by 630%, from 0.8 million cubic metres to 5.7 million cubic metres. Vietnam and Thailand are now the world’s first and third largest chip exporters respectively (Australia comes in second).

“Governments should be wary of falling for a form of sunk cost fallacy, where they ‘throw good money after bad’ …”

This is not to say concerns about the sustainability of native forest chips have not affected demand, or that the increases in forest reserves and changes in forest management regulations have not affected supply. Both have contributed to the shrinking importance of Australia’s native forest sector. However, they have not been the primary drivers of the trends in the sector. The contraction of the native forest sector is primarily attributable to structural changes in the domestic and international supply and demand for wood products.

Federal and state governments seem to be in denial of this fact and are in the process of conjuring up rescue packages to save the sector from complete collapse. This is what is occurring in the Tasmanian Forest Agreement process. Politicians and others are selling the agreement as a conservation initiative. In reality, it’s an industry assistance package dressed in green.

This cycle has been seen before. Facing market-induced structural reform, the sector reaches for taxpayer subsidies and, to make it palatable to the electorate, governments bundle the assistance with a transfer of state forests to national parks. This serves the political needs of governments and provides a temporary reprieve for the sector.

Little has been learnt from these previous processes, least of all the simple lesson that subsidies can only hold back the tide for so long. Just as billions of dollars of subsidies have failed to stop the contraction in the Australian car industry, handing over more assistance to the native forest sector will not cure it of the market pressures that are pushing it toward oblivion.

The only glimmer of hope for the native forest sector is that it might be saved by growing Chinese demand for woodchips and emerging markets for bioenergy and biomass feedstocks. While it is possible these new markets might revive the sector, it is unlikely. The sector is uncompetitive and getting more so. In all likelihood, its structural challenges will persist, meaning any government assistance package will merely postpone the inevitable.

Governments should be wary of falling for a form of sunk cost fallacy, where they “throw good money after bad” in a futile attempt to perpetuate an activity that is not economically viable.

* Andrew Macintosh is an associate professor at the ANU College of Law and is acting director of the ANU Centre for Climate Law & Policy. His paper on the Australian native forest sector was released today.

Timber looks to bailouts, concessions to ward off undertakers

The waste in Tasmania’s forests: most timber left to rot

Data crunch: how many (con) jobs are there in Tassie forestry?

Spot on with the economic analysis. In fact it was the Greenies, around 1996 that first analysed the inevitable upcoming glut of wood products stemming from plantations. Some that have been around since the 1930’s! The additional boom in planting through the 90’s exacerbated this. Tragically the transition that could have been made more smoothly to an all plantation base for the vast bulk of our needs, thus preserving more jobs, at less taxpayer cost, and without the shocking destruction of native forest since then was opposed by a semi-corrupt industry, pandering politicans, a spectacularly myopic CFMEU (remember the rally cheering on John Howard…nice one) and the other usual suspects. Now that the forecasts predicted back then around 1995-96 are coming home exactly as predicted, we are in yet another round where we are trying to stop this stupid destruction of native forest and jobs. Lets not prolong it. If we are going to continue to put 100’s of millions of taxpayer money into jobs, lets make them ones that don’t wreck the environment at least.

To add irony to the timber industry’s woes, Vietnam has extensive plantations of Australian native trees but, at a fraction of the extraction costs.

The native forest (exploitation) industry is pinning its hopes on using woodchips for electrical generation. Don’t be surprised to see the coal-ilition push for new legislation to have this energy deemed renewable (reversing the current policy), after they inevitably win the coming federal election.

The idea of woodchiping this amazing building material is a complete mystery to me.