Whatever its flaws, Malcolm Turnbull's broadband policy had dragged the Liberal Party a long way in recognising the importance of broadband. Has he removed a key reason not to vote Liberal with this policy? 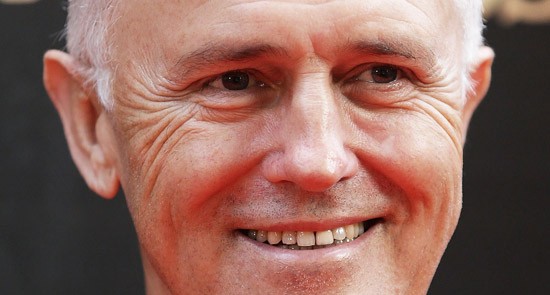 So, finally we have a Coalition broadband policy. Or, more accurately, we have a Turnbull-News Limited policy. News Ltd has provided free advertising for the policy, and kindly hosted yesterday’s launch at its Fox Sports studios at Artarmon in Sydney. And this is very much a Turnbull policy. What’s overlooked in the analysis of the merits of his policy is just how far he has dragged the Liberal Party on this issue.

On telecommunications generally and broadband in particular, the Liberals for a long time really did live up to their reputation as Luddites, far more so than the Nationals, who have long understood the importance of government provision of communications infrastructure. A decade ago, then-communications minister Richard Alston mocked broadband as simply a means to download p-rnography. And Coalition telecommunications policy was heavily restricted by former finance minister Nick Minchin, who was convinced that what was good for a vertically integrated, monopolistic Telstra was good for Australia. As late as 2010, the Coalition couldn’t produce a coherent broadband policy and its leader was being schooled by interviewers on the basics of broadband.

It’s in that context that Turnbull’s effort, whatever its flaws, should be partly judged. He has dragged the Liberals kicking and screaming into, if not the 21st century, then at least the mid-1990s, first in backing (or more accurately, not opposing) the structural separation of Telstra, and now in an almost-NBN policy.

At this rate, our two major political parties might eventually make up for the almighty mess both are responsible for on telecommunications over 20 years from the Bob Hawke to the John Howard governments.

But not yet. Turnbull has only got his party to the end of the street. The rest of the way will be on Telstra’s (in some places ancient) PMG (that’s Postmaster-General, for anyone under 35)-era copper network that is falling apart in many places and costs more than $1 billion a year to look after. This copper, Turnbull insists, will enable 50 megabits per second (Mbps) speeds and, apparently, never need replacement. If Greg Hunt’s “direct action” climate change policy relies heavily on Soil Magic, Turnbull is relying on Copper Magic to get from the tens of thousands of cabinets that will proliferate on our street corners into our homes.

“Whether the policy is saleable to voters is another story, although a not especially important one …”

But the looming problem is Telstra, which already has an arduously negotiated deal with NBN over access to its pits and ducts for installation of fibre to the home (FTTH). You can see Turnbull imagining himself personally leading discussions with Telstra to secure access to its copper, bringing to bear those famous negotiating skills that have intimidated many a commercial rival. Problem is, Telstra has both time and a monopoly on its side when people comes knocking and asking if they can please use its copper network.

There are some outs, though. If the extant copper network is too poor to do the job, which many claim it frequently will be, it’ll be replaced with fibre. Greenfields housing developments will, when developers aren’t illegally installing copper, all get fibre. To keep the Nationals quiet, Labor’s policy on regional and rural broadband has been retained entirely. It’s easy to see how Copper Magic could end up looking, and costing, a lot more like the NBN than the Liberals currently want us to think. Maybe that’s Turnbull’s long game.

Whether the policy is saleable to voters is another story, although a not especially important one given how far ahead the Coalition is in the polls. Its initial reception has been poor — even co-parent News Ltd appeared unenthusiastic about it, and The Daily Telegraph resorted to running another attack on the NBN rather than cover the policy in detail. Voters like the NBN a lot, and always have. There’s something half-baked about the basic premise of fibre to the node (FTTN), of going all the way to the end of the street, and then stopping, regardless of all the overseas examples Turnbull can cite. And for all of his work in getting the Liberals this far, his party still carries a Luddite air, particularly while it is led by Tony Abbott.

But Turnbull’s first challenge was to remove broadband as a clear and well-known reason for not voting Liberal. It’s a low hurdle, but he’s probably cleared it.

If the Liberals oppose the NBN, they have to back splitting Telstra

I don’t know. Broadband is still the most electorally vulnerable part for the Coalition. No-one likes Telstra as the monopoly supplying the last bit of copper.

For right-leaning politicians involved in deciding our btoadband future here’s some startling news: not everybody uses the internet for downloading p-rn.

Some Australians actually utilise it for business, medical, educational and social applications. Honestly.

Since Turnbull was appointed to destroy the NBN this policy represent a clear backdown by Abbott and Hockey and an opposition disunited and in dissarray, incompetent and indecisive.

The truth when elected they will; say the contracts are fixed and ee can’t do anything.

Abbott will the beable tpo bask in the gllory of a modern NBN without the political cost.

Unfortunatley he won’ty get called out on this

These people, Murdoch and Turnbull, are history’s true spoilers here.

It took Medibank followed by Medicare before universal health cover was established.

As with all good spoilers they pursue the goal of universal access to what will be a standard connection in the future in order to destroy it.

News Ltd’s unprofitable newspapers have been money well spent protecting the greater News Corp’s profitable side of the business.

Truly unAustralian and very American behaviour in the land of a fair go.

This nation has been Murdoched once too often in my view.

Trivial I know, but won’t these street corner cabinets be hoon targets? How will they be secured? How long to reconnect after being demolished?