Margaret Thatcher was much hated by the Left for her economic policies, warmongering and union-busting. But Jon Dee says she did a great deal towards starting the fight against climate change. 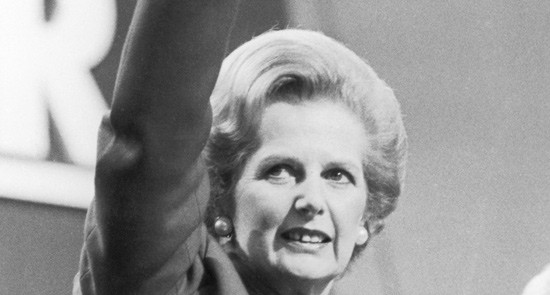 Many people’s first exposure to climate science was Al Gore’s An Inconvenient Truth. Gore took a topic that was beyond most people’s comprehension and made it easy to understand.

Back in 1988, however, it was a different politician who put the science of climate change firmly on the global agenda. That person was Margaret Thatcher.

As a fellow of the Royal Society, Britain’s national science academy, she presented a series of high-profile speeches on the topic of climate change. Her scientific expertise and degree in chemistry from Oxford enabled her to speak from a position of strength and knowledge about climate-related issues. She used that knowledge to act as a champion for the Intergovernmental Panel on Climate Change, and she personally opened the Hadley Centre for Climate Prediction and Research (the UK’s foremost climate change research centre).

What many people admired about Thatcher was her ability to embrace the potential of science to guide and lead the way on environmental issues. She embraced the “precautionary principle” years before other politicians did. As she once said:

“The danger of global warming is as yet unseen but real enough for us to make changes and sacrifices, so that we do not live at the expense of future generations.”

On November 8, 1989, she addressed the General Assembly of the United Nations about the need for nations to join together in tackling climate change. In a groundbreaking speech she eloquently set out the case for international action and argued for an ongoing role for the IPCC. Indeed, some would argue the IPCC owes its existence to the support that Thatcher gave it at that time. Her political understanding of the issue also led to her call for a global response that would bring about real change:

“It is no good squabbling over who is responsible or who should pay. Whole areas of our planet could be subject to drought and starvation if the pattern of rains and monsoons were to change as a result of the destruction of forests and the accumulation of greenhouse gases. The environmental challenge which confronts the whole world demands an equivalent response from the whole world. Every country will be affected, and no one can opt out.”

Some 23 years after that speech, the world is still lacking a global political leader with Thatcher’s scientific understanding and the will to tackle the climate issue head on. This was a problem that she herself foresaw. In her speech to the second World Climate Conference in 1990, she said:

“Our ability to come together to stop or limit damage to the world’s environment will be perhaps the greatest test of how far we can act as a world community. No one should underestimate the imagination that will be required, nor the scientific effort, nor the unprecedented co-operation we shall have to show. We shall need statesmanship of a rare order.”

Whether you agreed or not with her political outlook, Thatcher’s speeches on climate change have a timeless resonance and strength that are as powerful today as they were 23 years ago. As she herself said:

“We must remember our duty to nature before it is too late. That duty is constant. It is never completed. It lives on as we breathe. It endures as we eat and sleep, work and rest, as we are born and as we pass away.”

On hearing the sad news of her death, we should remember with gratitude the role that she took in tackling the issue of climate change. Her leadership made a real difference as the world grappled with the enormity of the task ahead. For that history will remember her well.

*Jon Dee is 2010 Australian of the Year (NSW) and founder and managing director of the Australian DoSomething! charity. He founded Planet Ark with Pat Cash in 1991.

That whole coal miners thing was just a ruse to reduce emissions! It all makes sense.

Merkel has picked up the batten to some extent. Another conservative female leader who also happens to be a PhD in chemistry. There is a battle raging at the moment in the German cabinet about the move to renewables but Merkel is staunchly pushing the change.

Some hope… a scintilla reflecting of a PV panel somewhere in Saxony… but some hope.

Wow how interesting! Getup or 350 ought to use the above quotes to lamblast the denialism of the MSM et all

It’s a shame she did not act on Climate Change after identifying the problem. Had she embraced the need to address Climate Change with the same vigour that she did most things, and convinced Reegan and others to also act, the world would be in a far better place now.

Don’t the denialists claim she was telling lies about all this as part of her war on the coal miners?