Rupert Murdoch has attacked Labor for being racist and portrayed himself as an immigration advocate. Does that ring true, given the stories his newspapers run? Crikey intern Ben Westcott trawls through the archives.

Yesterday News Limited chairman Rupert Murdoch, who is visiting Australia, took aim at Labor for being racist while portraying himself as a champion of immigration.

“I think the way they’re talking about the 457 [visas] is disgraceful and racist. I’m a big one for encouraging immigration, I think that’s the future,” Murdoch told Sky News from Darwin in relation to the Gillard government’s criticism of 457 visas.

We thought we’d trawl the archives for stories from Murdoch’s News Ltd publications over the last three years, relating to immigration and race issues. Judge for yourself whether Murdoch’s anti-racism crusade rings true …

In May 2012, The Daily Telegraph ran this piece: 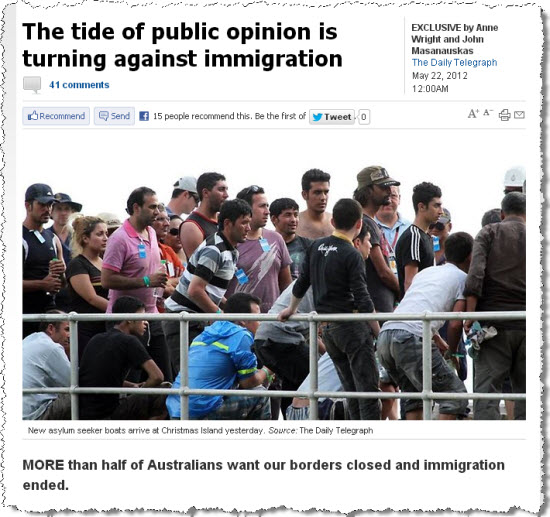 The poll beside the article said 67% of readers thought immigration should be completely banned. The paper followed up in October 2012 with a piece describing the diseases that asylum seekers carry:

Piers Akerman, a columnist for The Daily Telegraph, was once described by Murdoch as “one of News Limited’s greatest assets“. During controversial Dutch MP and anti-immigration activist Geert Wilders’ visit to Australia, Akerman published this:

“His message cut through strongly — Islamists make poor migrants in Western liberal democracies. We need to hear his message and think about what our misguided multicultural policy has wrought here.”

News.com.au published this last week on some of the “perks” asylum seekers receive once they arrive (such as medical care): 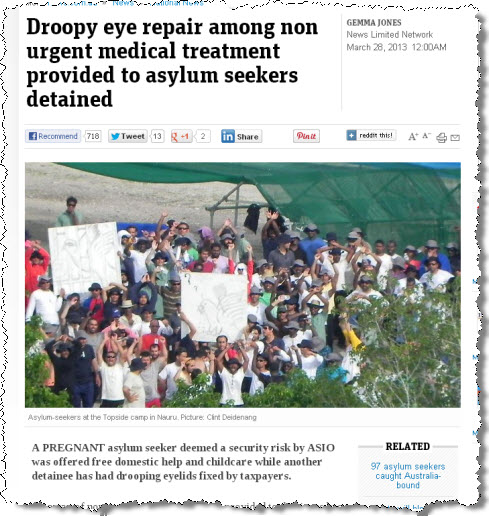 The Herald Sun has also persistently and extensively followed the issue of asylum seekers, writing this in November 2011: 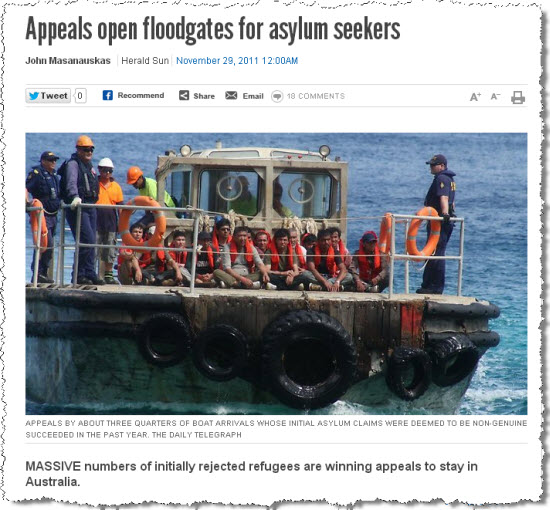 This year the paper raised concerns about educational requests by Muslim leaders: 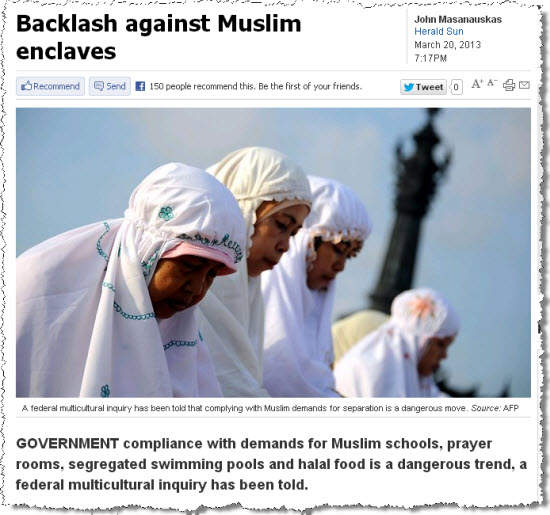 The popular Herald Sun columnist and blogger Andrew Bolt has found himself in trouble in the past for remarks others deemed racially discriminatory. He was taken to court in 2010 over two blog posts — “It’s So Hip to Be Black” and “White is the New Black” — in which he claimed “fair Aborigines” were emphasising their indigenous heritage to obtain political clout.

In 2011 Bolt wrote “Keeping up appearances on immigration“, in which he discussed immigrants who commit crime:

Murdoch’s critics have often claimed he exercises strict editorial control over his publications. Given his remarks this week, and the examples above, have they got that one wrong?

I am still bewildered how anyone can claim that a review of the use of 457 visas to ensure the system is not being rorted by employers and that the employers are employing qualified Aussies and employing 457 Visa workers for what is intended is in anyway racist.
A desperate attempt by using the “race” card to stifle debate and protect the employers who are misusing/rorting the 457 visa system

So you’re asking “Is what Rupert says for public consumption (and appearances), and what Rupert does are the same thing?”?

So what line does Murdoch push in public re “Climate Change”, and what barrow does his press push?

There must have, surely, been a discussion on the plane with a media adviser which went something like

“Rupert, there’s just no way you’re going to get away with that – you’ll be laughed out of town”