As North Korea gives the impression it's preparing for war, what's it like on the inside? The Lowy Institute's James Brown took a trip to find out -- and discovered a curious mix of the relaxed and the retro. 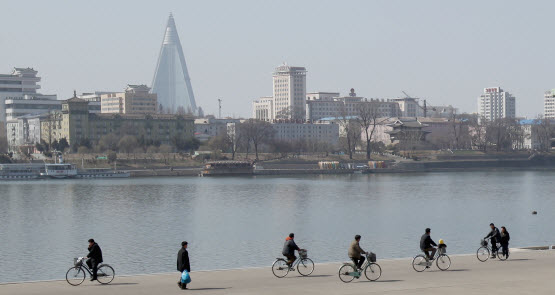 When your country is always on a war footing, how do you know you are on the brink of war? When your political leadership and government propaganda constantly remind you that your enemies are plotting against you, how do you know that times are more tense than normal?

It’s a question I asked often during my recent visit to the Democratic People’s Republic of Korea, four days after the abrogation of the 60-year-old Korean War armistice agreement. But in five days in the country I saw little sign of heightened tensions, and many signs change is creeping into the world’s last communist dictatorship.

Sure, my itinerary was highly choreographed by my local government hosts so I saw largely what they wanted me to see. But I didn’t see a country preparing itself for all-out war with its enemies.

In Pyongyang, rollerblades were everywhere, the latest fad in a city slow to adopt the trends of the outside world. So too the new North Korean pop band Moronbong, ubiquitous with its hit, a reworking of the theme song from Rocky.

Only a few things pointed to increased tensions. There were improvised camouflage nets strewn over vehicles in Pyongyang, more it seemed as a fashionable nod to the tensions than for practical purposes of concealment … 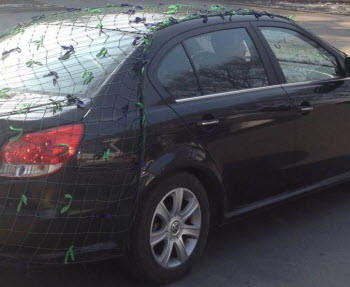 Leader Kim Jong-Un’s visit to coastal artillery batteries was on constant TV replay, with some particularly fervent reverence from soldiers who were so keen to farewell their leader they were willing to wade armpit-deep into icy water as he departed to his waiting patrol boat. And in conversations with officials everywhere, the same talking points about the US military exercises that have provoked the latest tensions.

At the border with South Korea, the commanding officer of a Korean People’s Army mountain checkpoint emphasised his men were at a higher-than-normal state of readiness.

“Higher readiness” looked a lot like preparing for dinner and playing basketball on a frigid early spring evening. The officer told me the US and South Koreans had been seen moving heavy weapons into the demilitarised zone, though he couldn’t tell me which type. When I asked him whether the US was using drones over the DMZ, both he and the interpreter asked: “What’s a drone?”

At the truce village of Panmunjom in the Joint Security Area, the same message: US and South Korean military exercises were a provocation, and North Korea should no longer be bound by the limitations of the armistice agreement.

I recorded a conversation with a Korean People’s Army captain in the Joint Security Area while we stood overlooking the border. He discusses the ceasefire abrogation, UN sanctions, the legitimacy of DPRK missile testing and nuclear weapons, and the steps necessary to bring peace to the Korean peninsula. Meaty fare for a junior officer.

Prior to this conversation, the officer had been quite relaxed, spontaneous, and friendly. As he repeated the regime’s talking points, he became much more distant. After this conversation he quite aggressively asked me what I planned to do about Australia’s involvement in the provocative ROK/US military readiness exercises. Before I could stumble an awkward response, I was saved by a single gunshot which pierced the uneasy calm of the world’s most militarised border.

A South Korean soldier had negligently discharged his weapon while unloading it to enter a building. On the northern side of the border there was a cool response from the military personnel near me. The captain calmly instructed his sergeant to clarify what had happened, and within a minute a response came back over the radio advising the South Koreans had informed them of the accidental discharge of the weapon. Despite the tensions, routine at the DMZ seems normal too. Listen and judge for yourself.

*This story was first published on the Lowy Interpreter blog

A trip to the DMZ (and a T-shirt to prove it): Korea divided on a solution

Thanks for this piece. It portrays the North Koreans as human beings and not demons which is nice. It is not easy to get unbiased factual accounts of what’s going on in that country and we never hear their side of the story.

As with Iran and Iraq before it all we ever hear is what the US empire’s spin machine wants us to hear. There are two sides to every story and frankly I don’t believe North Korea is the aggressor as it is purported to be.