The Australian Press Council has pinged The Australian and The Daily Telegraph for breaching its guidelines. And other media gossip, including the final word on Bruce Springsteen ...

Press Council ‘slaps down’ Tele, Oz. The Australian and The Daily Telegraph have been found guilty of breaching Australian Press Council standards in reports about comments allegedly made about Prime Minister Julia Gillard by the head of the European Commission last June. The complaints concerned a report on The Australian online, by Dennis Shanahan, headlined “Europe won’t be ‘lectured’ by Julia Gillard, EC chief Jose Manuel Barroso has said” and another by The Tele’s Simon Benson headed “PM Julia Gillard ‘slapped down’ at G20 summit by the President of the European Commission Jose Manuel Barroso”.

In the case of The Oz, the APC found the headline did not meet its standards for strict accuracy because Barroso did not use the word “lectured” and did not make any mention of Gillard or Australia. The APC also found The Tele was wrong to say Gillard had been “publicly slapped down” by Barroso. According to the judgement: “His public comment was too measured, and its target or targets were expressed too vaguely, for such a description to be accurate or fair.”

These are the first adverse findings the Press Council has handed down to metropolitan or national newspapers this year. The Oz was pinged in December for an article by James Delingpole comparing wind farm businesses to a “p-edophile ring” and a “government-endorsed Ponzi scheme”. This hasn’t stopped them publishing the fiery climate sceptic, however. Today, Delingpole ends his latest piece attacking Tim Flannery and other scientists with this kicker:

“The climate alarmist industry has some very tough questions to answer: preferably in the defendant’s dock in a court of law, before a judge wearing a black cap.”

In English law, of course, the black cap was worn by judges when handing out death sentences. You may recall that in 2011 Crikey alumnus Christian Kerr, among others at The Australian, tried to discredit reports in The Canberra Times that climate denialists had sent threats to climate scientists. Media Watch examined the issue, pointing out the gaping flaws in The Oz‘s coverage. The Oz hit back, until Jonathan Holmes published a long, forensic and humiliatingly rigorous demolition of Kerr et al, who have never rebutted any of Holmes’s analysis.

All that’s now moot, of course: courtesy of Delingpole, a paper which claims to be the only outlet truly interested in protecting free speech in Australia is happy to run an article calling for the execution of those who disagree with its climate denialism. — Matthew Knott and Bernard Keane

The Oz caught red-headed? The Oz‘s political newsletter Capital Circle reported this week that Melbourne Bruce Springsteen fans weren’t thrilled when the Boss played raunchy classic Red-Headed Woman at one of his Rod Laver shows last week, thinking it a reference to the PM:

“At one of the Boss’s Melbourne concerts last week, the audience booed when he said he was going to sing Red-Headed Woman. Unfortunately for [noted Springsteen fan Wayne] Swan, Springsteen’s modern-day middle class audience is more likely to identify with Tony Abbott.”

But we think perhaps The Oz‘s reporter needs his or her ears checked (or perhaps it was wishful thinking?). This (red-headed) Crikey scribe was at the concert in question, and the audience loved the song, with thousands calling out (as they did throughout the show): “Broooooooce”. But don’t take our word for it. The Oz checked in with a fellow News Ltd journo for the real story:

“We consulted special correspondent Patrick Lion, a Daily Telegraph reporter and Bruce Springsteen tragic who was also there on the night. Said Lion: ‘Maybe it was people saying “Brooooooce” rather than booing — a common error. I didn’t hear anything, though it depends where you are located in an arena as big as that.’ So, there you have it.”

Bauer’s razor gang slices Madison. Magazine publisher Bauer Media has announced it will close women’s monthly Madison — the fifth magazine it has shuttered since buying the ACP stable last August. Madison, targeted at women in their 30s, will cease publishing after its June issue. Bauer has also closed BBC Australian Good Food, Burke’s Backyard and Grazia, and will reportedly soon close fighting magazine UFC. Madison’s circulation slumped by 23% in the most recent audit to 65,310.

Video of the day. This could, perhaps, be one of the most deliciously awkward interviews ever. Here’s ABC NT reporter Andrew Thompson probing News Corp boss Rupert Murdoch on what he thinks of the weather and Darwin’s nightlife. “Is there any nightlife here?” replies the sunned mogul. 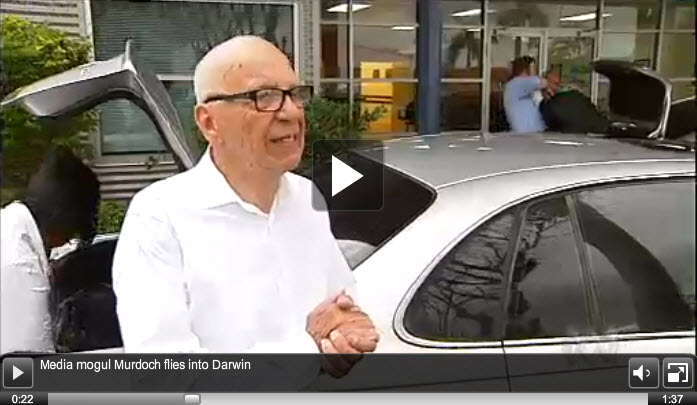 Front page of the day. The Daily Mail‘s latest front page — about a father found guilty of lighting a blaze that killed six of his children — has sparked heated debate in the UK. 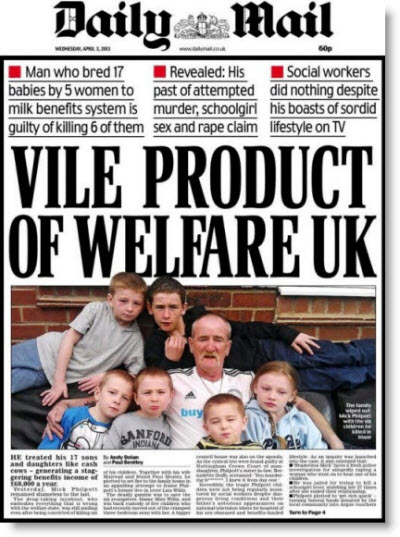 The climate denialist industry has some very tough questions to answer: preferably to an International Court on charges of Crimes Against the Climate. It is after all, a holocaust that we trying to prevent.

Until the establishment of an International Law, we leave it to the media to bring the evidence of wrong-doing to our attention. Keep it up, Crikey.

Have the fools ever seen the beautiful golden voiced angel called Patti Scialfa who is the Boss’s wife?

Well I can understand why front pages like the Mail’s there would lead to calls for tougher restrictions/caps on welfare (even if this is a very very isolated case).