Authorities have received more applications for exemptions under anti-doping regulations since the latest drugs in sport scandal. But ASADA insists that could just be a coincidence. 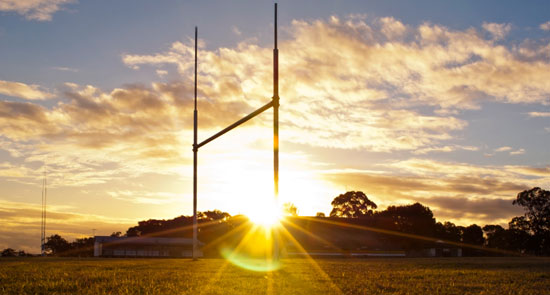 Applications from athletes for exemptions to use therapeutic treatments have increased since anti-doping authorities launched public investigations into elite sports competitions.

“ASADA is unable to solely attribute the increase in TUE applications directly to the current investigation into doping in sport,” a spokesperson said.

The Australian Crime Commission delivered its devastating report into organised crime and the use of performance-enhancing drugs such as peptides by professional athletes on February 7.

The Organised Crime and Drugs in Sport document said “multiple players across some sporting codes and specific clubs within those codes are suspected of currently using or having previously used peptides, which could constitute an anti-doping rule violation”. Thirty-one rugby league players suspected of using banned substances are being interviewed by ASADA, and investigations are ongoing in the AFL.

The use of supplements is controlled by the Therapeutic Goods Administration. Most fall within the lightly regulated “listable” category of pills, potions and powders that only require proof that any of the ingredients aren’t banned by custom laws. But ASADA warns athletes they are at risk of inadvertently breaching anti-doping rules if the supplements contain banned ingredients.

Therapeutic use exemptions, administered by medical professionals via the ASDMAC independent from ASADA, are awarded for medical purposes. Criteria, defined by the World Anti-Doping Agency, include:

“At times athletes may need to use a prohibited medication to treat a legitimate medical condition,” ASADA told Crikey. “A TUE is an exemption that allows athletes to use, for therapeutic purposes, an otherwise prohibited substance or method. Athletes can only get a TUE if there is no unfair advantage from taking the substance or using the method.”

In February and March 2011 ASDMAC received 82 applications — more than in the past two years — but that was due to a change in the status of asthma medications on the prohibited list.

ASADA acknowledges the “increased awareness following media coverage of the Australian Crime Commission’s report and ASADA’s subsequent investigation” may have contributed to the increase in applications compared with last year. But it says other factors could also be at play, including re-application of expired exemptions and the “continual promotion and awareness raising undertaken by ASDMAC members directly to sports”.

Crikey understands enquiries regarding exemptions have increased significantly since the ACC report and probe into sporting competitions. ASADA provides copious information on banned substances and the use of therapeutic treatments on its website — traffic has apparently increased in the last two months.

The real sacrifice of athletes — giving up their privacy