Why Julian Assange can win a Senate seat: campaign director

National campaign director of the newly formed WikiLeaks Party, Greg Barns, outlines how Julian Assange could become a Senator -- and how to deal with the pesky not-actually-in-Australia issue. 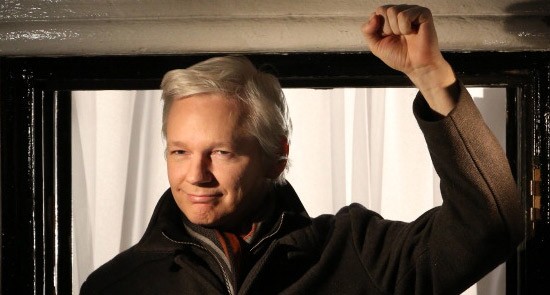 Julian Assange is, as they say, in the mix when it comes to who might win the sixth Senate seat in Victoria at the September 14 federal election. He is a candidate with an established high profile, he attracts support from across the political landscape, and the issues he stands for resonate with an electorate disillusioned with the mega spin cycle of the Australian political process.

Of course, Assange has some quirks about his campaign which make him unique in this country, although there are precedents in other democracies. That is, he is an Australian citizen who has sought asylum in the embassy of Ecuador in London. Assange is there because he rightly fears that the Swedish prosecuting authorities, who want to question him on allegations of s-xual assault, will hand him across to the United States.

A poll by the ALP pollster UMR last May is instructive in assessing the chances of Assange’s bid for the Senate. Assange is highly thought of by voters across the political parties — 66% of Greens voters like him, as do 45% of ALP voters and 40% of Coalition voters. Assange polled around 27% in voting support. UMR’s boss John Utting said that on those numbers Assange could take the sixth Senate spot from the Greens, on the basis that 14.29% of the vote is required to win the final Senate position.

Naturally the numbers for Assange will drop in the context of an election campaign where the major parties hog the media, and Assange is subjected to a negative campaign about the fact that he is not in Australia and may not be able to take his Senate seat. But from where I sit the strong support for Assange is a good place to start a campaign for election.

It would be a mistake to see Assange’s Senate campaign as being about him alone. Assange will have other candidates running with him on the Senate ticket and the newly formed WikiLeaks Party will be running candidates for the Senate in New South Wales. The Senate and the WikiLeaks Party are a good match — the former is meant to be the house of review, of scrutiny and about keeping the executive in check, the latter is about the values of accountability and transparency, alongside protecting individual liberty against government.

Assange would not be the first person to be elected to a parliament but who could not, or would not take up his or her seat. In 1981 Bobby Sands, a hunger striker in a Northern Ireland prison was elected to the UK Parliament. In the same context, those MPs elected in Northern Ireland from Sinn Fein refused to take up their seats at Westminster.

If confronted with the prospect of an individual elected by the people of Victoria not being able to take up his seat after the September election, the Gillard or Abbott government might even be tempted to do what has not been done to date — use its diplomatic capital to ensure Assange can return to Australia. Failing that, the WikiLeaks Party would look at its legal options and its number two candidate on the Victorian Senate ticket would be in a position to take the party’s seat in Canberra. In short, the challenge of running a campaign in the circumstances Assange finds himself in is not insurmountable by any means.

Perhaps the most interesting aspect of the WikiLeaks campaign for political junkies will be where it takes its votes from. The strong level of support for Assange and the values WikiLeaks stands for tells us that votes are likely to come from across the parties. The WikiLeaks Party is not a party of the Australian left or right. Nor are its roots in environmentalism. Philosophically this makes it a genuinely different voice and in an election where the race to the lowest common denominator and populism will be the hallmark of the ALP and Coalition campaigns — this makes for an attractive alternative.

So what about the risk of Assange effectively splitting the Green vote, making sure they don’t get a senate seat, and delivering that last spot to one of the majors or a whacko like the next version of Steve Fielding? Just as likely as anything else I guess. That won’t help climate change much or the Senate if Abbot gets the expected landslide, – might even deliver it to him. Great.

He’d have to be better than “Conroy’s Pup” – “Sloppy” Fielding? He couldn’t be any worse.

I shouldn’t but I’ld like to help. What’s your email address Greg?

I wonder which Party he would direct his prefs to?