Adelaide punters are jealous of all the western Sydney love, plus other political issues of the day.

The revenge of the wambies. The “what about my backyard” vigilantes are being stirred again. This time it is the Adelaide Advertiser doing the agitating. The message? Labor is giving too big a share of the electoral bribes to western Sydney. 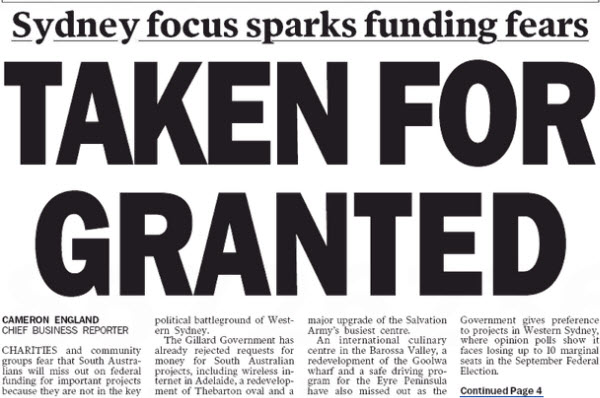 Not a narrow-minded Catholic family. The daughters reappeared in the Murdoch tabloids over Easter and showed again they are effective spinners of a broader and more tolerant image of their father, Tony Abbott. 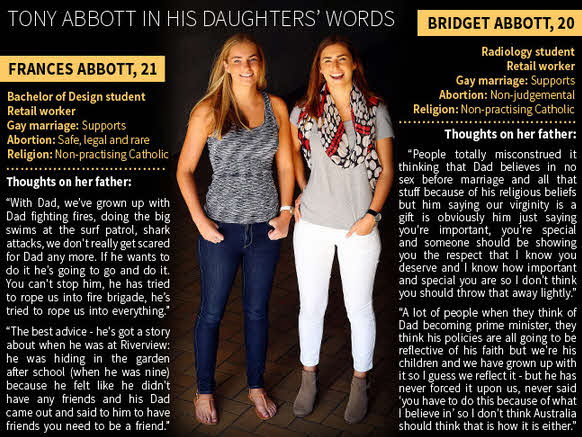 Not that they have changed daddy’s view: Tony Abbott reaffirms opposition to gay marriage despite daughters’ pleas

The decline continues. The harsh judgment of the market on Labor’s federal election chances continues. This week the probability of a Labor win is down to 12.9%. 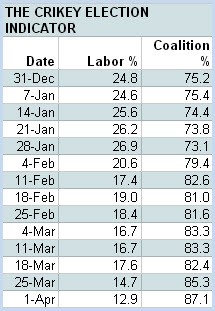 And doubts about Julia Gillard leading her party when the election is held continue to be significant — assessed by the Crikey Indicator at 32%.

As for today’s significant economic event, the Reserve Bank board decision on official interest rates, no change is very much the expected outcome. 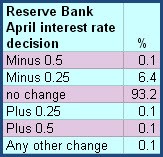 A television interview’s lack of political power. Among the press gallery at the end of a slow week there was joking that one of the few things that might cost Tony Abbott his election victory would be subjecting himself to half a dozen interviews with Leigh Sales. Quite a revealing insight, I thought, into the self-importance journalists can attach to the ability of their breed to influence the political process. A quite unjustified sense of importance as was shown by the lack of impact on the British public of a forensic piece of interviewing early last week on the BBC. 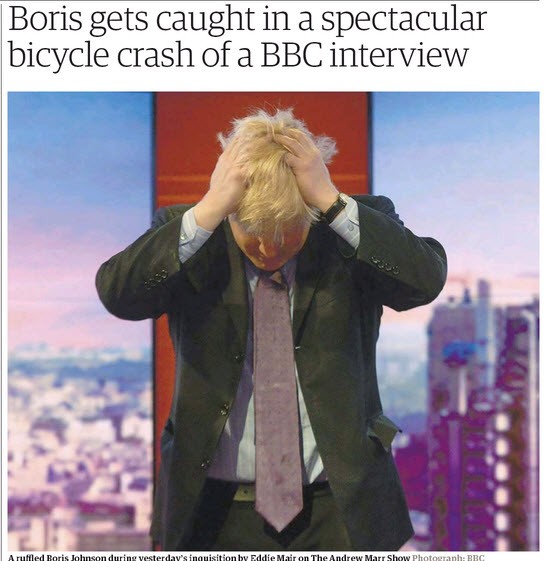 The Guardian rather gleefully reported the interviewer had the London Mayor Boris Johnson admitting he had “sandpapered” quotes as a Times journalist, failing to deny he had lied to the party leader at the time, Michael Howard, about an extramarital affair and conceding he had humoured an old friend when asked for a phone number in the knowledge the friend intended to beat up its owner. By the interview’s close, the paper noted, “You’re a nasty piece of work, aren’t you?” was one of Mair’s more generous reflections on Johnson’s integrity.

The media consensus was that Johnson’s chances of becoming Conservative prime minister had been irreparably damaged, but the mayor refused to go into hiding. 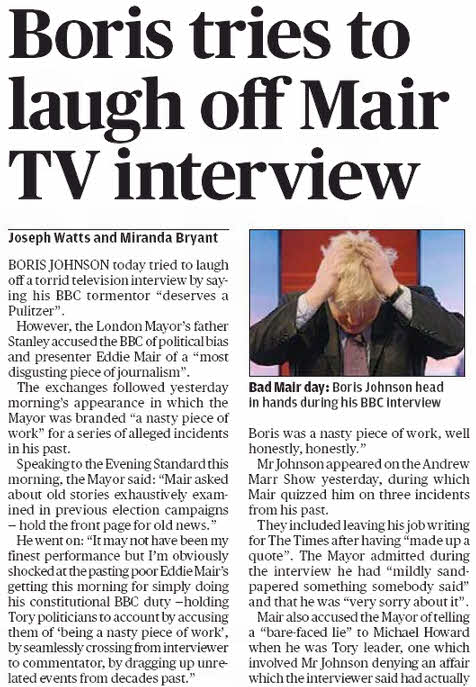 And late in the week came the verdict as published by the Evening Standard: 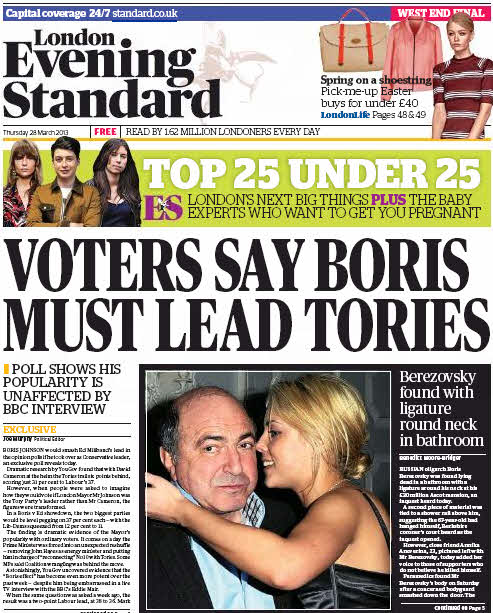 A quote to keep in mind when listening to Joe Hockey

“… it remains true that Keynes’s dictum — ‘Worldly wisdom teaches that it is better for reputation to fail conventionally than to succeed unconventionally’ — is probably even more true for politicians than it is for bankers. And this probably helps explain the persistence of the austerity cult despite years of failure.”

…. pity for Abbott, and Murdoch, is, unwrapped he’s all cane and no candy?
Maybe that’s why they have to keep him “under wraps”?