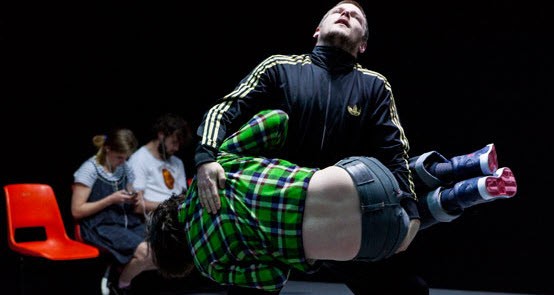 The Dance Massive festival ran in Melbourne over March. Even as the Australian Labor Party’s convulsions were replacing the nation’s arts minister, this increasingly impressive event was staking out a new territory for the artform in Australia.

Dance Massive began in 2009 as something of an experiment. A collaboration between three of Melbourne’s more contemporary performing arts organisations — Malthouse Theatre, Dancehouse and Arts House — the idea was to combine a program of contemporary dance performances with an industry conference that would bring together practitioners from around the country.

Contemporary dance in Australia occupies an unusual niche. Historically one of the smaller and less-popular artforms, it is also one of the fastest-growing, particularly since the turn of the millennium. Arguably, dance is the most artistically exciting of the performing arts right now. And yet dance has never enjoyed its own national festival. The milieu of the form in this country remains intimate and highly networked: a community of practitioners in the way that contemporary music no longer can be.

All of this makes Dance Massive an exciting opportunity, one that Melbourne seems to have grabbed with both hands and pirouetted with. Not that you’ll see too many pirouettes.

Jeff Khan co-ordinated the National Dance Forum on March 15. “It’s a very deep and a very rigorous program,” he said of the accompanying gabfest.

“Being the second forum it’s been pushed a lot further in terms of how it engages with Dance Massive. I think in a lot of conversations and a lot of forums, it’s always about who’s being funded, and the work itself comes a poor second to those questions.” Khan tells Crikey his aim for the forum was to focus on practice, rather than money, pointing out that six secondary school teachers were attending, including one of whom had flown in from Broome.

“My time on the Australia Council’s Dance Board was one of the only rigorous forums I had to talk about work,” he said. “When you get all these national representatives in a room, this is a really great opportunity to not only find out about the current state of practice but push it much further.”

Of course, art is not just about talking — it’s also about putting on a show. Dance Massive featured 19 sessions, plus an off-program. Experienced choreographer Lucy Guerin had a show entitled Conversation Piece (pictured above).

“The premise is that three dancers come on stage right at the beginning and have an eight-minute conversation about whatever’s on their minds right at that moment,” she told Crikey. “It’s very casual, sometimes it gets a bit boring or a bit rambling, and they record that on their iPhones and they hand it over to the actor and all the content for that work comes out of that conversation.”

“A lot of the works are really quite rigorous and specialised, and are really homing into a particular concept or way of working or practice.”

Despite her own responsibilities, Guerin said she saw nearly the entire program: “I think this has been a brilliant program. It’s really great to see this intergenerational mix of choreographers; it makes me feel good about Australian work.”

RealTime‘s Melbourne critic Jana Perkovic saw most of the works at Dance Massive. “For me it was mainly about seeing young artists doing, shall we say, uncompromising work, without the support of a major venue or being picked up by a festival, and it was definitely able to bring an audience,” she said.

It does seem as though Dance Massive has carved a niche for itself in the national arts landscape. “It has really established itself as a festival, it clearly has an audience,” said Perkovic.

Dancehouse’s Angela Conquet told Crikey preliminary box office figures were above projection, including a number of sellouts. “From a Dancehouse point of view, we are very proud of our program which was probably quite tantalising and challenging at times but well, dance is not always there to entertain but to provoke thinking and debate,” she said. “It was also great to have some international presenters here — artists here need to be aware of how their work is perceived, to be able to articulate thought in discussions as much as on the stage.”

Perhaps the most encouraging sign of all was that Dance Massive generated an off-program, which offers tantalising glimpses of what the 2015 event could look like. “It proves that a festival context can create great dynamics in a city,” Conquet said.

Can an actual artist afford to go to the Melbourne Festival?