What the Ford ads say about advertising’s boys’ club

The real issue with the offensive Ford ads is not that they were leaked to the internet. It's that they were created at all, writes Crikey publisher Marina Go. 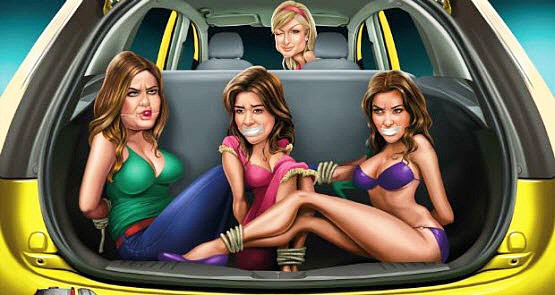 The recent drama over the Ford ads that were leaked to the internet, which included the depiction of former Italian prime minister Silvio Berlusconi with three gagged and bound women in the boot, focused on the fact that such material could be published publicly. My issue with it is that it could be created at all.

Someone from JWT India was allegedly responsible for the creative, which carried the tagline “leave your worries behind”. In the Berlusconi ad this was apparently in reference to the controversial parties that keep coming back to haunt him.

The company says the ads were never to be published, so they must have been a private joke for the consumption of the boys in the agency. This from a country that is still reeling from one of the most heinous gang r-pes in recent times. Women bound and gagged in the back of a vehicle is not funny.

Another in the series features Paris Hilton in the driver’s seat with her reality competition the Kardashian sisters bound and gagged in the boot. Ha, ha. Really? Surely, you don’t have to be fans of either to know it’s not OK. The creative is illustrative and the features of the subjects are exaggerated cartoon-style, but the subtext is pretty plain and simple. It looks a bit like the MAD magazine of old and undoubtedly caused a raucous of laughter from those who observed its creation. I can see it now: a group of young men standing around laughing and encouraging the ingenuity.

Many a truth was said in jest. And the truth in this case is an insidious attitude towards women still pervades our global culture. Taking it underground does not change the fact that it exists. And that’s the real issue here.

I am yet to read about any repercussion for this creative. Has the JWT India team responsible for this embarrassment been reprimanded or fired? And is Ford happy to continue to support an agency that would link its product to violence against women? Ford has apologised, but is that enough? The fallout from this will reveal who knew what and if indeed those ads were only intended for private giggles.

I think there are questions to be asked about the media’s readiness to run these mock ads over and over again.

While condemning the campaign that never was, they manage to promote the Ford Figo with its extra boot-space and benefit from the clicks attracted by the offensive image.