The real story of government debt is much more complicated than News Ltd papers claim. And there's a deep irony in their campaign against it, wrote Bernard Keane and Glenn Dyer in March. 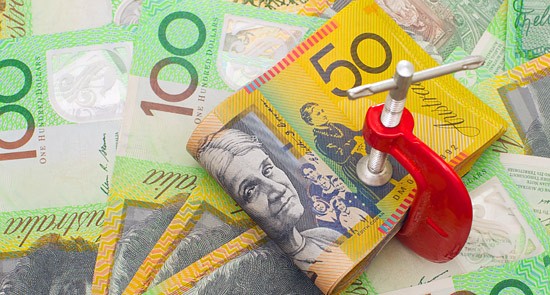 Of all the campaigns against Labor in News Limited publications, its latest one on government debt is the most deeply hypocritical.

The “exclusive” today purported to reveal Prime Minister Julia Gillard would be leaving $14,238 in debt to every working Australian (journalists John Rolfe and Gemma Jones used the wrong workforce number and inflated the calculation, but never mind that). Like the Coalition’s version of recent economic history, the piece airbrushes the global financial crisis from its account of events.

That’s the financial crisis that Tony Abbott recently said had ended nearly four years ago, and that Bank of England governor Mervyn King said on Monday was “far from over”.

The hypocrisy lies in this: let’s assume the Rudd government had done what Christopher Pyne says the Coalition would have done and run surpluses during the financial crisis, thereby ripping tens of billions of dollars out of the economy while the financial crisis and ensuing recession was unfolding. In the absence of the Rudd government’s stimulus packages, and with another $25 billion+ pulled out of demand, Australia’s jobless rate would have soared, particularly in industries like construction, retail and manufacturing. The result would have been massive unemployment across areas like western Sydney — exactly the area whose interests The Daily Telegraph purports to represent. In effect, the Telegraph is telling its readers it would have preferred if many of them had lost their jobs just so we could stay debt free. Still, it’s easy for News Ltd journalists and editors working in Surry Hills and in the bubble of Canberra to cavalierly dismiss the importance of keeping a job for a tradie or shop assistant living in Blacktown.

The hypocrisy goes deeper. Without the Rudd government’s stimulus program, particularly its cash handouts, the advertising market would have crashed far more spectacularly than it did in 2009. And what are the main beneficiaries of the advertising market? Media companies like News Ltd. Careful what you wish for, chaps.

The Tele’s article invoked some heavyweights to back up its case, including Saul Eslake, who told Crikey he’d been taken a little out of context in the piece. According to Eslake, Rolfe had contacted him to ask if Australia faced a debt crisis. Eslake’s reply was that Australia didn’t, and he compared us with Canada, which will not return to surplus for some years and will likely have a debt approaching 30% of GDP, compared with 11.5% for Australia. Over time, Eslake suggested, Australia might develop a problem due to the actions of a number of governments, including the John Howard government. This prompted Rolfe to ask how soon it would become a crisis, which Eslake answered by noting a debt crisis can come on very quickly — “the lights don’t turn amber, they turn red”. This, said Eslake, was portrayed as him saying a debt crisis was around the corner and it was entirely the fault of this government.

“We have a fiscal problem,” Eslake said, “because what was a temporary surge in revenue before the financial crisis from corporate tax, the GST and capital gains tax was used to fund permanent increases in outlays in welfare programs, public sector payrolls (chiefly by state governments) and subsidies and transfer payments, as well as tax cuts. I was one of the few saying around 2005-06 that this surge wouldn’t last. Chris Richardson did too, there weren’t too many others.”

“As it turns out, the world of debt is a lot more complicated than journalists and editors might have us believe.”

There are other problems around debt, but they’re not the ones you expect. High-quality debt, like that offered by the Australian government, is in short supply. The Financial Times reported this morning there was a shortage of high-rated AAA debt in the world, as the number of top-rated economies had fallen since 2007. Why is that a problem? Big investors around the world (government agencies, central banks and transnational agencies) need AAA bonds, as do insurers. It’s a form of reassurance for them. That’s why more than 30 foreign central banks now have Australian dollar investments in their foreign reserves, and why giant insurers and investors, such as Warren Buffett’s Berkshire Hathaway insurance group, have been buying Australian government bonds and other assets. Australian bonds pay 3% or better, which is more than you can get in the US, Japan or the UK and Europe. The Financial Times reports:

“The expulsion of the US, the UK and France from the ‘nine-As’ club has led to the contraction in the stock of ­government bonds deemed the safest by Fitch, Moody’s and Standard & Poor’s, from almost $11tn at the start of 2007 to just $4 trillion now.”

Of course, during that time and apparently in defiance of the debt concerns of News Ltd, Australia joined the nine-As club courtesy of the government’s economic management and low debt levels. And if you read the first Stability Review of 2013, issued this morning by the Reserve Bank, you find not a word of concern about the level of government debt, especially federal debt in this country from the nation’s pre-eminent economic manager.

In fact, the Reserve Bank again points out that “given the low amount of government debt in Australia” regulators have been forced to devise a one-off system of ensuring Australian banks have enough liquidity in the event of a new financial crisis and the loss of access to offshore markets for our banks. The bank also finds the financial system remains solid, with bank debts under control, consumers continuing to save and pre-pay mortgages faster than they should and funding pressures on the banks getting easier.

Indeed, the continuing strength of the high dollar (up today around one US cent or more at $US1.048), which is harming the employment prospects of so many Telegraph readers in western Sydney, is testament to how relaxed financial markets are about the supposedly iniquitous levels of debt bequeathed by Gillard. Moreover, the debacle in Cyprus has ended, for the moment, and hopes the Reserve Bank had for the dollar to continue a recent softness and drift towards parity. Instead it is current around four month highs.

The danger, as the continuing depression in Europe illustrates, comes if politicians take seriously the sort of cant about debt pushed by News Ltd and start treating budget outcomes and debt reduction as ends in themselves, rather than tools of economic management. A fiscal policy that goes beyond addressing the structural problems of our tax and spending frameworks to a cut-debt-at-all-costs policy not merely has the potential to drive the economy into recession, but it would risk thereby increasing what little debt problem we have through reduced economic growth and tax revenues.

But Eslake doesn’t see much danger from austerity-driven politicians. Instead, he is concerned that an incoming Coalition government, should one eventuate, will repeat the mistakes of the Fraser years and fail to use its position to drive necessary fiscal discipline. “Like the Fraser government, an Abbott government may be divided between a leader who distrusts markets, has little interest in economics and is actually contemptuous of economists, a National Party that has reverted to its traditional agrarian socialism, and reformist liberals like Hockey, Robb, Turnbull and Sinodinos.”

As it turns out, the world of debt is a lot more complicated than journalists and editors might have us believe.

I think you have a typo in the AUD to USD value. $1.48 would be truly alarming!

The comparison of national debt to home credit card debt is one of the more idiotic lines to come from News Ltd. The two have little in common, other than the fact that they’re both types of debt. But it’s easier and quicker to say than, for example, a media organisation providing an understanding of how an economy actually works, which sounds terribly time consuming.

Everything is much more complicated than News Limited papers claim.

I have read some facinating conclusions drawn from a set of facts in my time, but seldom have they reached the height of Bernard Keane in the justification of more debt.
He defends this government’s borrowings on the grounds that the world needs more AAA debt. Well if that is the case borrow away like there is no tomorrow.
I wonder if our children will feel the same when they have to repay it