Kyle Sandilands says he's not a misogynist, researchers are trying to predict how the royal foetus will look and other media tidbits.

Netball on TV good for women sports. Last night I attended the first round of Monday night netball at the NSW Swifts home court, the State Sports Centre, with Sports Minister Kate Lundy. Just five days earlier a historic broadcast deal was inked by Fox Sports and SBS to broadcast live all 69 games of the ANZ Championship, plus the final series. According to a press release sent by Netball Australia last Thursday, the multi-platform deal will also allow SBS 2 to air live Sunday afternoon’s Match of the Round simultaneously with Fox Sports. SBS also has the rights to finals matches and weekly highlights shows on its free-to-air television network.

“We’re thrilled the new broadcast deal will provide Australians with the ability to watch every game of the ANZ Championship live through subscription and free-to-air platforms,” ANZ Championship general manager Andy Crook said. “The latest announcement supports our ambition of setting the benchmark for female sports leagues, not just in Australasia, but around the world as we continue to engage with our current fans and inspire a new generation.”

That said, the broadcast deal came down to the wire. As a director of Netball Australia I can tell you that many people worked long, hard and almost desperately in the end to land a deal that the single largest participation sport in this country should have been able to take for granted. — Marina Go (read the full story at Women’s Agenda)

Wankley of the day. Nothing gets the clicks like a royal baby yarn. So Brisbane’s Courier-Mail couldn’t resist this AAP story: researchers have begun trying to create an image of the future British monarch. Apparently Wills and Kate’s bub will have the prince’s nose and lips but the duchess’s dark hair and almond-shaped eyes. 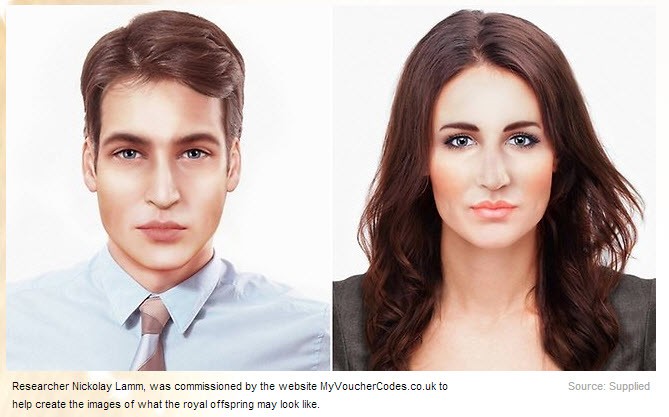 The Courier-Mail even rehashes its “Build a Royal Baby” game (we were playing with it last December), a game we expect to be featured in every story mentioning the royal foetus. But don’t say you weren’t warned: some of the results are truly terrifying.

Correction of the day. One imagines ICAC boss David Ipp was surprised to open The Australian Financial Review on Saturday to discover he had tried to “shut down” the inquiry into an Obeid family coal deal… 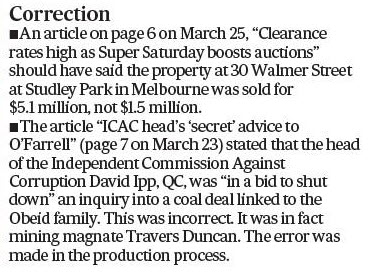 Video of the day. Yes, we know it’s A Current Affair — and we know Channel Nine is cross-promoting its new “star recruit”. But Tracy Grimshaw’s interview with Kyle “I’m not a misogynist” Sandilands last night had some fascinating moments. 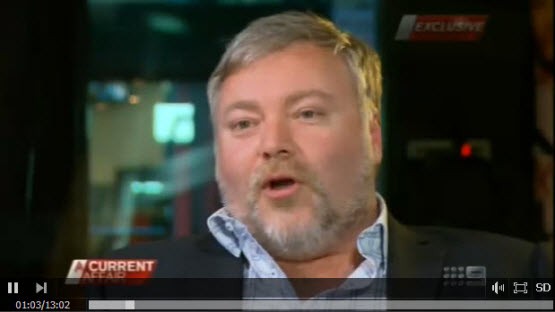 A few weeks ago Janet Albrechtsen suggested Gillard watch and start behaving like the fictional Danish PM in the Scandinavian TV series “Brogen” .

When Gillard follows Albrechtsen’s advice she accuses Gillard of trashing the Labor Brand by hanging onto office. (The Australian — A Plus today) BTW the mythical PM won the election from a media poll position not to dissimilar to Gillard currently. Anything for a story Janet?

The great thing about the program are the quotes at the beginning of each episode.

At least Gillard has learned one thing out of all this – in politics you Trust no One as Trust means they have the Power. Leadership is all about control not appeasement.