Heavy weather for Defence: climate change and the ADF

The 2009 Defence white paper dismissed climate change as an issue for future generations, judging that the strategic consequences wouldn’t be felt before 2030. That’s no longer the case.

Climate change is a change in Defence’s operating environment. Just as the ADF changes in response to shifts in economic conditions, technology and demographics, it needs to adapt in response to changes in the physical battlespace. Climate science involves no more uncertainty than other environmental factors in Defence planning. The ADF operates on “warning times”, so it needs to understand how environmental changes can affect risk management and prepare accordingly.

Climate change will require Defence to play its part as part of a whole-of-government approach, rather than work in isolation. Tasks range from identifying the threat and taking preventive action to reduce the risk, through to dealing with the consequences.

The ADF will always need to have hard-edged war-fighting capabilities, but it will also have to recognise the increasing requirement to become involved in capacity building, especially in those countries that are already feeling the effect of stresses and where climate change will have its greatest impact. 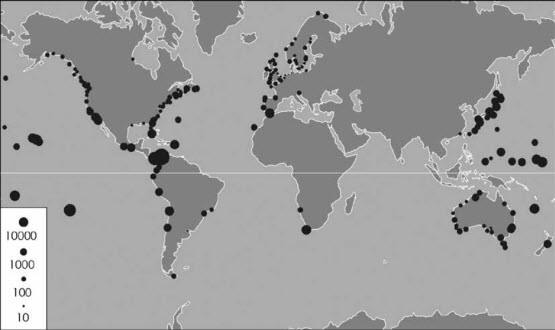 Heavy Weather recommends Defence work with the Department of the Prime Minister and Cabinet and the Department of Climate Change and Energy Efficiency to establish an interagency working group on climate change and security. The group would focus on analysing climate event scenarios for Australia and the Asia-Pacific region in order to manage the risks those scenarios pose to national resilience and regional stability.

Having a senior ADF officer, backed by a competent and knowledgeable staff, with responsibility for climate change matters would send the right message about the degree to which the ADF is responding to climate risks. The navy’s Hydrography, Meteorology and Oceanography Branch director-general is well placed to become the adviser to the Chief of the Defence Force on climate issues. A key role would be to develop a response to climate change plan, detailing how Defence will manage the effects of climate change on its operations and infrastructure.

On the home front, Defence should audit its environmental data to determine its relevance for climate scientists and systematically make that data publicly available. And establish public-private partnerships between Defence, industry and the research community to develop innovative solutions on climate change adaptation. Climate scientists need to brought into the tent; a “green team” within Defence could work across the organisation to identify energy efficiencies.

And at the international level, Australia should work with like-minded countries to share best practice and thinking on how military organisations should best respond to extreme weather events. Extreme heat, floods and bushfires were likely all aggravated this summer in Australia by a shifting climate. The trend is likely to continue.

This isn’t about Defence having a “green” view of the world but simply ensuring the ADF is better placed to deal with the potential disruptive forces of climate change.

*This article was originally published at the ASPI blog The Strategist

Its good to see someone in this country is considering the implications of climate change. Maybe the head of ADF can give Lord Bonkton, the ratbag radio right and Mt Abbott and his LNP sceptics a briefing on just what a disaster climate change is going to be.
“establish public-private partnerships between Defence, industry and the research community to develop innovative solutions on climate change adaptation” build bigger wall around the coast, build bigger firetrucks for more busgfires and stronger houses and building for extreme weather (and that’s just a start).

This is very timely, as I have felt that the Liberal Party have thumbed their noses at the likes of Ross Ganaut, laughing at respected scientists, led by Nick Minchin, and wanting to disband the carbon tax for something unproven. Too they have taken a high moral ground on not wanting to tax the miners, in fact will reverse it if they get in. I still add and “If.”
We listen to them through the ilk of Murdock and down the Labor party at our peril… this election must now be fought on steps to further drastically reduce our emissions. Note that that Co2 levels are over 396ppm and escalating, that there is likely to be no Arctic Ice in as early as 2016. 2012 was the hottest year on record, in Mount Barker where I live I have watched the rainfall drop by 20% on long term averages since 2000, the past six months is one of the driest I can recall as the Hadley Vortexes that once allowed cold fronts to bring us our rainfall have grown so that now falls 60 km out to sea, if at all.
The wake up calls are so loud everyone it seems but politicians, in particular Mr Abbott et al, can hear them.
As I said this is very timely.