Ben Zygier didn't fit the mould of a Mossad spy -- and potentially paid the price as a result. More details have emerged today to suggest "Prisoner X" wasn't very discrete in a job that demands it. 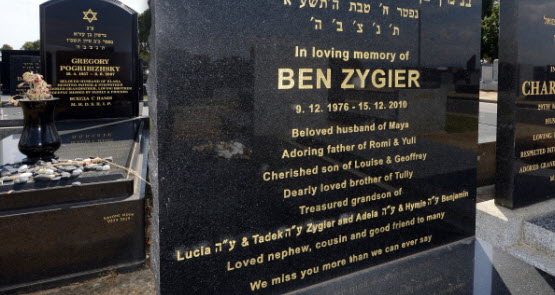 We will never know, now, what inspired Ben Zygier to become a spy. His death, probably by suicide but who will ever really know, has put an end to that.

Plenty of red-blooded individuals who have watched one spy movie too many or been intrigued by a Le Carre novel have fantasised about becoming a spy, in much the same way that soldiers joined the army in the Great War in search of adventure; they had little or no idea what they were getting into.

Zygier chose to become an Israeli citizen in the mid-1990s, and to apply to Israel’s principle intelligence agency Mossad in 2004. By the time he had completed training, he would have been aware of the less glamorous reality that occupied about 99% of intelligence.

Being an intelligence agent is overwhelmingly about gathering information, usually from quite pedestrian sources, or analysing that information. Occasionally there is scope for obtaining secret information, but that comprises a very small piece in the intelligence jigsaw puzzle.

There is also a small operational branch of most intelligence agencies, who engage in hostage rescue or, very rarely, covert attacks. These agents are commonly former special forces soldiers or special operations police. There is limited overlap between operational agents and information gathering agents.

Fairfax’s ex-Middle East correspondent Jason Koutsoukis reveals more fascinating details today. Zygier’s first significant assignment was to infiltrate a company with links in countries that were hostile to Israel. As with much intelligence gathering, it was relatively dull work. Being a good spy, however, requires focused attention to even the dullest detail, which is where the occasional gems of information might lie.

“The lesson in this, if one was needed, is that intelligence work, while critically necessary, is often dull … “

But Zygier lacked that focus and the greater purpose of his role. He was sacked from his public position and recalled by Mossad to a desk job. That was where fantasy and reality collided.

Wanting to return to field work, Zygier initiated an unauthorised plan to gather information from a Hezbollah operative. As is convention, he had to establish his own bona fides and, in doing so, became the pawn in the more experienced Hezbollah operative’s game. Zygier gave away extremely valuable information, in exchange for nothing. Two Mossad informants in Hezbollah was subsequently arrested and jailed. The only surprise there is that they were not summarily executed.

Regardless of his intentions, Zygier had crossed an un-crossable line; he had made a mistake from which one does not recover. That he was also jailed was testament to Mossad’s essential internal fairness. Many other organisations would simply have made Zygier “disappear”. In any case, Zygier faced an extended jail term, a bleak future in Israel and the end of whatever dreams he might have had.

There is, then, little motive for Zygier’s death to have been other than self-inflicted. But if it was otherwise that, too, would be of little surprise. Clearly there was little sense of loss by Zygier’s guards at his death.

The lesson in this, if one was needed, is that intelligence work, while critically necessary, is often dull, poorly rewarded, with little glamour and usually no action. People who want to become spies are usually the least suited to the task.

The best spies are quiet, nerdy detail-freaks who have little appetite for drama or action and who are usually tapped on the shoulder, rather than volunteering. Zygier did not fit this mould and, for this poor fit, he ultimately ended up dead.

Zygier scandal: the journo in a deadly game of spy v spy

Prisoner X, Mossad and how the Israeli state censors its media

Prisoner X’s dual-nationality dilemma could one day be ours

I hate being a pedant, but seeming misused homonyms (discrete and principle) in commercial journalism is a jarring interruption to an article’s flow. I quit Fairfax because they fired all their subs, please don’t allow the same deterioration in quality to affect Crikey.

Everyone on the inside at the local gogues knows exactly what happened to Zygier and why.

“The lesson in this, if one was needed, is that intelligence work, while critically necessary, is often dull, poorly rewarded.”

His life did n’t end because he was boored or unrewarded. His life ended because he was trying to get the truth out and was privy to an across the board range of activities by M-ssad right here in Oz. Falsifying passports is the tip of the iceberg.

I suggest the author should don a kippur and mix it with the locals, are far cry from his warm and safe embedded position.

I’m with you byblosopher. These things may not be important to everyone, but they are important. Where are the subbies?

The only reason Mossad picked him up was his dual citizenship/AUS passport. It went downhill from there.