The Australian film industry seems to be in a perpetual state of crisis. Comedy stalwart Tim Ferguson, a special guest on The Parallax Podcast, believes a resistance to genre filmmaking lies at the heart of its troubles. 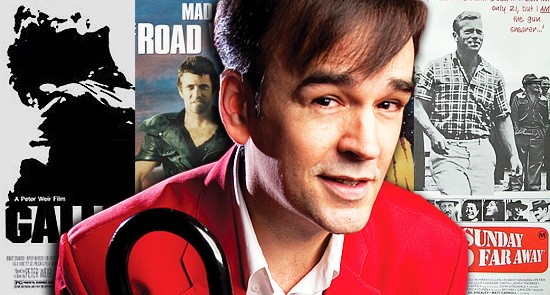 The Australian film industry and the federal Labor Party have something in common, in the sense that crisis never seems far away and words like “beleaguered” are bandied about as if they’re going out of fashion. Tired of hearing about another morose drama or “kooky” comedy with an “arty” edge? You’re not the only one.

To help The Parallax Podcast get to the bottom of what is going wrong and why, critics Luke Buckmaster and Rich Haridy are joined in a special guest episode by Australian comedy and pop culture stalwart Tim Ferguson.

Ferguson, famous for a long list of gigs and productions including The Doug Anthony All Stars and Don’t Forget Your Toothbrush, and who is running for a seat this year in the Australian Senate, believes a resistance to genre filmmaking lies at the core of the industry’s troubles.

“Genre is genus. It’s the beginning. It’s the seed of a story,” he says. “If you look at a lot of Australian films, what they do is disparage genre. They disparage even things like a three-act story.”

Ferguson is damning of the Australian film industry’s output and funding bodies calling the shots. “It’s only because of government funding that someone decided you get paid anyway if you produce bilge. Government funding is of absolutely no help in creating good movies.”

Click the player above to listen to the podcast (or download it), which includes discussion of features such as Gallipoli, Mad Max 2, Sunday Too Far Away, Life of Brian and many others.

Dissension in the ranks: the journos who went to Gallipoli