My Cup of Tea: Crean’s cultural policy in jeopardy

Simon Crean's suicide mission has left Australia without an arts minister. Is the recently developed cultural policy dead in the water? 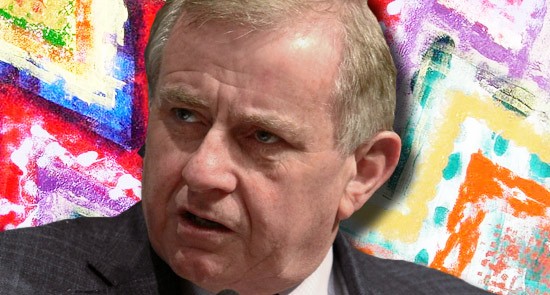 One of the more sombre footnotes to yesterday’s bizarre events in Canberra is the sacking of Simon Crean as arts minister, less than a fortnight after he brought down Australia’s first cultural policy in 19 years.

Crean’s summary dismissal just before question time also removed the ministerial team that has spent the last two years putting the national cultural policy together. The policy, which languished under previous minister Peter Garrett, was widely seen as a significant achievement by Crean, aided by his experience and stature as a senior cabinet minister. Now there is real uncertainty about the fate of Creative Australia in the run-up to May’s federal budget.

Crean’s office was apparently blindsided by its minster’s suicide mission. A source in Crean’s office told Crikey that staffers had been given only 10 minutes’ notice of the fateful second news conference, in which their boss called for the leadership spill. Shortly after Gillard sacked him, Crean’s staffers were also let go. “The Department of Regional Australia moved in at three o’clock and started shredding files,” Crikey was told. It’s a poor reward for some of the people who have worked hardest to bring Australia a new cultural blueprint.

Crean’s legacy is a big one. Creative Australia is a significant document that has been roundly welcomed by the industry. On current indications, it is fully funded and will be appropriately catered for in the May budget. But it has lost its figurehead, and the incoming minister will have less than six months in the job before the election to make sure the policy is bedded down.

Much time will now be wasted — time that is running out. Labor has only five months to get the difficult bits of Creative Australia in place by the time caretaker mode begins in August.

To begin with, a new minister must be found. Crikey has heard few whispers about who will now take on the job. The candidate with the best CV and the closest fit in terms of current responsibilities is Kate Lundy, currently in the outer ministry as Minister for Sport. Lundy has a sound grasp of the arts portfolio, having been a opposition spokeswoman for the portfolio in the Howard years, and her background in IT policy fits well with the NBN slant of Creative Australia. Another possibility is to reward a Gillard ally, perhaps a member of the ShortCon faction or David Feeney’s Right. Or a parliamentary secretary could be promoted.

One possibility that seems unlikely is the return of the arts portfolio to Peter Garrett. The Schools Minister is currently more than occupied with the final stages of the Gonski reforms.

Once we have a new arts minister, he or she will need to appoint a ministerial staff and get up to speed on the portfolio. Depending on who the new minister is, arts could move back into the Prime Minster’s department, or perhaps back into Stephen Conroy’s mega-department of Broadband and Communications, or get a new multi-department in combination with sport.

Given all this, there are now real questions to be asked about some of the trickier aspects of Creative Australia‘s implementation. On the thorny issue of Australia Council reform, for instance, there are some difficult issues to be resolved — especially the touchy subject of what to do about the various art boards, which will require legislative amendments to abolish or combine.

The new arts minister may also have to fight some difficult battles with Penny Wong and Wayne Swan. Even assuming that the $236 million promised in Creative Australia is fully budgeted for, there is still plenty of time for Wong and Swan to seize back some of that money, or to postpone the spending into the never-never of the forward estimates. Some of the proposals in the policy were essentially just slush funds with limited policy rigour, like the money earmarked to lure Hollywood film studios to Australian production facilities. The new minister will have to fight hard to keep current gains, let alone to argue for new spending.

For the arts industry, this is an object lessen in the uncertainties of politics. Only a fortnight ago, the sector was celebrating a new policy, new funding and what it thought was a new respect for the role of the arts and cultural industries in the policy framework of the Australian government. Eleven days later, the portfolio is without a minister. Nor has Coalition arts spokesman George Brandis yet formally responded to Creative Australia or detailed a Coalition arts policy moving forward.

It could be worse, of course. Spare a thought for the small business sector. With the departure of Chris Bowen, Australia is about to get its fifth Small Business Minister in 18 months.

“Australia’s federal system of government means successful pursuit of Creative Australia will depend on partnerships across agencies, with state and territory and local governments, commercial and non-profit enterprises, educational institutions, and with artists, philanthropists, teachers and community groups.”

From the Creative Australia Executive Summary

Basically its Federal intrusion, unwarranted by any constitutional power, into State matters because the Federal govt has more money than responsibilities and thinks it can get some electoral mileage from supporting the arts.

Its a recipe for funding Arts beaurecrats, not artists.

We really need the Federal Govt. to properly fund the States to deliver essential services and infrastructure before involving itself in the Arts, or better yet, abolish the States. Then the Fed Govt can play Arts funder to its hearts content.

Higher education is about to get its fourth minister in fifteen months, so there is no reason why the arts should be immune from Ministerial chaos