Lonely Planet continues its global nomadism, with BBC selling up the travel giant to a reclusive US billionaire's company. What next for the traveller's bible? 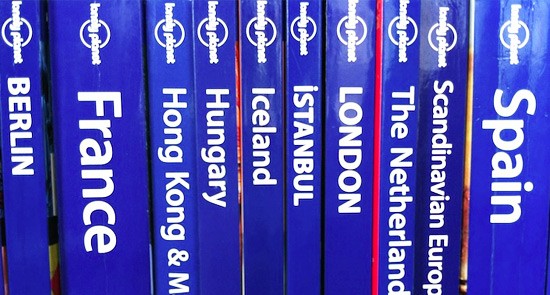 Does the purchase of Lonely Planet by a start-up led by a reclusive billionaire investor signal the rebirth of the once-mighty travel publishing empire?

It was confirmed yesterday the BBC — which purchased the guidebook company from its founders Tony and Maureen Wheeler for 120 million pounds in two deals back in 2007 and 2011 — has sold Lonely Planet for 51.5 million pounds to NC2 Media. NC2 Media is a new company created by billionaire Brad Kelly, who ran a company selling discount cigarettes in the 1990s, before becoming one of the United States’ biggest landowners and conservationists. He also owns Outwild TV, a travel videos website.

Lonely Planet is headquartered in Melbourne. The incoming chief operating officer of Lonely Planet, Daniel Houghton, gave his first interview today to independent travel news website Skift, signalling the company’s interest in the digital world, where he spoke about why Lonely Planet was purchased and its future:

“We are incredibly excited about the potential for Lonely Planet’s digital assets. Technology allows for so many incredible ways to reach travellers and we hope to create products and content that facilitates people’s passion for travel.”

Guidebook sales have been on the decline after hitting a peak in 2008. “Ever since then, they’ve been on a rapid decline south everywhere,” Jason Clampet, the co-founder of Skift, told Crikey. “We looked at US, UK and Australian markets. In 2007, sales were over 125 million in the US for the largest publishers, who make up over 80% of the markets. Five years later it was at 78 million.”

Clampet is a former Rough Guides author and Frommers staffer (he worked for the online team). He also broke the news of the impending BBC sale of Lonely Planet two weeks ago on Skift. He believes Lonely Planet is far better positioned than any other travel guide company to be profitable online. Its online presence is also more profitable and significant than any other travel publisher; the Thorn Tree forum is extremely popular, it has a wide range of e-books and apps, and its guidebook chapters sold as PDFs have proved very successful.

In the US market, Lonely Planet always claimed the number three spot, after Frommers and DK (which publishes Eyewitness and Rough Guides travel books). In 2011, Lonely Planet overtook DK. At the end of 2012, Lonely Planet passed Frommers to be number one.

Back in 2009 Penguin unsuccessfully shopped Rough Guides around to potential buyers. DK is to close its travel website from March 31, and a number of other travel guides simply give their apps and guidebooks away for free online.

“There’s been declining book sales, but I’m optimistic we’re going to see a point where digital will start monetising better, and I think LP is better positioned than most to have the upper hand,” said Clampet.

Kelley is “not a billionaire who likes to dabble in media, he likes to dabble in things that make money”, Clampet says, and he adds that based on the backgrounds of those involved in NC2 Media, he expects a particular focus on video content. Ironically, the strong Aussie dollar that has helped Australian travellers flee on overseas jaunts has severely impacted Lonely Planet’s business.

The Melbourne office is responsible for 60% of the business costs, while 80% of revenue comes from outside Australia, as The Guardian reported. It’s hard to turn a profit when revenues are global (the Australian market is much smaller than the US and Europe, plus emerging markets) and costs are mostly Australian.

The news wasn’t a surprise to staff, and Crikey hears none are terrified about losing their jobs in the short term, after being told there will be no changes this month until the deal closes, and no changes to the Melbourne office for the “foreseeable future”.

And what’s happening at the coal face? Steve Tawera, receptionist at Bounce Sydney (voted best hostel in Australia at the 2013 HostelWorld.com Hostel Awards) estimates one in every 10 travellers walks through the door clutching a Lonely Planet bible.

The rest are busy on their smartphones. “Most of them are using places like Trip Advisor,” he told Crikey, noting that 4Square, Booking.com and Facebook are also common for travel tips. Tawera says the Lonely Planet travel apps, such as its city-specific apps, are also quite popular with backpackers.

That dusty hostel bookshelf heaving with old Lonely Planets is mostly a thing of the past. But not because no one reads them any more: “As soon as people leave one behind, it gets snapped up.”

Maureen and Tony Wheeler sell out of Lonely Planet

A Lonely Planet for some, as more jobs go from publisher

While I find Trip Advisor very helpful for recommending eateries and sleeperies I still like my basic travel guide on dead trees cos it can be consulted on the plane and elsewhere without an interwebs connection. I don’t like the post BBC editions of Lonely Planet as much as before: the increased gloss and graphics weigh down my bag without a commensurate increase in information.

Like Gavin I tend to prefer the dead tree travel guide, though I could see me using an ebook one.

LPs seem to get passed around among friends as well as hostel dwellers. I must say I prefer Footprint’s Guides [at least those I have for Syria & Lebanon] and more specialist and focussed guide books over LP; more basic and not as flash but more what I as an independent traveller want. And I tend to visit a local English bookstore once I get wherever I am if such a beast exists and look for a local guide or annoy the tourist bureau. All in the way of saying I am a 35 y.o. dinosaur and they’ll pry my guidebook from my dead hands.

“the Thorn Tree forum is extremely popular”
Amber ignores that this forum has been decimated by the BBC’s over reaction to some allegedly improper posts.It was totally out of operation for several months over the 2012 Xmas period – a peak time for travellers! It has been gradually restored in recent weeks but has heaps of glitches and bugs. Some announced permanent changes such as no longer having a function for users to contact each other except by Facebook and Skype (sic) has further impacted on its viability.

On line guides that can be downloaded and used on a handheld device are great in theory and no doubt will improve in practice. We used one (not LP) in the US last year and it was clunky – hard to browse, too much smart arsed asides and not enough info, hardly any on the useful spots along the road, even when the road itself was fairly well marked. We saw great stuff, but not always because the guide helped.

With luck Lonely Planet will be better (I already had paper ones last year, but on a long trip they are heavy to cart around.)

I chanced upon quite the overlap in a couple of recent Crikey articles – the changing shape of Lonely Planet’s guidebook business, and price gouging by Apple, Microsoft and Adobe. After placing three guidebook + e-book bundles into my shopping basket on Lonely Plant’s online shop the total came to $64.98, but on updating my location to Australia this was $104.59, an increase of 61% (both examples included “free” shipping). While this was outrageous enough, I decided to see whether there was more sensible pricing for the pdf only editions. This time the price increased from $34.98 to $56.31, a premium of… 61%!