Where was Big Kerry? Moguls leave Canberra with little credit

Neither politicians nor media executives emerge with any credit when Canberra obsesses over media reform. The public doesn't care, and the executives missed the point.

Well, Big Kerry it wasn’t. The inevitable comparison of yesterday’s parade of moguls, major and minor, with Kerry Packer’s famous 1991 committee appearance, where MPs collectively cowered (or in Peter Costello’s case, grovelled) before the Great One, was poor preparation for yesterday’s shenanigans.

In 2002, there was a three-month-long committee hearing for Richard Alston’s media ownership bills. In 2006, the committee inquiry was three weeks long. The references committee looking at the 75% rule right now won’t make it to three days. The 2018 media ownership changes will probably be considered in a three-hour committee. Will that lead to any ill-effects for public policy? Few of these issues are new and few have not been the subject of exhaustive debate, analysis and comment here and overseas for decades.

Still, we went through the farce, complete with senators briefly rushing between the joint references committee and the Senate’s legislative committee looking at the bills. Unsurprisingly, the result was politicians and business leaders all pushing their own barrows. Seven’s Kerry Stokes and Ten’s Hamish McLennan, for example, had both suddenly discovered reasons to oppose the removal of the 75% rule, despite the inconvenience of having backed it via Free TV Australia’s submission to the Convergence Review.

Mostly, the 75% rule hearing — thanks to the presence of Nationals Barnaby Joyce and Paul Neville — became a debate about local content on regional broadcasters, despite the lack of any direct connection. Nine’s David Gyngell, gung-ho for the removal of the 75% rule (um, so much for media moguls uniting against reform), took a different tack on “local” content, insisting that allowing mergers of the commercial free-to-air industry was the only way to guarantee Australians would still be seeing Australian programs. It almost felt unAustralian not to let TV networks merge.

Not everyone was interested in local content. John “Dial M For” Murphy was only interested in one thing, or more correctly one family, and asked about nothing but the Murdochs, regardless of witnesses’ interests in or connection to Rupert and Lachlan. Occasionally, as if he were merely toying with us, Murphy would begin with a long preamble about local content, raising hopes he would break the non-Murdoch question drought, before suddenly introducing “the Murdoch family” into the question at the last minute.

Over in Doug Cameron’s Senate committee, Fairfax’s Greg Hywood justified the freedom of newspapers from broadcasting-style regulation by insisting broadcasters were entertainment companies with news and current affairs tacked on, whereas newspapers were all about news (cop that, broadcasting journos). Why that meant they should be regulated less, he didn’t explain, and Age online readers might be a little confused at Hywood’s insistence there’s only news available from his platform when they see today’s home page offering … Stokes — the closest thing we got to a proper mogul all day — appeared before both committees, mainly because his media interests are so extensive his companies are affected by pretty much every aspect of the package (indeed, he even once ran the international television service as well).

As a mogul who needs nothing and is perfectly content with a status quo that is slowly killing off most of his rivals — one of his metro TV rivals is on the mat, the other in rehab, while News Ltd is stuck with a collection of dying assets — Stokes can afford to play the injured party in all this, theatrically wondering what he’s done wrong to incur such outrageous intervention. When pressed by Greens Senator Scott Ludlam to explain in what ways his Seven journalists were shackled that his hacks at The West Australian were not, however, Stokes grew rattled and, when asked whether there was any public interest in the way newspapers were operated, claimed in the famous manner of US Steel the public interest and his shareholders’ interests were “one and the same”.

News Limited CEO Kim Williams — who earlier in the day had written a “sober”, “constructive”, “non-hysterical” letter to Stephen Conroy (News Ltd’s idea of “non-hysterical” is presumably only to compare you to Goebbels, not Hitler) — tripped up on the same issue, after enduring Cameron seeking to get all Tom Watson on him. Williams had to be corrected by his offsider, editorial director Campbell Reid (yes, that Campbell Reid) about how News Ltd papers had abandoned the Press Council; when Ludlam asked him to explain why broadcasters were subject to much tighter regulation than newspapers, Williams relied on the same line of reasoning as Stokes: broadcasters use a publicly owned good in the form of spectrum and are protected from competitors.

Ludlam then pointed out Williams’ own Foxtel was regulated the same way as free-to-air broadcasters, but didn’t rely on spectrum. That threw Williams, who first insisted Foxtel partly used spectrum for satellite distribution (it uses HFC cable and the internet as well), then fell back on saying that was just the way it was done. He, too, couldn’t explain how his broadcasters were hobbled in ways his print journalists weren’t.

Williams also assured a bemused Ludlam it was not News Ltd’s policy to destroy the Greens, merely that of The Australian. But he at least managed to get out one of the important points about the package, that the “public interest test” in the bills was poorly defined — a view, incidentally, the Greens share.

But it wasn’t a day for telling blows about policy. No industry figure pointed out the public interest test delivers no certainty, only the subjective view of a single decision-maker, or that there’s no reason why the ABC shouldn’t have to tender for the right to operate an international broadcasting services, or that the PIMA appointment should be made via some mechanism that allows an opposition more say than a vague promise of consultation.

Nor did anyone seriously address the issue of what basis newspapers should be regulated on compared to broadcasters, whose reliance on spectrum will eventually be a thing of the past, removing the purported distinction between broadcast and “print” if not, pace Hywood, entertainment and hard news. Remember, by the way, we already regulate the ownership of newspapers regardless of their non-spectrum existence. And all that’s before you get to the philosophical problem of delivering content over “public spectrum” wi-fi. The Convergence Review did tackle this dilemma and said, in short, “regulate for influence”. Eventually, that will be the only coherent position, along with “don’t regulate any media at all” (the more sensible option, some of us believe). If there’s an issue that might actually justify a longer inquiry, it’s that one. But no one is interested.

In short, no one (the calm, collected, well-prepared Ludlam aside) emerged from a day of frantic discussion of media regulation with any credit. But then, that’s what always happens in Canberra when media ownership comes on the agenda. Meantime, the people formerly known as the audiences and readers get on with their lives in the real world. The media (including Crikey) might be obsessed with it, but they couldn’t give a damn about media regulation. 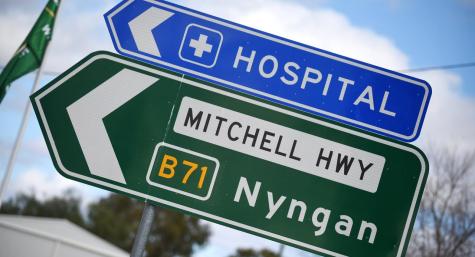 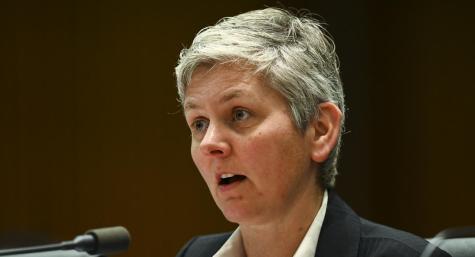 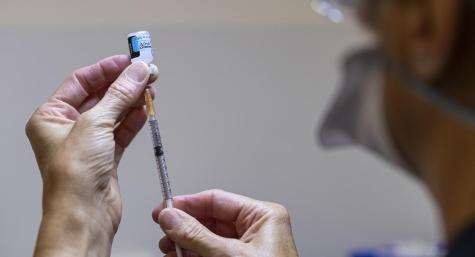 Catch T-ball shaking Kim O’Saaby’s (or was it Uncle Festers?) hand as he left the shrine?
“Later(?)” after giving a typical “Hambone-esque” soliloquy about “freedom fo the press” it was funny to watch Albanese remind “Waffles”, and the rest of those assembled in the House, about his litigious past when it came to papers, “girlfriend’s cats, polymaths and sociopaths”?

[Any pictures of Hywood’s “clown army”?]

Self regulation has been found to be nothing short of useless. News Corp have been hacking phones and lied for years about it. Editors and executives have been sacked, jailed and charged and the paper in the UK shut down in shame.
The High Court in Australia has found that staff have lied, distorted the truth and fabricated news articles.
The Australian Presss Council has found that they have run stories that are “gravely inaccurate, unfair and offensive”

Like Limited News I can but “call ’em as I seize ’em.”

They’re creepy and they’re kooky,
Mysterious and spooky,
They’re all together sooky,
The Meedja Family.

Their house is a museum
When people come to see ’em
They really like to scream
The Meedja Family.

[…. I was just wondering Zut, how good is your memory?
re Malcolm “Captain Peacock” T-ball – do you remember the name of that “girlfriend” of his back then – it wasn’t “Slocum” was it?]