The creeping corporate takeover of the Uni of Sydney

The appointment of pro chancellor Alec Brennan at the University of Sydney has resulted in less freedom of intellectual enquiry and a corporate focus, an anonymous academic at the uni writes. 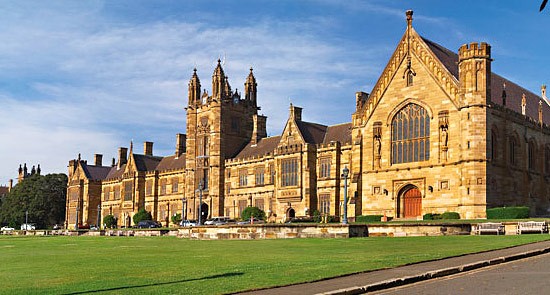 Graduates of the University of Sydney who received their degree certificates at a ceremony late last year glimpsed a rare sight: a public appearance by pro chancellor Alec Brennan. Instead of the usual exhortation to bring their newly acquired analytical skills to bear in making the world a better place, students and their families were treated to a more instrumentalist account. They would now find, Brennan told them, their degree would gain them entry to an old boys’ network to be parlayed to their advantage in careers and business dealings.

Australian taxpayers should not be funding a life of privilege for a self-sustaining elite. From the humanities and social sciences — the academic background of most in the Great Hall that day — we need critical perspectives on a corporate-dominated world that often seems to know the price of everything and the value of nothing.

And yet this view has been steadily trickling into the hitherto unpolluted waters of intellectual enquiry academic life should offer. At the University of Sydney, this process is attributable in no small measure to Brennan himself. Appointed to the University Senate by the education minister under the Howard government in 2006, he has gone on to chair its most powerful committees.

Brennan surfaced briefly in public consciousness when his company, CSR, was fined for a chemical spill. His “experience” led the Barry O’Farrell government to turn him from poacher to gamekeeper, appointing him to the Environmental Protection Agency. Greens MP Cate Faehrmann commented: “My confidence is not inspired … considering he was the CEO of a company that received a record $280,000 fine for releasing toxic pollution into the Parramatta River and failing to notify the EPA for more than 24 hours.”

In 2007, between the spill and the fine, Brennan left CSR with a payout of $6.2 million, including more than $3.8 million in bonuses and a $909,627 retirement allowance. His day job now is divided between chairing Emeco and the PPI Group, two companies with strong links to resources industries, including the extraction of coal seam gas.

In the university, he chairs the Senate human resources committee, which somehow seems to have gained control of management’s conduct of the present dispute with the staff union, the National Tertiary Education Union. Deputy vice-chancellor Professor Ann Brewer, who has fronted the negotiations and addressed staff meetings, has said on several occasions whatever she and her team agreed would have to be cleared with Brennan’s committee — the first time it has played this role in industrial relations.

“One might almost infer that, somewhere along the line, it is to be offered on the open market for a corporate takeover.”

One of the cornerstones of scholarly endeavour is intellectual freedom, and it is guaranteed by enterprise agreements that cover staff at most, if not all Australian universities. Extraordinarily, managers at Sydney tabled a new draft EA in the present bargaining round that omitted the protections for intellectual freedom altogether. It showed the influence of corporate thinking, with academics seen as employees whose sole obligation in any public pronouncement should be to promote the narrowly conceived interests of their employers. Outrage from staff and students led vice-chancellor Michael Spence to send out an email promising to:

“… recommend to the Human Resources Committee of Senate that we amend the University’s draft Enterprise Agreement in relation to the removal of the clause about intellectual freedom.”

So it will be for Brennan to decide whether staff can continue to speak out according to their own consciences.

If Spence and Brewer feel tempted to make any independent decisions, they have to reckon with Brennan’s direct power over them, as chairperson of the appointments committee. He played the key role in Spence’s appointment (and re-appointment for a second five-year term) and effectively decides their bonuses. In 2011, the last year for which an annual report has been published, Spence received a bonus of 22% ($167,432) on top of his pay of $744,143 plus university residence. Brewer received a bonus of 14% ($61,000) to bolster her pay of $443,728.

As chairperson of yet another key Senate committee, the finance and audit committee, Brennan signed off on the university’s budget for 2011-12, which endorsed over 300 redundancies, with staff in line to be sacked for being deemed insufficiently productive on criteria that were nonsensical on any genuine understanding of academic work. Most of the planned job losses were reversed after a union-led campaign in which many staff used their intellectual freedom to speak out against management plans.

Cuts were necessary, the Senate was told, to “rebalance” the university’s finances in favour of building up its “capital stock” — a line pushed hard by Brennan himself. One might almost infer that, somewhere along the line, it is to be offered on the open market for a corporate takeover.

In that case, students really would be well advised to practise keeping their heads down and cultivating their contacts, and staff would have to censor their research and comments to fit with corporate agendas.

*This University of Sydney academic voted in favour of protected industrial action in the NTEU ballot, and will be on strike on March 26 and 27, barring any outbreak of agreement in the meantime

Defence under the gun for proposed academic censorship

Sydney Uni and the corporatisation of education

How could you sack this great man, Sydney University?