Sports fans are irate as doping commentary dominates sport coverage, plus other political issues of the day.

ASADA becoming a vote loser. The apprearance of two federal ministers at the press conference with officials of the crime commission and the anti-drugs in sport agency is clearly becoming one of Labor’s biggest political mistakes. It is dominating sports broadcasts, and it is not just the commentators who think the issue has been handled poorly. The pre- and post-game phone-ins have the ordinary sports fans irate as well, as they grapple with trying to understand who actually has done what.

Within the Labor Party Caucus room harsh words have been spoken, and this morning the criticism of the government was still making the front page of the Townsville Bulletin about the “unjust” slur cast on that city’s Cowboys rugby league team. 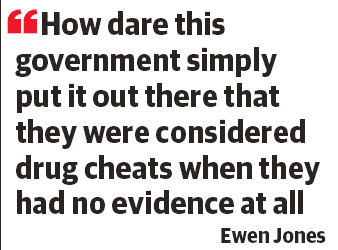 The softening continues. The image-makers continue their efforts to show Tony Abbott as being a tolerant fellow. In the Daily Telegraph today: 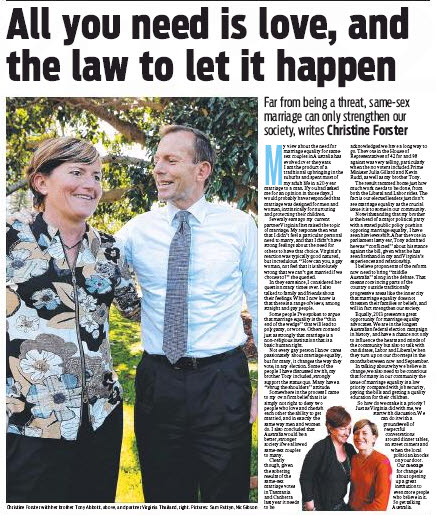 Definitely a winning entry. Reporting denials of tweeted rumours was the highlight of yesterday’s Labor leadership beat-ups, with the award going to this effort from Lanai Scarr of the News Limited Network posted March 14, 2013 4:33PM:

“JULIA Gillard’s office has dismissed as ‘silly rumours’ suggestions Simon Crean was leading a group of ministers calling for her resignation. Leadership speculation swept Canberra this afternoon. However, both supporters of Gillard and Kevin Rudd are describing the rumours as a false alarm.

“Former ALP leader Crean was not in Question Time today because he was attending an event in Newcastle. The Prime Minister also confirmed that Bill Shorten was absent from Parliament for personal reasons with his office confirming he was unwell.

“Kevin Rudd’s camp dismissed speculation of an imminent challenge to Prime Minister Julia Gillard. The social networking site Twitter went into overdrive on Thursday afternoon amid unsubstantiated rumours there could be another challenge involving the former foreign minister.”

And a very honourable mention. Not content with the current Labor leadership speculation Michelle Grattan is projecting forward this morning to the difficulties Tony Abbott might have of keeping the prime minister’s job if and when he gets there.

“The prime ministership doesn’t provide automatic protection from leadership aspirants, as Labor experience shows. Malcolm Turnbull has been behaving impeccably. But what would happen if Turnbull, frustrated at being confined to the communications portfolio, saw Abbott floundering? His ambition would be rekindled. To say nothing of that of Joe Hockey.”

Give us a break, Hondo. One leadership beat-up at a time is quite enough.

The way we die. The Australian Bureau of Statistics this morning released figures showing that dementia and Alzheimer’s disease are continuing their climb up the list of the leading causes of death. 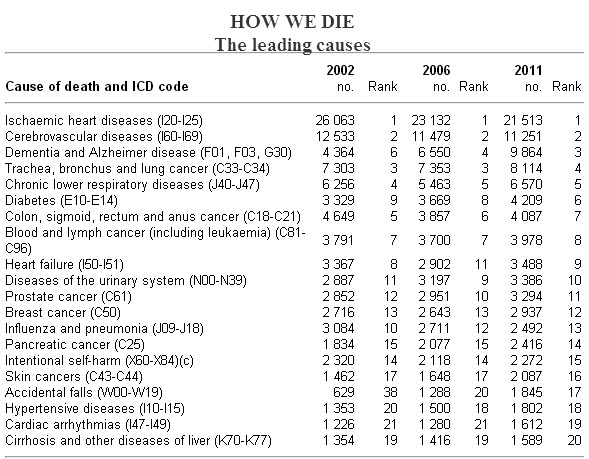 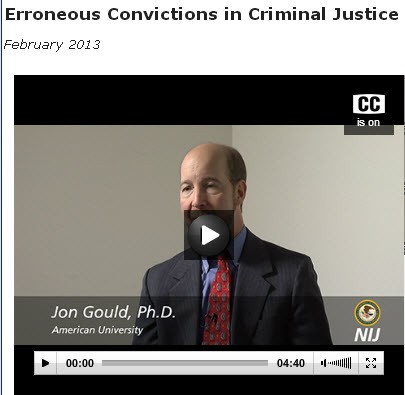 Abbott with another “cut-along the dotted lines and insert here”, cardboard cut-out?
He’s more important than her other half – going on their PR use/promotion of his sister for this stunt?
We haven’t seen his uncles and aunties yet, but there’s still plenty of time for that voter “burley”?

AS for ASADA – another lesson in grabbing onto any flotsam in a storm? You never know what’s on it?

Any idea why the tripling in accidental fall deaths?