As the dust begins to settle on Simon Crean's Creative Australia policy, most arts and cultural leaders have been overwhelmingly supportive of the new plan. But there are a few dissenting voices. 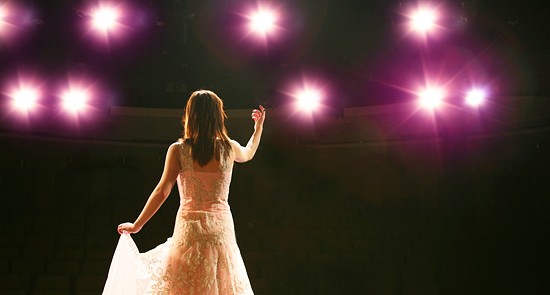 In the days after the announcement of the federal government’s artistic blueprint in Canberra, Crikey has spoken to dozens of prominent figures in the arts. In the main, the response has been highly positive.

Australia Council deputy chair Robyn Archer, for instance, calls the policy “fantastic” and “visionary”. “The focus on schools — that’s fantastic, that’s visionary,” she said. “If you try to imagine a life without music, or film, now it would be a pretty bleak existence. Therefore the arts have to be regarded as an essential service and they need to be trained and paid like other essential services.”

Archer also had praise for the more flexible and responsive structures mooted for the Australia Council, saying the extra money will allow the Council to improve “those horror percentages” of projects missing out on funding.

The National Association for the Visual Arts’ Tamara Winikoff told Crikey “there are lots good things in the policy”. “I think it’s really important for the arts to be recognised and dignified with a major policy position like that, and its intrinsic value right across Australia life to be reaffirmed. It’s quite a good effort at trying to look at some of the big picture issues and translate that through funding or structural changes,” she said.

Winikoff thinks the performing arts and music have “done really well out of this”, although she cautions that a lack of specific funding for the visual arts sector is “disappointing”. NAVA was asking for funding to pay artists fees for visual artists exhibiting at galleries, which would have helped to address the well-known difficulties of mid-career artists to make a living from their practice. “Having the dignity of their labour recognised through their being paid for the loan of their works is an important principle that hasn’t been affirmed,” Winikoff said.

She was also disappointed to see the tax treatment of the arts largely ignored, particularly taxation of arts grants and the Australian Tax Office’s non-commercial loss provisions for artists: “The one that we’re really concerned about is the non-commercial losses — it’s an anomaly since when the GST was introduced, and it punishes people who are successful in sustaining themselves.”

Angelo Loukakis from the Australian Society of Authors applauded the “general focus on the needs of artists, and the stress on arts for their contribution to cultural life and the creative economy”: “Authors would be particularly appreciative of the attention paid to the Australia Council: the suggestion that additional funds will go directly to artists — and authors will be included in that — to do their work.

“If some meaningful proportion of that $75 million finishes up in authors’ pockets, that’s a welcome thing.” Loukakis also praises the focus of the policy on arts in the national curriculum, and the push for a greater take-up of local books in Australian schooling.

Some artistic leaders were happy just to see any sort of plan — along with funding. “It’s just fantastic we’ve got one, so now we’ve got something to work with,” said Jessica Machin from Country Arts Western Australia.

“I think what’s fantastic — and it was really interesting to hear Simon Crean explain his cross-portfolio approach — he’s managed to get money through education, through Jenny Macklin’s portfolio, through Health. The key message that comes across is that it’s not just about art for art’s sake, but the arts is vital in social inclusion, in closing the gap, in education.”

“It’s great to hear a political leader speak and advocate convincingly about the value of the arts.”

Machin says the industry has so far failed to make the case for the intrinsic value of the arts to the bean-counters in Treasury departments. “How do you measure young people stopping their destructive behaviour through engagement in arts programs? It’s something that our agency in WA is tackling, they’ve created a policy framework called ‘Creating Public Value‘. If we can start to talk about the intrinsic value of the arts, this why Minister Crean and this policy excites us,” she said.

Machin is disappointed regional arts wasn’t given a greater priority, especially given Crean’s other portfolio is Regional Development. “It’s always about brining the arts to the bush, that the people in the bush are passive recipients — but they’re not, we’ve got world-class artists in the bush. Wouldn’t it have been great to see his arts and regional portfolios come together on that?”

Rick Heath of the Australian Performing Arts Centres Association agrees the “regional stuff is a little light on”. But like many Crikey spoke to, Heath was highly supportive of Creative Australia’s overt focus on the value of the arts: “It’s great to hear a political leader speak and advocate convincingly about the value of the arts. The money is of less importance than having someone show some leadership in the cultural sector.”

Heath praised the restructure of the Australia Council: “If it reduces the silo mentality and better matches the market development aspect of the art that’s being made, that’s long overdue.” But the funding has to flow to the small-to-medium sector. “That’s pretty critical to us in terms of the supply side of what we need to fill venues,” he said.

The policy’s focus on “arts accords” with arts and cultural agencies in state and local governments also won praise. The City of Sydney’s Rachel Healy is currently putting the finishing touches on that municipality’s new cultural policy; she told Crikey “I think this ambition is where the most interesting and far-reaching opportunity lies”.“While it might seem at first to be an uninteresting footnote compared to the new and sexy financial windfalls for other areas,” Healy wrote in an email, “for a capital city government like the City of Sydney (which is a consent authority for commercial developers and has relationships with business, retail and the corporate, community and government sectors), co-ordination and integration with other tiers of government will ensure more efficient and complementary planning. The dividends to the community and cultural sector could be momentous.”

A number of organisations emerge as clear winners from Creative Australia, particularly six of the major performing arts organisations, which received specific funding increases. Melbourne’s Malthouse Theatre was one of them — executive producer Jo Porter is understandably excited.

“We’re very pleased and we’ll be able to continue to employ lots of artists from across Australia,” Porter said, echoing many when adding “one of the exciting things of the speech yesterday was that the sense that creativity is part of our national culture … That was incredibly heartening; it was fantastic to hear that from the minister.”

But what about the losers? As Crikey noted on Wednesday, the extra money supplied to major performing arts companies like Malthouse, Belvoir St in Sydney and Perth’s Black Swan inevitably led similar organisations to ask why they missed out. As La Boite’s David Berthold told Crikey: “La Boite does seem the odd one out, in that it clearly occupies a position in the landscape similar to Malthouse and Belvoir — the ‘second’ companies in their respective cities, whatever that might mean.”

Berthold, the Brisbane company’s artistic director, highlights the inflexible nature of Australia Council funding categories which relegates La Boite below the “majors” level. As a result, between 2009 and 2012, La Boite received no annual funding from the Australia Council at all. “These are the rigid rules. They are rules that have created a situation in which La Boite struggles to fulfil the role it is clearly meant to play, and that the arts community wishes it to play,” he said.

Perhaps the most disappointed group is Arts Access Australia. The peak body for artists with a disability released a strongly critical response to Creative Australia last night, arguing the policy fails to adequately invest in the 2011 national arts and disability strategy:

“The purpose of the national arts and disability strategy was to leverage new investment by bringing all levels of Government together. There have been some important achievements to-date, but three years on, too many artists still have little or no access to training, professional development and employment and too many venues are still not funded or required to offer access for people with disability as audiences.”

In the academic sphere, feedback on the new policy is more nuanced and more critical. Monash University’s chair of Communications and Cultural Economy, Justin O’Connor, compares Creative Australia to Paul Keating’s 1994 policy Creative Nation and finds the new document wanting. “Torn between the dual sterilities of the creative industries and an ‘artistic excellence’ increasingly driven into a corner by its lack of wider legitimacy, the government has produced a document which more or less ducks the problem,” he said.

Citing the vicious media backlash against Communications Minister Stephen Conroy’s media reforms, O’Connor notes the “explosive issue” is “how might culture and media policy be combined”. That question, O’Connor adds, “is one I don’t think anyone is really engaging with, because it’s too difficult”.

The all-in brawl is being dubbed the 'arts hunger games'. Paradoxically, the only way to get ahead is to make sure you're on the brink of collapse.

Qantas will sack 6000 of its employees, as job losses are felt across the country. Plus more of the latest coronavirus news.

Simon Crean has been a regular at Opera Australia first nights for yonks and so is exempt from any suspicion that he is as philistine as one’s stereotype politician even if freebies have something to do with it. However, he is also a very experienced shrewd politician so it is surprising that a major point has been overlooked. *Buying the influence and votes of people in the Arts is cheap compared with any alternative way to the hearts and minds of opinion leaders*.

Jim Kennan saw the point in the late 80s in Victoria when the state ALP government had handled the economy so badly that it couldn’t afford to buy the love of teachers, let alone public servants as a whole. The Arts communities had to be the target for purchased affection and praise.