The end of local news? What reform could mean for regional TV

Outside of capital cities, viewers sometimes struggle to get access to locally produced news about their area. Will this get worse if Southern Cross and Nine are allowed to merge? 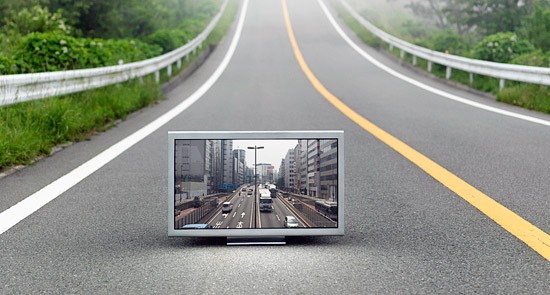 Tomorrow’s sitting of the special Parliamentary Committee to consider parts of the proposed media law changes will concentrate on whether the 75% audience reach rule should be abolished. But the real battle with the 75% rule (which states that companies can’t broadcast to more than three-quarters of Australia’s population) is over local news broadcasts.

The hearing will be told all sorts of things by the networks as they push their own barrows, and not those of viewers in the regions. It has to be remembered the networks have promised much in the past for the regions, but were cut when times got tough and industry revenues and costs dropped, especially as capital city markets came under pressure.

But the pollies on this committee only have to look at TV in Canberra to get a taste of what local TV news faces — over the past 20 years the number of local news broadcasts has declined from four to two (WIN and the ABC). And if the 75% rule goes and Nine and Southern Cross merge, WIN could very well end its local news to save money.

Beware of the network spin, they will say anything to get a deal up. They have promised local news in the past but failed to meet those promises. For example, in today’s Australian Financial Review, the paper reported:

“Nine will maintain its existing  regional TV news bulletin of one hour in the event of a merger [with Southern Cross Austereo].”

This implies a merged Nine-Southern Cross would mean the Southern Cross regional areas could benefit from a new local one-hour bulletin. Well, they could benefit, if the NBN- produced (Newcastle’s local station) bulletin is what Nine is talking about and is added to Southern Cross’ existing schedule. At the moment there seems to be a shortage of local news on Southern Cross stations. Guides for regional parts of Queensland, NSW and Victoria show it only re-transmits the Ten news, then the national Ten Late News at 10.30pm.

Nine’s regional affiliate, WIN, has more news bulletins than any regional network. Besides the National News Now at 3pm (which also airs on NBN) it screens the 30-minute national Nine News and then 30 minutes of WIN News. It also screens Nine’s national 4.30pm news Monday to Friday, making for three hours of news from 3pm to 7pm.  That is by far the most of any network in regional Australia, including the ABC. Yes, much of it is networked, but it is more than on both Southern Cross and Prime (Seven’s affiliate) in Victoria.

On the face of it, a merger between Nine and Southern Cross could produce a reduction in the amount of news broadcast in regional areas because WIN would be supplanted as Nine’s regional affiliate, and Southern Cross brings no news credentials to the merger whatsoever. But if WIN was to hook up with Ten, there could still be a fall in the amount of news because a WIN affiliated with Ten would be financially weaker (having to accept lower ratings and ad revenues from the weak Ten line-up). The first thing WIN would cut would be news (because it is expensive).

Seven, if it took over Prime, would either have to start local news in Victoria to match what it already does in Queensland and what Prime does in regional NSW or Seven could end the local news in NSW to save money. In fact the only local TV news in Canberra is on WIN and the ABC. What does that say about the smarts of executives at Prime/Seven and Ten/Southern Cross that they can’t see the sense in providing a local news service to the very people who control their fortunes, the politicians? Yes, the TV broadcasters and newspaper groups are upset at federal Communications Minister Stephen Conroy’s changes, with News Limited chief Kim Williams continuing his hysterical attacks and Seven owner Kerry Stokes also hot under the collar (so much for snowboarding with the minister in Colorado). But in terms of PR, they only have themselves to blame.

But also remember Nine has to deal with the continuing affiliation agreement with WIN for the regional areas of the country, as well as the Nine stations in Perth and Adelaide. The most logical way for Nine to merge with Southern Cross and get rid of WIN is to pay money (a lot of it) to Bruce Gordon and WIN. The compensation to Gordon could actually ruin the economics of any deal for Nine and Southern Cross.

Glenn Dyer’s TV ratings: MKR back to burn the competition

Would it sound disloyal as a regional dweller to say that most regional news coverage is shite, anyhow? It’s either the work experience girl, or trainee on their way somewhere or stranded local identities, most of whom have difficulty doing straight reportage on a car accident or a bushfire, let alone on issue with some genuine complexity (say controversial developments or coal seam gas mining). Political reporting is non-existent apart from soft interviews with local members opening envelopes. And now it’s time for sport and the weather: ten minutes in from the titles.

Diversity sounds so much more fascinating in the abstract.