Reading Alan Kohler and Michelle Grattan’s take on this week’s media reform announcement from Communications Minister Stephen Conroy, it’s hard not to be struck by how different they are.

Grattan v Kohler: trust must be earned. Reading Alan Kohler and Michelle Grattan review this week’s media reform announcement from Communications Minister Stephen Conroy, it’s hard not to be struck by how different they are. One talks about trust, the other is trustworthy.

Grattan discloses her ownership of shares in media outlets Fairfax and News Limited, both which have already spoken out against the reforms. Kohler makes no disclosures, and also fails to mention last year’s sale of his business, Australian Independent Business Media, to News Ltd for more than $30 million. And yet Kohler asks us to believe that the proposed regulation is “bull”, and that we don’t need a Public Interest Media Advocate to assess media mergers or improve the complaints handling process. According to Kohler, everything will be OK because, well, we have iPads and Twitter, and Facebook, and that’s what we will all use to work out which media outlets to trust.

How the tables have turned. It was a little over a year ago, before News Ltd swooped on Business Spectator, that Kohler predicted the Australian media would “crank their huffing and puffing machinery into gear to resist the imposition of Dread Regulation”, driven by the Finkelstein review. Back then, Kohler said:

“It doesn’t seem to me to be an outrageous idea that complaints about mistreatment by the media should be taken seriously and redressed. Lies ARE deliberately published, and while it’s true that defamation laws exist to protect the wronged, that’s often too heavy-handed and expensive. Far better to just enforce a correction and apology published and move on.

“Also, decent publishers and editors would have nothing to fear: they already happily publish corrections and apologies.”

This week, Kohler lined up with his new boss Kim Williams to join that “huffing and puffing machinery” he so aptly described. — Charis Palmer (read the rest of this article at her blog)

New Corp not that big. Is ABC news and current affairs so in awe of the Murdoch media empire that they inflate their intros to news stories about the media? The opening to the lead story on the 7pm ABC1 bulletin last night in Sydney said that “the biggest media organisation in the world” had taken aim at the Minister Stephen Conroy changes to local media laws.

Well, News Corp isn’t the world’s biggest media organisation. US cable giant Comcast (which controls the NBC network in the US as well as the biggest cable business in the US) is larger with a market cap of more than US$107 billion. Disney — which has film studios, the ABC network, theme parks, Lucas Films, Pixar, ESPN and other assets — is valued at US$104 billion. News Corp was valued at US$71.5 billion. Big, but not the biggest in the world.

Perhaps the ABC meant to say News Ltd is Australia’s biggest media organisation, owning all those papers, Fox Sports, suburban papers, 62% of REA Group and 50% of Foxtel, while Lachlan Murdoch controls 9% of Ten Network and is its chairman. — Glenn Dyer 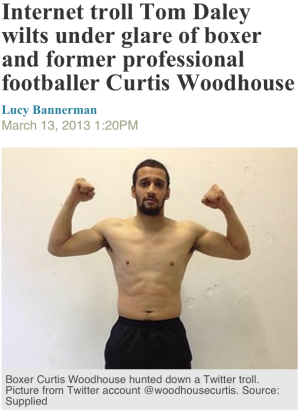 In fact, James O’Brien is the bully — Daley was the victim of another internet troll. The story was quickly corrected.

Video of the day. It’s the moment the world’s breakfast TV shows and a few million Catholics were waiting for: white smoke signals that a new Pope has been chosen. 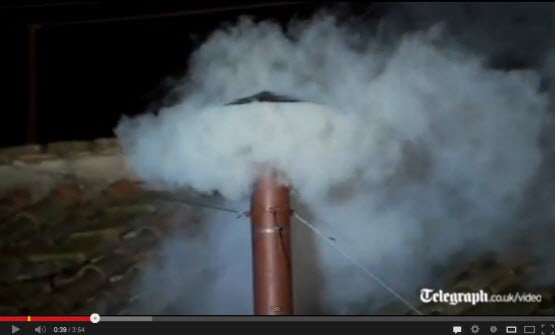