The controversial Australia Network service will be permanently linked to the ABC via legislation under Stephen Conroy's media reform proposals. News Corp might not like that ... 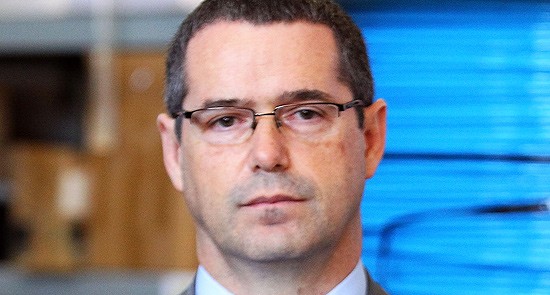 Amid the News Limited hysterics directed at the the government’s media reform package, the measure of most direct relevance to the company has been missed: the amendments to the ABC Act proposed by Stephen Conroy will prevent future governments from outsourcing international broadcasting services to companies like Sky News.

Crikey can reveal the government plans to amend the ABC Act to ensure that any government-funded international broadcasting service can only be provided by the ABC, meaning a future government, without amending the ABC Act, will be unable to contract the service to any other party.

Federal cabinet agreed in late 2011 to give the Australia Network international broadcasting contract, intended as an arm of Australian “soft diplomacy”, to the ABC permanently after an extended and vexed tender process had apparently seen Sky News win. The ABC and Sky had competed for the tender in 2005 when the Howard government had awarded another five year contract to the ABC; the ABC had originally commenced the service in 2001 after being asked to tender for the service in 2000. Sky News is one-third each owned by Seven, Nine and BSkyB, which is 39% owned by News Corporation. News Ltd outlets championed Sky News’s bid for the service in 2005 and 2010-11.

In deciding to give the contract to the ABC in perpetuity, the government committed to 10 years’ worth of funding for the $20+ million a year service. That funding can be adjusted or removed at any time by the government (though ABC funding is normally set in triennial funding cycles). However, the new amendment would prevent future governments from moving the service away from the ABC. The Greens currently have a bill before the Senate proposing a similar amendment.

The government also proposed to amend the ABC and SBS charters to acknowledge their online services. The last functional addition to the ABC and SBS acts was in 2000 when Richard Alston added datacasting, the Howard government’s abortive attempt to use up digital spectrum without allowing further competition for commercial television networks or allowing them to multichannel, to their services. “Datacasting” remains in the broadcasters’ acts a decade after datacasting was quietly buried even by the government that created it, while there is no mention of the provision of ABC and SBS services online.

While it’s always been a long legal bow to argue they didn’t have the power to actually provide online services, governments have been reluctant to amend the Acts to recognise them for fear the broadcasters would seek funding for it. The only specific funding the broadcasters have ever received for online services was a small amount provided from the sale of Telstra to SBS in the 1990s. Both broadcasters, and particularly the ABC, have nonetheless built significant online presences, with the ABC’s extension into opinion and analysis via The Drum site eliciting criticism from the likes of Private Media (publisher of Crikey) proprietor Eric Beecher.

Updating the charter to reflect the ABC’s digital activities provides an explicit endorsement that the ABC has a right to provide online services — even if it threatens to undermine commercial competitors.

Cabinet in the dark on shambolic Australia Network bidding

The Australia Network: diplomatic weapon or just AFL for expats?

The ABC of independent news

about time! “they” will definitely not like it, I hope it definitely gets up their nose! Time to dismantle the Howard stacked board and management and follow the ABC charter fair, fearless, factual reporting, balance does not equal time to spout non science and lies as an opposing view. Australia does want the world view of us through the prism of the self interest and bigotry of an old, morally bankrupt despot.

Sorry typo! should read” Australia does NOT want”