Child crims: should a 10-year-old go to the big house?

Children can be held accountable for their crimes and put in detention at age 10 in Australia. Is that too young? Crikey intern Michelle Slater reports on a proposal to lift the age of criminal responsibility. 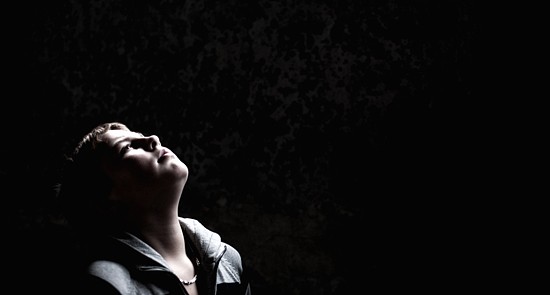 Children as young as 10 who commit crimes can be put into juvenile detention in Australia. But a report put out last month by the Jesuit Social Services recommends Victoria raise the age of criminal responsibility from 10 to 12.

“There is no place for a primary school-aged child in a detention centre anywhere in Australia. The earlier you have contact with the youth justice system, it’s more likely you’re going to keep being engaged in it. Locking someone up isn’t a deterrent — it hooks them into the system.”

She said the report analysed Victorian statistics, “but Victoria is still doing better than other jurisdictions across a number of indicators — including the number of children being locked up”.

In all Australian states and territories children between 10 and 14 can be charged with crimes only if the prosecution can prove they knew their conduct was wrong. A person can be tried in an adult court at age 18, apart from Queensland, where the age is 17. Under the age of 10, children are not guilty by the “defence of infancy”, or being too young to understand their actions. If a child under 10 commits a crime then criminal law has no power to intervene, but the child can be put into state care.

The Victorian government has no plans to consider changing the age.

Edwards says most incarcerated kids come from disadvantaged backgrounds; 30% are Aboriginal. “Many were known to child protection services by their third birthday,” she said, suggesting alternatives to detention centres like intervention programs and secure containment schools. “We need to choose something more developmentally appropriate for a child to divert them from further crimes.”

The issue of the age of criminal responsibility was highlighted 20 years ago by the James Bulger case in England, where two 10-year-old boys were sentenced to jail for kidnapping and murdering a two-year old toddler. “Everyone talks about that terrible James Bulger story,” Edwards said. “You wouldn’t want to base your legislation for all children on that one terrible story.”

A child under 18 serving in a juvenile justice centre can be transferred to an adult prison if he or she turn 18 during his or her sentence. But lawyer Rachel Storey says she had a 15-year-old client who was put into Melbourne’s Pentridge Prison with adults after he escaped from juvenile detention. “As he said, ‘here I am not old enough to buy smokes at the prison canteen, but I’m in D division with some of the biggest criminals in the state’,” she told Crikey.

In 2012, the mayor of the Wentworth Shire Council told Fairfax that children ”eight and below” should be responsible for their crimes and that 16 year-olds should be dealt with as adults, due to the number of juvenile crimes committed in the shire.

“People often run through a law and order trust,” said Edwards. “We think it’s too simplistic. It’s a social cost, too. It doesn’t produce a safe community, as you go on to offend more.”

Law specialist Jen Bargen says the Children’s Court’s primary aim is to provide kids with access to rehabilitation; “locking them up is a last resort”. She acknowledges “some kids need to be locked up because they are dangerous. But if you look at the life history of those kids you will see a history of abuse and neglect.”

Human Rights Law Centre executive director Hugh de Kretzer says the issue has been raised by the United Nations Convention for the Rights of the Child. “The Committee of the Convention says that the minimum age should be at least 12. Australia’s approach contravenes children’s rights,” he said.

Law Society of South Australia president John White says there are compelling arguments for policymakers to raise the age from 10 to 12. At, 10, he says, “children’s impulse control, reasoning and decision-making is still very much under construction”.

Bargen wants the age to be raised to 14. She said some literature suggests that the brain was not developed until the age of 20.

The ethics of permanent public shaming of sex offenders

It seems to have escaped all these nice child protection people that we also happily jail new born babies simply because they are refugees.

And we have laws that say this is quite legal upheld by our High Court.