Terrorism hotspots: they’re not in Afghanistan, or the West

Try as it might, Afghanistan doesn't even make the podium for the most dangerous places in the world by number of terrorism attacks. Syria and Iraq share that dubious prize -- while there are very few attacks in the West. 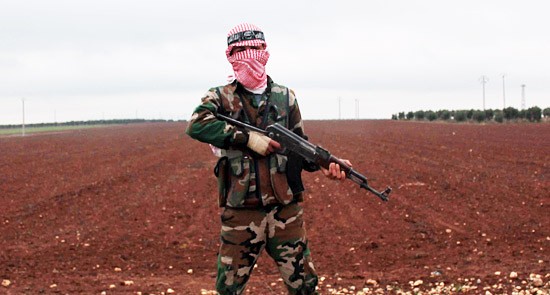 If you had to guess the number one spot for terrorism worldwide, what would you guess? Afghanistan?

According to a new document from the defence and security intelligence and analysis group IHS Janes, first prize for terrorist attacks belongs to Syria. Putting aside the pedantic untidiness of who the terrorists actually were, Syria certainly suffered a lot of grief over 2012, with 2670 attacks, more than 10 times the number of attacks in 2011. No aspect of the war there is going well.

There would be a reasonable expectation that, putting aside this definitional anomaly, Afghanistan would slot securely in at number two, given the war still rages there. But the number of terrorist attacks in Iraq has increased 10% to 2296 following the conclusion of the war.

As more than a few pundits have observed, if the war in Iraq was a success, you’d hate to see a failure. Coming second in motorcycle racing is referred to as being “first of the losers”, which seems particularly apposite in this context.

In a recent conversation with a foreign affairs colleague who was a survivor of one of the Afghanistan attacks, I suggested that Pakistan was really the centre of the anti-Taliban war now, rather than Afghanistan. The terrorist attack figures in Pakistan bear that out, with 2206 attacks, also up around 10% on 2011. Pakistan is a seriously dangerous place, and not one to be visiting any time soon for a holiday.

Try as Afghanistan (or some people there) might, it did not make the podium, in part due to an overall decline in attacks, from 1821 to a much more modest 1313. One might assume that this reflects the success of the International Security Assistance Force strategy there and the ultimate defeat of the Taliban. Or one might be a little more realistic and assume that the Taliban is dropping the tempo of its attacks until after the ISAF withdraws next year, at which time it will return in full force.

India is a surprise inclusion at fifth place, with almost three times as many attacks as Somalia in sixth, just ahead of Israel, which also suffered an increased number of attacks, in seventh place. Israel only just outpaced Thailand, which comes close to averaging an attack a day. Almost all of these attacks are in the troubled Muslim south.

What the HIS Janes figures show is that, if there really is a “war on terrorism”, it has not been particularly successful. Overwhelmingly, things got worse, globally, rather than better.

If there is a positive side to any of this, at least very few terrorist attacks occurred in developed Western countries, which is where we live. We are safe, so long as we are careful about where we travel, for the time being.

*Professor Damien Kingsbury is the director of the Centre for Citizenship, Development and Human Rights at Deakin University

If looking at worst spots for terrorism, I wonder whether it would be more indicative to express number of attacks per capita. That would surely send India out of the top 10, correspondingly Israel and Somalia would be higher.

Quote: …war on terrorism, it has not been particularly successful. Overwhelmingly, things got worse, globally, rather than better.

That is only partially true as a lot of western companies have made an absolute fortune out of the war on terror, and continue to do so. Furthermore, terrorism is the ideal enemy as it will never go away; at least not like communism did. The Americans need an enemy to ensure their economy keeps on thriving and chugging along. Some countries (the west don’t like) have woken up and see a need for nuclear arms to protect them from the country that thrives on war.

While it may be true that the war on terrorism isn’t exactly sparkling with anything but small tactical successes, the long term struggle is being determined by the reformationary convulsion within Islam in particular, but all major religions to some extent.

What is driving them is a rejection of modernism and a desire to recapture the moral and spiritual integrity that gave their religious beliefs their ride into history, 1500 years or more ago.

That desire and the feeling that it can now be politically reconstructed because the modern world seems to be crumbling from within, makes movements like Al Q’aida amost impossible to destroy.

The ordinary fear of death and defeat simply do not apply anymore to people who ‘know’ that history and God are on the side, no matter what happens. They are ready for a protracted struggle for a global calipate and this will be an ongoing struggle for the next 100 years.

Shrub’s War on Terror was perfectly bolstered by his promise to “get tough on suicide bombers”. History as farce.