Happy International Women's Day. Bernard Keane assesses how the nation's top female emerged from western Sydney. Plus the continuing fallout in Victoria and a preview of tomorrow's WA poll. Freelance journos demand pay transparency. And a weekend slow read: Guy Rundle on Iraq a decade after the invasion.

On this International Women’s Day, the fight for pay equality rages on. And via the Australia Institute, we’re reminded of another reason why it matters … 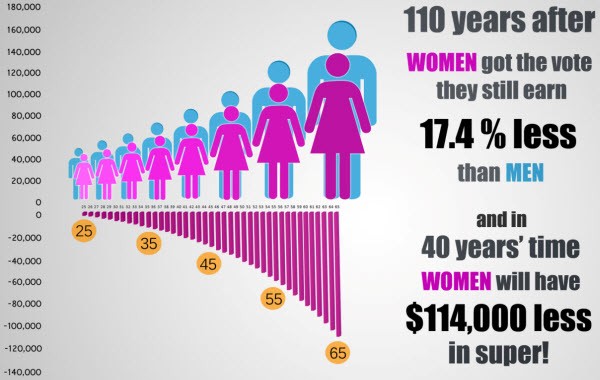 Pay inequality adds up — it will cripple not just women but the economy broadly in a massive superannuation shortfall. It matters now, and certainly in the future.

Not sure why Crikey has chopped the useful notes off the bottom from the Australia Institute?

“If you take leave from work to have kids, care for an elderly parent or lose your job your inequality will be greater”

What are these jobs where a woman will earn less than a man doing the same thing ?