Australian solar pioneer Martin Green is the man behind the solar entrepreneurs of the world. His early research and 40-year teaching career has driven a generation of solar development and commercialisation. But he keeps his head down when it comes to the politics of climate policy.

When Martin Green got hooked on solar power 40 years ago, it was mainly used to fuel spacecraft. Few were interested except for NASA, and it cost $50,000 (in 1974 dollars no less) to fit out a house with a glittering solar array.

As a PhD student, Green saw what most didn’t: the extraordinary potential of using the sun to generate electricity.

The technology was already quite mature, he thought back then. Solar could provide on-the-spot energy without fossil fuel imports (climate change was not such an issue). Millions of poor people could use it. It was 1974 and Green was sold.

“Solar energy just seemed like a sensible way of generating electricity,” Green told The Power Index. “It was something that always seemed feasible but way off in the future.”

Fast forward four decades and Green has done more than just about anyone else to put affordable solar panels on rooftops from Geelong to Guangzhou. This engineer set up — and still co-runs — a solar school which has trained more than 500 engineers (600 more are currently enrolled). You may not have heard of the University of NSW’s School of Photovoltaic and Renewable Energy, but it probably designed parts of your neighbour’s solar panels.

It’s one of the world’s top three solar institutes, producing the world’s most efficient silicon solar cell under lab conditions and offering the world’s first undergraduate degree in PV engineering. Graduates have fanned the globe.

Green, who comes across as a sensible engineering type, doesn’t hold back. “In actuality, what happened was that our students were the ones that drove that growth from the technological aspect,” he said from his home near Sydney’s waterfront. “You could say that we were responsible for the change in the industry that allowed costs to get down to their current level.”

Shi — “the Sun King” — is an Australian citizen who set up Chinese solar manufacturer Suntech, which thrived on his cheap thin-film silicon, was floated on the New York stock exchange and sold 25 million panels. Shi became the richest person in mainland China. But the company hit fraud problems last year, clouding Shi’s legacy — on March 4 he was further demoted by the company, from chairman to director.

Climate veteran Greg Bourne says Green has a “real burning vision of what the future might be with PV … [he’s] a quiet unassuming man, but very very powerful in the sense of his influence”. Bourne reckons Green has the effect of “almost sprinkling magic dust around others”.

Andrew Blakers, a Green graduate and Australian National University researcher, describes him as “a pioneering figure” who “combines academic brilliance with energy and strategic skill … The UNSW group has educated a large number of people who have gone on to become leaders in PV worldwide.”

“He dreamed of Australia embracing solar as Denmark embraced wind, but ‘I couldn’t ever get someone to sign on to that concept’.”

So why is Green not a household name?

Industry analyst Rob Fowler reckons the school has never liked publicity. Green has largely kept out of the climate debate. When John Howard toned down solar policy and manufacturing and talent leaked overseas, Green was not a strident critic. He kept pretty quiet as governments botched solar policy, rewriting their rebates and feed-in-tariffs with eye-watering inconsistency (the “solar-coaster effect”).

Yet he’s a good communicator — he’s given around 200 public lectures and presented to prime ministers — and is clearly passionate. (When asked about his hobbies, he answers gravely: “Solar power.” He later admits to enjoying time with his grandchildren at the local surf club.)

He exercises his power in the confined space of training and research. “We’re concentrating on what we do best,” he said, adding the climate debate “can become very bitter”.

This raises the contentious issue of whether experts have a responsibility to engage in significant public debates, no matter how bruising (some climate advocates have received death threats). The climate sector has failed to convince many of the need to act. Are those in a position to comment, who choose not to, partly to blame? Some insiders defend those who keep quiet, saying experts are busy, not trained in PR and shouldn’t cop media vitriol. Others say experts have talked themselves blue in the face and the climate comms problem lies elsewhere; in messaging and a lack of psychological nous.

Green does comment on policy, when pressed. “I think we lost a bit of an opportunity to have a more dominant position within the industry,” he said. He dreamed of Australia embracing solar as Denmark embraced wind, but “I couldn’t ever get someone to sign on to that concept”. He points to Germany to show what policy continuity can do for solar.

UNSW PV has succeeded without much cash from domestic industry or philanthropists. It has funding deals with overseas companies, and half its students are Chinese. Its global heft insulates from the wild ride of the domestic industry.

Green is not slowing down. He just became the director of the government’s US-aligned Australian Centre for Advanced Photovoltaics, headquartered at UNSW. He predicts solar will provide the cheapest electricity, global generation will triple this decade, and solar will begin to seriously impact emissions (for all the government largesse, solar generated just 0.1% of Australia’s electricity in 2010 — wind generated 17 times that amount).

Green reckons Australia may re-emerge as a manufacturer (for the assembly of panels out of overseas-made components), and the efficiency of converting light into electricity will improve. UNSW PV is trialling stacking different solar cells — one absorbs blue photons, another red — which could boost conversion from 15% to 40-50%. Watch out for more “organic”, GladWrap-like solar cells. And watch for pumped hydro or chemical batteries storing solar power for when the sun goes down.

After 40 years working in the same place, Green isn’t bored. “We were where it was all happening,” he said. “When you look backwards you can see that the impact you have had is quite major.” 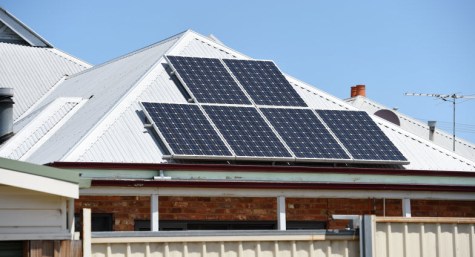 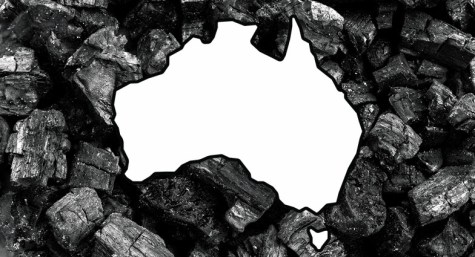 Green ‘points to Germany to show what policy continuity can do for solar’. And what has solar done for Germany? 3% of their electricity.

No doubt Green is brilliant at what he does, and the world is a better place for his work, which has come an enormous distance technically. But on present indications it’s hard to see it amounting to more than minor steps on the road to the required decarbonisation rate.

I applaud Green too. But let’s not get silly ideas about how we should have picked winners and tried to have Australia producing solar panels for export when we are much better off having the benefit of mass production in China.

As for Denmark’s wind industry…. where does it get its electricity from when the wind isn’t blowing? From coal fired generators in Germany. And wind ain’t solar. Solar will, one hopes, be the main source of power in the long run. And then we will be resenting all the ugly windfarms with high maintenance costs and even more requirement for storage than solar.

But more applause for his not getting into the “climate science” debates when he knows he isn’t qualified and doesn’t want to waste his time mastering the vast research literature. He can do that when he is retired like the medical worthies who say far more than they know on the subject, Paul Nurse, Gustav Nossal, Peter Doherty, David de Kretser all come to mind….

Great article. I can only assume the reason why the Howard government wasn’t interested in green power. Rest of the worlds solar power r&d personnel must’ve thanked him for listening to the coal miners and energy companies.
I mean really, for a government to ignore solar power… in Australia… Come-on !

I can remember Liberals, including at least one Liberal MP who was a scientist, being enthusiasts for solar power about 35 years ago. However Howard, pre-middle-class-welfare, may have listened to economists and MBAs who could do their discounting sums and knew the value of a dollar now as against a dollar in X years time. What would Australia have gained from enormous enthusiasm by government for solar (better than wind certainly) before the 80 per cent recent reductions in the price of solar panels thanks to Chinese mass production? I remember Craig Emerson (yes Julia’s Craig Emerson) pointing out on Q&A or some such program a few years ago that solar power was many times as costly as coal fired power….

Warren that’s an interesting point that hadn’t occurred to me – that in waiting to have our solar PV boom til 2009-12 (and the growth is extraordinary and ongoing), we actually saved a lot of money.
But on your prediction that solar will be “the main source of power in the long run”, are you thinking of domestic rooftop PV or solar farms? Because this BREE documents makes for sobering reading on the capacity of solar (although note the solar data is from 2009)
http://www.bree.gov.au/documents/publications/energy-in-aust/energy-in-australia-2012.pdf