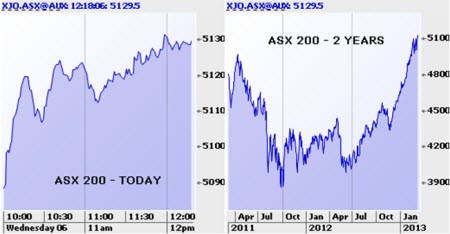 Global markets were helped overnight by news that Chinese government has maintained a GDP growth target of 7.5% for 2013 and plan on a 10% increase in spending to support China’s economy.

The US ISM services index was up to 56.0 in February beating the forecast of 55.0. This was the highest reading in a year. The exports factor hit the highest level in almost six years.