The Australian Financial Review cares deeply what Pauline Hanson thinks, according to its front page.

Who cares what Hanson thinks? Fairfax managers have been telling anyone who’ll listen that tabloid doesn’t mean low-rent. But it certainly does in The Australian Financial Review today …

Who cares what Pauline thinks? Certainly not the leaders of Australian business, the coveted market the paper tells us it’s targeting every day. Stirring up a racial debate with a proudly anti-immigration ex-pollie on the front page is more the domain of The Daily Telegraph rather than Australia’s business press of “authority”. Baffling.

Murdoch’s sports play in US. Rupert Murdoch’s Fox TV sports business has finally confirmed the start date for its national sports channel. To be called Fox Sports 1, it will start on August 17 and immediately be carried in around 80 million homes across the US. The news, which has been rumoured for nine months or more, came the same day as News Corp shares hit an all-time high and closed at $US30 in New York. And it came as the Australian Fox Sports business opened a new Sydney HQ and re-jigged its branding (see below) — to mirror its US parent. 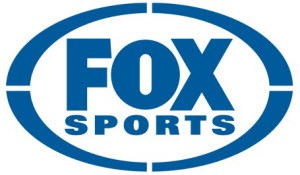 Investors ignored the big losses to come from the US sports venture, as forecast by senior executives. They liked the news that confirms the direction News Corp is heading — deeper into broadcast content and distribution and away from dying newspapers, print and marginal businesses like Sky Network TV in NZ, where News has sold its 44% stake. That raised around $700 million, which will help pay for the start-up costs and early losses on the new US national sports channel.

Fox has been labelling its US FTA specialist sports coverage with the Fox Sports name since 1994 (such as NFL broadcasts), when it was kicked off by Australian David Hill (who is now a senior vice-president of News Corp). The cable channel will take a year or more to get up to speed, with the centrepiece coverage of US baseball not starting until the 2014 season and featuring 26 Saturday games and some post-season championship playoffs. It will also feature college football (huge in the US, as big as NFL in some areas), soccer, car racing and UFC (cage fighting), as well as specialist sports news and panel shows, including a nightly 11pm chat show that will go head-to-head with its major rival, the ESPN channel owned by Disney.

The new national sports cable business has the potential to give News Corp a second arm to go with its Fox News business, which has turned TV news and comment in America on its head. News Corp COO Chase Carey told media the new channel will lose money while Fox “raises rates”. Given the way Murdoch and News Corp have driven the pace of change in pay TV in the US with the Fox News business, ESPN and others should be wary. — Glenn Dyer

Why Buffett is investing in newspapers. John Maynard Keynes once wrote that he changed his mind when the facts changed. Warren Buffett is obviously a fellow believer, because he has certainly changed his tune on the future of newspapers in the space of a couple of years. He’s gone to permafrost bear in 2009 to an almost raging bull in 2013. But don’t expect his admirers in the media and among analysts to highlight the change of heart. Back in 2007 he started saying newspapers were dying, and again in 2008, while at Berkshire’s 2009 AGM, Buffett said newspapers were all but terminal:

“For most newspapers in the United States, we would not buy them at any price. They have the possibility of nearly unending losses … I do not see anything on the horizon that sees that erosion coming to an end. Twenty, 30 years ago, they were a product that had pricing power that was essential. They have lost that essential nature.”

But Buffett has changed his mind, judging by the stepped-up pace of newspaper purchases in the past year or so, with Berkshire Hathaway spending close to $US400 million buying papers across the US. That’s despite more newspaper closures, falling ad revenues and sales and general doom and gloom from the industry and advertisers. But his change of heart wasn’t noted in the many stories over the weekend or in Australia, such as The New York Times reprint in the new Fairfax tabloids. — Glenn Dyer (read the full story here)

Video of the day. Former Age editor Andrew Jaspan has been mouthing off — including to us on Monday — about the new-look “compact” newspaper, taking the content “downmarket” and the various failings at Fairfax. He ramped that up yesterday in a chat with Mumbrella boss Tim Burrowes … 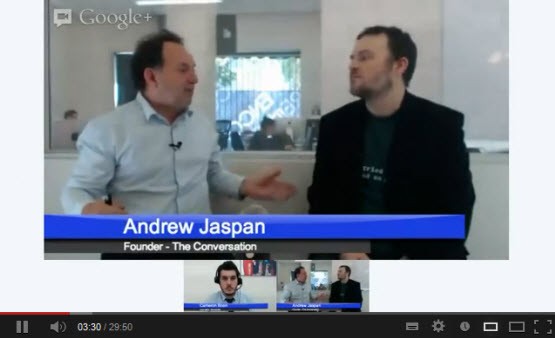 The half-hour discussion included this swipe (around the 22-minute mark) against Fairfax editorial director Garry Linnell:

“I don’t actually know Garry. My understanding is his real area of interest is crime rather than politics. I actually edited The Observer in the UK, and I sat on the board of the Guardian Media Group. I’ve actually worked at a higher level than Garry will ever work at editorially. There is nothing in me that is mid-market. I’m actually a serious journalist.”

Ouch. But then, many will say The Age threw out Jaspan with good reason …

Front page of the day. The New York Daily News plays judge, jury and probably executioner if it could … 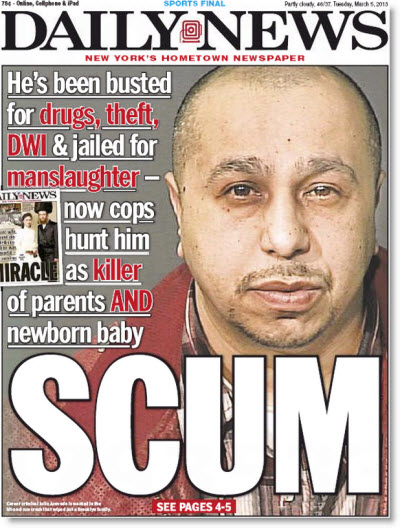