It’s just not cricket: can sports stars stop the boats?

If you get on a boat, you’re a bloody idiot. At least that’s the message from the Australian government.

Last week the Gillard government launched a spate of ads encouraging Sri Lankan Australians to advise their relatives and friends on the island to avoid getting on boats headed for our shores. Two television commercials, part of the campaign dubbed “Don’t be Sorry”, feature retired Tamil cricketing legend Muttiah Muralitharan and fast-bowling Sinhalese captain Lasith Malinga.

“If people want to consider travelling to Australia, our message is do it the right way; don’t be sorry you didn’t tell you friends and family to do it the right way,” Malinga tells his Australian fans. Muralitharan’s nearly identical message also highlights the hundreds of people who have died attempting to make the journey in recent years. 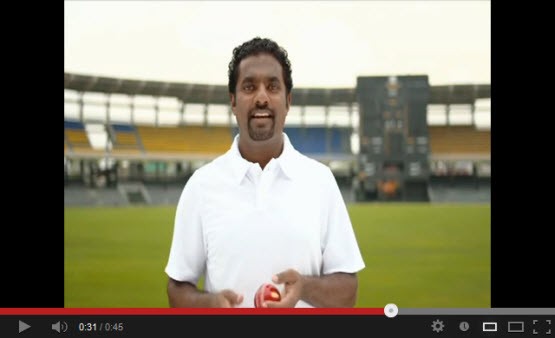 According to former immigration minister Chris Bowen, the campaign forms an important part of the government’s strategy to stop people smuggling and will air on radio, TV, online and in ethnic community newspapers in six languages. “This is actually communicating directly to diaspora communities,” he said.

But experts and community representatives are worried this so-called “direct communication” won’t be enough. Paul Harrison, chairperson of consumer behaviour and advertising at Deakin University and former chair of the Asylum Seeker Resource Centre, thinks the government might be better off spending its dollars elsewhere.

“Governments and advocates are often over-enamoured with advertising as a medium. We have this perspective that advertising is powerful, but in fact all it can do is reinforce current views” he told Crikey. “Certainly for people who are concerned about the issue it gives the image that you are doing something, but it’s the actual push factors, the fact these people are desperate, that will decide the outcome.”

And the advertising guru suggests celebrity endorsements only work in situations where the consumer or decision-maker is already leaning towards the argument being presented. “We see it all the time in research on heavy smokers: their behaviour is unlikely to change no matter how many advertisements they see. It’s only those who are already thinking about quitting that respond to the advertising,” he said.

But Harrison admits going through families is a slightly more sophisticated route. “They are using a form of social influence by appealing to the families of potential asylum seekers, rather than a direct appeal,” he said.

Varuni Bala, a spokesperson for the Australian Tamil Congress, peak representative body for the ethnic community, says the ads are an “obvious reflection of how poorly the government understand the community”.

“They say that this campaign is aimed at Tamils living in Australia — citizens of this country, law-abiding citizens, who we know are offended by the notion that they might be encouraging illegal immigration,” she said.

Bala is also troubled by the selection of cricketers for the campaign. “Having Muralitharan standing on a moral high ground is a bad choice. None of the recent arrivals in this country relate to Murali as a Tamil who might be concerned about their welfare. He has never, ever raised any concern about their plight before, and his credibility as a Tamil figure is nil,” he said.

According to reports, Muralitharan is seen to have towed the Sri Lankan government’s line throughout the conflict, and his popularity with Tamils has suffered as a result.

The museum of whose humanity?

We do not own the borders and oceans of the world no matter how much we pretend we do.

Maybe they could recruit Darren Lehmann to help out.