The Power Index: who’s doing the heavy lifting on carbon?

Who's really cutting carbon in Australia? The Power Index uncovers the most influential: the business chiefs, lawyers, regulators and bureaucrats driving the green economy as concerns mount globally over climate change. 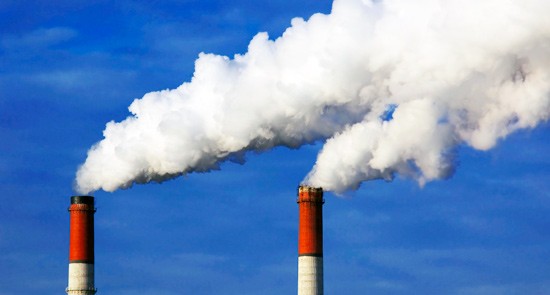 Wanted: high-fliers who can sail through peaks and troughs with little time spent in between. Must be able to perform in a highly politicised atmosphere in which half the population thinks your work is a sham and the rules of the game are rewritten frequently. Must be ready to be sacked at any time. Concern for the environment is not a prerequisite, but it helps.

Welcome to climate change, and the daily reality for those at the pointy end of cutting Australia’s greenhouse gas emissions.

The Power Index has uncovered the people driving the country’s low-carbon economy. Over the next three weeks, we’ll profile the top 10 business chiefs, lawyers, bankers, regulators and bureaucrats who are de-carbonising our carbon-hungry economy. They write the rules, they control the purse strings. If you want to know what’s happening to Australia’s emissions — and how hot the world will be for your grandchildren — these are the people who know.

You might not have heard of some of them, but they control billions of “green” dollars — and some of it’s your money. These are the stories of those who hold the power, not those who seek the limelight (read our long list of those who came 11 to 25).

This is not a list about the interminable greenies verses sceptics debate; there’s not a dreadlock in sight and sceptics are excluded. Big polluters don’t make the list, nor do politicians — plenty has been written on them already.

Most present-day carbon leaders have been involved in this sector for a decade or more as it’s blossomed from humble to high-profile. They’ve switched roles, and most have worked with other leaders at some point along the way. Some were their employers’ first employee (think bureaucrat Martin Parkinson and businessman Andrew Grant). The brightest sparks — thickest-skinned? — on this climate Lazy Susan have succeeded. They know each other well; there is a spirit of comradeship even amongst those who don’t get on. “There’s a core group of people who’ve been around for a very long time,” climate lawyer Martijn Wilder told The Power Index. “Everyone knows each other.”

The Howard government’s Australian Greenhouse Office spawned some leaders, as did the NSW government’s now defunct GGAS scheme (Grant and bureaucrat Anthea Harris). A few ex-Macquarie bankers have blown in.

It wasn’t long ago that the sector was made up of Martin Parkinson and a manila folder. “Now we’re talking some of the biggest companies on the planet,” said industry veteran and Climate Institute deputy CEO Erwin Jackson. “It’s gone from peripheral to central.”

The tabloid media conviction that carbon leaders are lazy greenies living it up in luxury offices isn’t accurate. They live with chronic policy uncertainty. Take the carbon price: John Howard wasn’t going to have one, then he was, then Kevin Rudd was, then he wasn’t, then Julia Gillard wasn’t, then she went for it. And Tony Abbott would remove it. Phew.

Industry analyst and emissions trading expert Rob Fowler describes the sector as a “crazy triple-loop corkscrew rollercoaster”. Grant said: “I’ve never known certainty. You’ve got to have a sense of adventure … you’re not travelling along an existing path.”

“The people involved in climate change are on a mission.”

Some on our list will be sacked if the Coalition wins this year’s federal election (Tony Abbott has promised to scrap the carbon price and most of the public climate bodies — so it’s a binary choice). “These are people who are going to be kicked to the kerb,” Fowler said of staff at the Department of Climate Change and Energy Efficiency (there are rumours Labor may merge or cut back DCCEE, too). Much of the work done to reduce emissions would be unpicked by Abbott. Many climate people are anxious. Some talk about moving overseas, but the prospects are dubious as the European Union carbon scheme struggles.

Climate people tend to be tough. “Yes, you do need resilience, you probably need a thick skin,” Wilder said. Long hours in stressful situations are par for the course. Ex-Macquarie banker Oliver Yates describes the hours as extraordinary.

Contrary to perception, there’s not really a lot of money in carbon. Plagued by stop-start policy, experimentalism, dud projects and underperforming renewable stocks, few businesspeople have turned strong profits (except for the usual phalanx of lawyers, consultants and accountants). Salaries are solid. So why do it?

“The people involved in climate change are on a mission,” Fowler said. Grant reckons “you choose this sector because you care”. Wilder says “you are an advocate”. Even hard-nosed bankers admit to concerns about the planet’s future — although they appear out of their comfort zone talking about it. Most leaders have a love of bushwalking, the ocean or gardening. They’re concerned about their children’s future. There’s ambition, sure, but tempered by a social conscience.

So we have our list of carbon leaders. But are the wrong people running this sector? Cutting emissions has been harder than it should have been; sceptics have seeded doubt, and the policy road has been paved with disasters. Somehow the sector has failed to bring the public along. Asked how the sector works, Fowler replied: “I’m not sure it is working.”

There are strong views on who’s to blame, but maybe Grant is right when he says the people best suited to the job are those who run Apple, Facebook, the AFL, Holden and Saatchi and Saatchi; those who can tap straight into the arterial vein of mainstream Australia. He argues climate change “has got to become the Chadstone shopping centre” of issues; leaders must manipulate people, their desires and their spending. He doesn’t want to see boffins talking climate on the TV, he wants to see Eddie McGuire.

For all its vexations, the climate sector is exciting. Whether it’s negotiating with the Saudis at UN talks at 4am, or watching which green scheme has been ditched or tripled in size on a politician’s whim, or reading the front page story about your workplace being a communist con, it’s all happening.

So the typical carbon powerbroker is pragmatic, bright and resilient, and rides through uncertainty. They like to be where the action is, and to feel they’re making a difference. Some have a crashing ego, some don’t, but all tend to take a long-term view and have a social conscience. And even if most of these people end up on the outer if the Coalition wins on September 14, give them time. It’ll take more than an Abbott government to shut them out for good.

Well done! There are more than enough starved intellects, marooned in the desert of dumbing down delivered by the mainstream on this issue, which will bloom again with the sustenance of your forthcoming articles.
One thought; couldn’t very many community groups be directly involved in the generation of credits in this market?
Surely that is the point, it is not a tax it’s a market.
And markets produce jobs and income.
IT’S A MARKET! NOT A TAX! Make some money!
In order to cut through the destructive lies, that might need to be the message.

Only a filthy lowlife denier could fail to feel the difference it’s made. Step outside, denier, and feel how much cooler it is!

Who is doing the heavy lifting, good question.

Let’s have a look at the EU ETS ‘market’ after seven years and hundreds of billions of euros spent.

Still only 40% coverage of emissions, a carbon price bumping along below five euros, and a credible view they could have reached the same level of ‘achievement’ just by targeting a few of the dirtiest power stations.

Then there’s the endangered Australian CPRS, up against the world’s keenest coal exporter, with its mad 1.5-2% pa population growth on the driest continent.

Hi Cathy,
You’ve got to be kidding about at least three of these.
1. Martin – Coal is going to be here for decades more, so we have to invest in CCS before renewables – Parkinson.
2. Gail – Westpac wont divest from dirty energy – Kelly and
3. Heather – the coal and mining industry is critical to Australia’s future and must be given carbon compo – Ridout.
these three have done much more to protect dirty industry than to rid Australia of its scourge. Sorry.