Get set: we might finally be about to have a genuine debate on arts policy. Ahead of the long-awaited release of Labor's National Cultural Policy, shadow minister George Brandis fires up to Crikey. 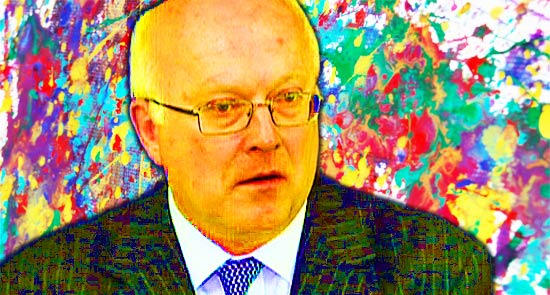 Labor’s long-awaited National Cultural Policy is due for release next Wednesday, and the announcement has encouraged Liberal arts spokesman George Brandis to speak up about the portfolio. For the first time in years, the arts sector is faced with the encouraging prospect of a robust policy debate about culture between the major parties.

This outbreak of hostilities has been driven by the realisation that Labor’s blueprint, which some had thought would never see the light of day, is indeed slated for release after finally gaining cabinet approval. Arts Minister Simon Crean has booked a slot at the National Press Club on March 13, and the sector is being quietly briefed about the expected contents of the package. Crikey understands there will be new funding announcements attached to the policy, which will also include the government’s response to the Australia Council review.

The news appears to have flushed Brandis out of his foxhole. The shadow minister has given few interviews on the portfolio over the last year, preferring to focus his attentions on the Peter Slipper and Craig Thomson affairs. Now he’s come out swinging, labelling the Gillard cabinet a group of “philistines” and attacking the National Cultural Policy before it has been released.

“The government has been in power for two terms and they announced even before they were elected that a national cultural policy would be the foundational document of their arts policy — the road map if you like — so the delay just goes to show how seriously they take their arts policy,” he told Crikey.

Brandis was the Howard government’s outgoing arts minister, and strongly defends the Coalition’s record in the portfolio. “The Howard government made lots of policy announcements during its period in office, most significantly it backed the arts heavily with very strong funding.”

The Senator highlights increased funding for the small-to-medium performing arts sector of the Australia Council, implemented in 2007, as well as the producer offset for the film and television sector as examples. He says while the Coalition will announce its arts policy closer to the election, the hallmarks of its policy will be “respect of the integrity of the arts, the sector and of artists” and “regard of the arts as one of the great expressions of Australian excellence”.

Asked to explain the thorny issue of “excellence”, Brandis says “there’s excellence in the contemporary arts and in what individual arts practitioners do”. He says there “will always be debate about what the arts do, that’s why we have an arms-length and peer-reviewed structure for the allocation for the funding”.

Brandis is critical of the Australia Council review and the lack of opportunity for engagement from stakeholders. “They were given virtually no time for their response to the preliminary findings,” he said.

And he’s concerned the status of artform boards will be diminished under a new structure mooted by the review. “One of the reasons in terms of the organisation of the Australia Council of having the boards is having the interests of different artforms protected, so that they wouldn’t be in for the same undifferentiated funding pool,” he said.

“I think Simon Crean has tried his best, but he’s been hamstring by a very indifferent cabinet. Rod Kemp [former Coalition arts minister] and I never had any difficulty [gaining funding] with Peter Costello. Simon Crean has had many difficulties doing that with Wayne Swan and the philistines in the cabinet.”

Crean insists the policy is the result of extensive consultation. “A discussion paper setting out five goals was released in August 2011 for public comment. Over 2000 people completed the online survey and over 450 submissions were made with debates and forums all over the country,” a spokesperson told Crikey.

“Do the Coalition have a policy but won’t release it? Or has no policy been developed since 2007? George Brandis needs to come clean on what the Coalition’s position is on the arts and tell the industry what they would cut from the government’s investment in the arts and cultural sector.”

*Crikey will bring you analysis of the National Cultural Policy — its substance, policy details and industry reaction — next week

I despair of a sensible policy on arts, culture or any issue when “lots of policy announcements” is offered as evidence of activity, informed debate, a useful contribution … as evidence of anything, in fact.

This just a basic propaganda tactic, much indulged in by the conservatives: project your most heinous faults onto your opponents in an attempt to divert criticism.
Unfortunately for Brandis the Arts community know who their enemies are.
(Use of the term Phillistine, negatively, should be avoided since the Palestinians have a right to be aggrieved.)

From one such as Brandis, this little spray means next to nothing. Yet another example of a shadow Minister straying inadvertently into his portfolio.