Boland to Ten (seriously). The worst kept secret in TV was confirmed today when the Ten Network announced the appointment of Adam Boland as director of morning television. He’ll join on March 18, reporting to head of news and current affairs Anthony Flannery.

The recruitment was probably the last act by former CEO James Warburton and would have been known at the time he was terminated by the Ten board, led by chairman Lachlan Murdoch, a week ago today. New CEO Hamish McLennan was taking the credit today: “The appointment of Adam to this new role is further evidence of our commitment to signing the best talent for Ten. Adam will further bolster our already very strong Ten News team.”

It’s been rumoured for more than 18 months that Boland was bound for Ten. He was a consultant to Seven for its morning schedule and manager of Seven’s social media strategy. He has also served as EP of Weekend Sunrise. He tried to leave Seven in 2010 but was persuaded by network management to stay on as a consultant. He even took Seven to court in 2011 in an unsuccessful attempt to seek release from his contract.

He’ll direct nothing more than odds and sods at the moment, after Ten’s Breakfast was axed last year and before that The Circle. Ten’s morning line-up currently includes repeats of The Bold and The Beautiful, Judge Judy, a collection of US entertainment news shows, cooking programs and repeats of Bondi Vet and Bondi Rescue. So will Boland and McLennan restart Ten’s morning ambitions and spend more precious money when rebuilding the prime-time schedule should be the main game? And how long until Boland is pushed into the role of news chief? — Glenn Dyer

Guardian Australia is hiring. The pieces of the jigsaw at The Guardian Australia continue to fall into place with Lee Glendinning confirmed as the site’s news editor this morning following inquiries from Crikey yesterday. Glendinning, a former Sydney Morning Herald reporter, is already based in Australia as The Guardian website’s overnight editor. The Guardian yesterday posted job ads for data journalists, a head of finance and a team administrator to work on its Australian site. — Matthew Knott

Video of the day. Up, up and away. On his final day on the job, “Pope emeritus” Benedict XVI waved to the cameras and then took off to heaven — or at least his new “papal retreat” outside Rome — by helicopter. 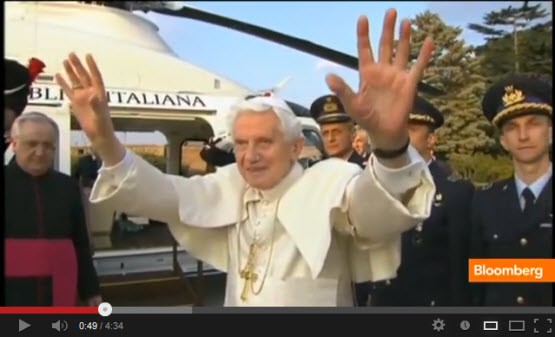 Front page of the day. Nobody quite gets as excited about a motor race as The Advertiser. It was the ol’ “souvenir edition” today to mark the start of the annual Clipsal 500 through the streets of Adelaide. 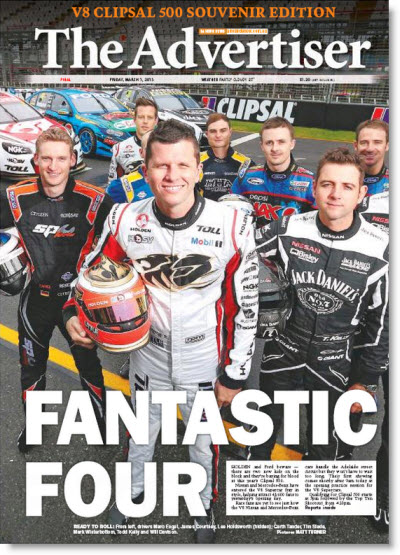 Re the Pope’s departure: did nobody in the media think to get the ‘foot shot’? Wake up, you lot!

Stripped of his Yellow Brick Road red shoes, it would’ve been pertinent to show the replacement brown footwear.