Horses bred for the racing industry are ending up as dog food or sold for human consumption, whether they are too old to race or never made the grade, writes Crikey intern Michelle Slater. 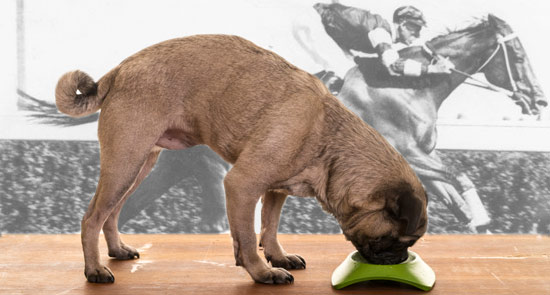 The most recent 2004 study funded by the RSPCA found 53% of horses at one Australian export abattoir were bred for racing or had racing origins. These horses included both thoroughbred and standard-bred harness racing horses. Some horses were former champions, while some had never raced.

Lisa Chalk from Animals Australia said: “Most horses that end up at the abattoirs or knackeries are from the racing industry.”

Ward Young from the Coalition for the Protection of Racehorses says the industry doesn’t doesn’t monitor the fate of racehorses when they can no longer run. “With their mass breeding they can’t account for where their horses go because there is no retirement plan,” he said. “The basic problem is these horses are seen as commodities by owners in the racing industry to be thrown away.”

He alleges horses bought by agents at thoroughbred auctions for under $400 are destined for the knackery. But a spokesperson for Inglis Bloodstock — the Sydney-based, family-owned racing empire — told Crikey: “In our records we have no horses that have been sold directly for horse meat.”

Six-year-old gelding Deposer, who won nearly $2 million on the racing circuit, was found in the meat buyers’ pen at the Echuca sales in Victoria in July last year. The Irish-born thoroughbred was sold for $220. He last raced in Hong Kong in March 2012 and was spotted at the sales that July.

Australian Racing Board CEO Peter McGauran says it’s “indesputable that aged or injured horses end up in an abattoir, as is the case with most livestock”. But he rejects the RSPCA figures.

“They don’t have a credible reason for these sensationalist figures. The idea that a healthy horse goes to the abattoir is absurd,” he told Crikey.

McGauran says the racing industry will conduct its own research to find out how many horses are re-trained after racing. The ARB has set up a retired racehorse committee to establish re-homing pathways.

“We want to avoid the Deposer example,” he said. “We understand the industry has a responsibility to re-home horses.”

Bill Saunders re-homes retired thoroughbreds an out-placement program set up by Racing Victoria. He also believes the RSPCA figures are “bullshit”, telling Crikey “these statistics have been twisted by people who want to ban racing”.

“A very large number aren’t put down or we wouldn’t have any breeding stock left,” he said. But he acknowledges retirement plans for horses aren’t well developed.

“The current disposal methods are not very sensible and don’t assure a good outcome for the horse,” he said. “It’s a fair assumption that if a horse is sold in a sale yard for under $500 it may go for meat.”

Sending thoroughbreds to the knackery is “criminal waste”, Saunders says, and “owners would be better off sending them to me for a better future”.

Australia has two abattoirs licensed to slaughter horses for human consumption and 33 knackeries that kill horses for pet meat. Some 2 million kilograms of horse meat are exported each year to countries like France, Belgium and Switzerland, which are traditional horse-eating — or hippophagous — nations. Horse by-products are also exported to make items like baseball mitts from hides and industrial brushes from hair. And some pharmaceutical compounds are extracted from equine hearts and spleens.

Most brumbies trapped in national parks are also slaughtered for meat, according to Jan Carter from the Save The Brumbies group. Contractors who may trap several herds of around 10 brumbies each week, although it varies from state to state. There are estimated to be about 300,000 brumbies in Australia,

“Horses are trapped by contractors who may retain two or three to sell on. The rest go straight to slaughter,” Carter said. “The better types, the three- or four-year-olds, will be re-homed and sold for between $1000 and $2000. The mature stallions and poorer mares with foals will go for meat.” These horses will sell for an average price of $150 to $350, “depending on their weight”.

As someone who has owned and ridden horses, there is considerable bullshit on display here, in the interests of maintaining a sentimental fantasy about the racing industry. This is what happens to old or unprofitable horses. It is magically, more acceptable for cattle.

“ex-Nationals Member for Gippsland Peter McGauran”, might add something to the mix.

As for “no horses that have been sold directly”, that’s plausible deniability (or is it deniable plausibility?)if ever Iheard it

Would be great if someone would actually do a little more research into the claims made by these animals rights groups before giving them air time.

Have a look around any equestrian or pony club or private property or paddock and it is very easy to quickly find where these horses are gone.

Thing is – it has actually been studied – and these facts are known, but you won’t see this research quoted by the animal rights groups cause they don’t like the results.

Hayek in 2005 followed up over 1000 horses over a year and found that in reality only 6% went to the knackery from horse racing.

The nonsenese of these claims is evident even in this story – whilst Lisa Chalk is saying 15,000 are born every year, Ward Young from the Coalition for the Protection of Racehorses is running around with posters claiming 18,000 racehorses are sent to slaughter ever year – 3,000 more than are even born – even before you allow for a natural death rate, net export, breeding, equestrian, pets, pony club, riding school, police horses, retirements, etc,etc

Come on Crikey – lift your game and do some research before publishing this stuff.

Not a very balanced story there Crikey – title and photo of the story and lots of unsubstantiated dubious claims.

There is clearly some underlying assumption in this column that the author has failed to enunciate – in the worst tabloid fashion – about what is actually wrong with horses being killed for their meat. You need to spell out what your argument is and not just wave some vibes around. Why shouldn’t horses end up at the knackery? What is actually wrong with that outcome?

Horses that “can’t race competitively” (ie aren’t fast enough, and aren’t injured or aged) don’t go to slaughter? Then again this from one of the McGaurans?

How do you “breed from geldings” – or why, from a filly or mare that never won and never looked likely too? That you’d have to keep spending money to feed …. “or else”, cut your losses?