Bradley Manning has pleaded guilty to the illegal possession and communication of government documents, and he is facing a sentence of 20 years. New revelations paint a sadder picture. 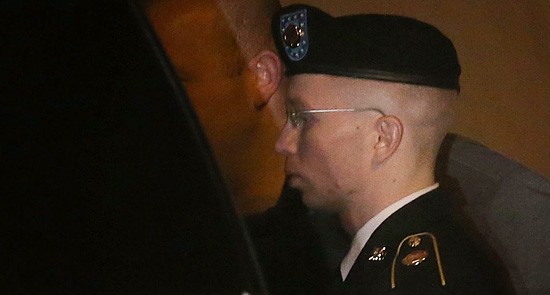 Bradley Manning, the US soldier long supposed to be the source of Wikileaks “collateral murder’ video and massive document drops, has pleaded guilty in a military court to the illegal possession and communication of government documents — some of the lesser charges against him.

The charges were a series of “sample” charges relating to documents within each of the main WikiLeaks releases — the Iraq and Afghanistan war logs, the Guantanamo prisoner files, the “collateral murder” video itself and other isolated documents. That added up to 10 counts, at two years per count, for a maximum sentence of 20 years. But that’s only on the charges Manning has pleaded guilty to.

There’s also a range of more serious charges of espionage and aiding the enemy, which potentially carry life in military prison without parole. Manning has pleaded not guilty to these, and the full court martial for that will begin in early June. Originally slated to run for several months, the trial could be somewhat shorter now that Manning has admitted handling the documents in question. Despite that, the government has lined up more than 140 potential witnesses for the prosecution.

Manning and his team have elected not to go with a military jury, presenting their case to a judge only and placing a great deal of emphasis on the draconian treatment that Manning has suffered during three years of incarceration, including four months of “suicide watch”, when he was stripped naked and subject to sleep deprivation.

Making a guilty plea gave Manning a chance to make an extended statement to the court, and it was this 35-page document that really set things on their ear. Acknowledging that he had leaked the documents — an admission of an open secret, since his confession of such to fellow hacker Adrian Lamo is what had got him arrested in the first place — Manning made a bold defense of his won autonomy, saying that he did not believe himself to be communicating with the enemy, simply presenting the American people with the things that were being done in their name.

He noted his horror at the obvious dehumanisation of the US soldiers responsible for the massacre of Iraqi civilians in the “collateral murder” video and of the various massacres featured in the Afghanistan documents. He said that he had leaked the documents of his own volition after logging onto the WikiLeaks chat site and communicating with someone who presented himself as “XO” — someone he assumed was Julian Assange (Assange has neither confirmed nor denied).

“What tripped Manning up was not the WikiLeaks leak per se, but human frailty …”

Manning says there was no enticement, coercion or gaming of him by “XO” — he uploaded the files of his own volition. Most spectacularly, he revealed that WikiLeaks had not been his first port of call — he had previously tried The New York Times, The Washington Post and the website Politico. Manning says he called the tips line at the NYT and got a recorded message. More indicatively, he spoke to a Washington Post junior reporter, who gave him the brush off (and lost a Pulitzer in the process).

It could be said that he wasn’t as insistent as he might have been — his attempt to tip off Politico (a Right-shifted website) was frustrated by bad weather, and he might have tried to get a specific journo through the NYT switchboard — but the fact remains it was WikiLeaks that would encourage people to be more courageous than they might otherwise be. Without Wikileaks, Manning’s last resort would have been to put the memory stick containing these hundred of thousands of documents into an anonymous envelope to the mainstream press.

What tripped Manning up was not the WikiLeaks leak per se, but human frailty – – the need to tell someone and the disastrous choice of Adrian Lamo, an unstable hacker who had had sufficient run-ins with the FBI previously to be genuinely scared about being an accessory after the fact. As Lenin said when the shadow was upon him, the emotions are not skilled workers.

Manning’s statement about WikiLeaks and the mainstream media confounds one key aim of the prosecution — to use it as evidence to issue an espionage charge against Assange. Not only has Manning failed to implicate him, he has also put WikiLeaks in the position it has always claimed to be — as one journalistic outlet among others, which happens to work with other organisations too sluggish to do their own spadework. Whether this will prompt the NYT, Guardian and others to show a little more solidarity with both Manning and Assange remains to be seen — hitherto they have used WikiLeaks’ transitional status as a way to keep a distance while taking cheap shots at Assange.

For Manning, there is a harder and lonelier road than any. What he has been through in these past years does not bear thinking about — and the years leading up to that had been full of pain and violence, too. He had joined the army to escape a brutal and intolerant environment, only to find that he could not easily tolerate the double life forced on him by the military’s “don’t, ask don’t tell” policy on homos-xuality. He found love with a young man from a circle of hackers based in Boston — and hence came to know of WikiLeaks earlier than most — and, when that relationship ended, began to collect the material that would form the basis of the warlogs and cablegate.

Some have tried to turn this moment of personal crisis into a purely psychological explanation of his actions; others have tried to ignore it altogether. The truth, most likely, is that such personal crises will sometimes compel us to higher ethical action, and that what Manning did was, in the final analysis, an act of love: love of truth, love of the people he had been asked to defend through the transmission of lies, and an ultimate finding of self-respect in rising out of the ruins and the loss. His statement today confirms that he is, and was, lucid and purposeful.

He was the originator of a process whose ultimate result, I believe, was the decisive and final discrediting of the decade of war and projected imperial power that began in the wake of 9/11. He is that most overapplied of adjectives, heroic. We are in his debt, and we must hope that he lands as gently as possible on the hard earth in the days and years to come.

A superbly succinct, eloquent and moving piece.
I do hope Barrack reads Crikey.
Thank you.

I second workingdog’s motion of commendation for GRundle. We owe a lot to Manning, which I hope the US establishment recognises eventually.

Workingdog hits it on the head.
Bravo Guy.