The Monthly editor John van Tiggelen has launched a sensational spray at Good Weekend rival Ben Naparstek in a leaked email. And other media tidbits.

In a stunning email, which has been widely circulating at Fairfax and is published in The Australian today, van Tiggelen attacks Naparstek as a “f-cking dalek” who steals writers and ideas. Naparstek, 27, was van Tiggelen’s predecessor as editor.

“Every month, various contributors to the magazine bring to my attention that the very day after the new issue is sent out, they get a call from you asking them to pitch ideas to Good Weekend,” Van Tiggelen, a former staff journalist at Good Weekend, writes. “Invariably these writers are struck by your lack of guile; they include those who you have, apparently unwittingly, offended or even cast off in the past. Invariably they are also struck by the lack of your own ideas.”

Van Tiggelen also accuses Naparstek of regurgitating a six-year-old Two of Us column in the magazine’s most recent edition and trying to convince a writer to sell a story commissioned by The Monthly to Good Weekend. According to Linnell, however, it’s The Monthly that has lost its spark.

“One of the reasons we hired Ben to edit GW is that he made such a mark with The Monthly,” Linnell told Crikey. “Everyone used to talk about that magazine under Ben’s editorship, and it’s a pity that it no longer happens. Here’s hoping John can recapture some of its former cachet. Competition is good for everyone.”

Linnell also responded to claims that the quality of Good Weekend has diminished recently because of the loss of veteran feature writers such as Greg Bearup and Fenella Souter. “Good Weekend has never been stronger or better,” he said. “The latest reader research shows time spent reading the magazine has grown by 25% in the past year. The mag has been breaking new ground and attracting great writing. And it was back on the winner’s dais at the recent Walkleys.”

Van Tiggelen’s email has caused a major stir in literary circles by revealing the wildly divergent pay rates for freelance magazine contributors. According to the email, the rate per word at Good Weekend varies from 70 cents a word for some writers to $2.50 a word for others. — Matthew Knott

Photoshop effort of the week (so far). The Daily Telegraph offered up a typically zany take on Julia Gillard’s trip to Rooty Hill today. We know the paper is no fan of the Prime Minister, but did it really have to give her man hands?

Australian of the year? On The Australian‘s front page today, we meet Jason Johnson, who runs a recruitment company, lives in Sydney’s eastern suburbs and earns $180,000 a year. He doesn’t mind paying tax, though. What a generous soul. 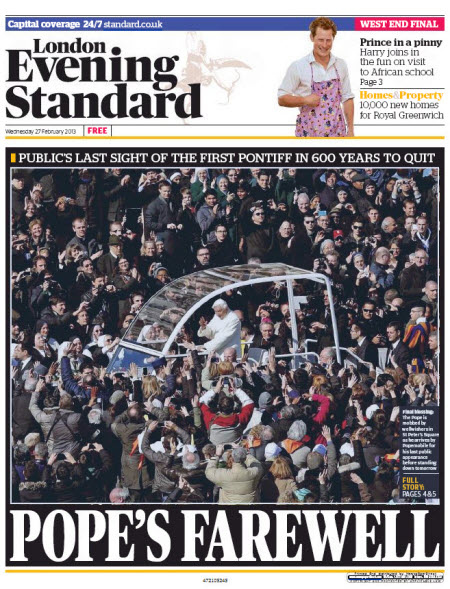 so what…you’d object if he didn’t like paying tax?

Re The Daily Telegraph: prior to this I wasn’t aware it had transformed from a third rate newspaper to pure comic form.

I’m thinking of knocking up a photoshop for Abbott & Co’s western tour and sending it to the Tele.

Open to any suggestions on the theme………