Why Christopher Pyne should go back to school

Australia's secondary educational funding model is broken. To claim otherwise, as Christopher Pyne did today, will perpetuate both inequality and poor educational outcomes. 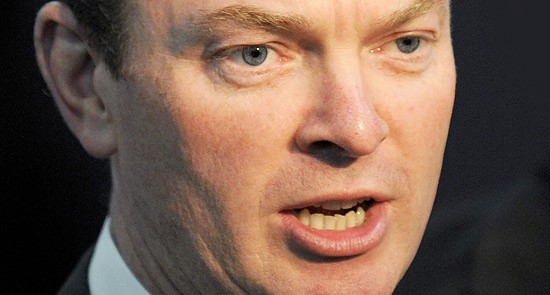 “The current funding model does work, it’s not a broken model.”

So all is well in Australian secondary education funding, then: this morning, the Coalition’s shadow education minister Christopher Pyne — making a rare foray into his own portfolio — declared there was no problem with the way we currently fund secondary education. When asked by his interviewer whether he was aware of recent evidence of declines in Australian education outcomes, Pyne spluttered with annoyance — he’d been in his portfolio for four years, he said — and argued they wouldn’t be fixed via the Gonski proposal.

Despite what the media and various stakeholders have suggested, Australia for a long time has had a reasonably efficient secondary education system: we spend less than the OECD average on education, but still managed to score in the top 10 in the OECD’s Program for International Student Assessment international rankings — we might not have been world’s best, but we got plenty of bang for our buck. However, recent evidence is that we’re slipping in literacy, particularly in comparison with rapidly improving Asian educational systems, and lagging badly in maths and science.

The principal reason for the growing gap in international comparisons is the performance of our disadvantaged students, generating what one education academic called a “substantial tail of underperformance”. “Students attending schools in which principals reported no resource shortages scored significantly higher in reading and mathematics (but not in science) than students attending schools in which principals reported being affected by resource shortages,” the Australian Council for Educational Research said in releasing a report late last year. Improving our educational performance thus requires improvements in equity.

The funding model proposed in the Gonski report specifically addresses this issue. The report concluded that there was no consistent approach to effectively using outcomes data to target educational disadvantage, or even to identifying whether resources were reaching the disadvantaged schools they were targeted at — that is, some states didn’t even know if the money they were spending to address disadvantage was working:

“Existing arrangements are complex, and do not accurately capture student need within student groups. They also fail to take account of the significant impact of concentration of disadvantage at the school level.”

That is, there is a direct link between the significant flaws in the current funding model and the growing disparity between Australia’s educational outcomes and those of other economies — and also, incidentally, that there’s a direct link between educational equity and national education outcomes. Even The Australian was forced to admit that the Gonski approach to funding “had merit”.

However, if you believe the goal of current funding arrangements should be to perpetuate disadvantage and entrench advantage, that equity should not be a goal of educational funding or that it is not connected to educational outcomes, you might think the current model works perfectly satisfactorily, that it’s “not broken”. Or you might simply be adopting a contrarian position for the sake of political expediency.

But as of now, the Coalition appears committed to defending a funding model that is directly responsible for our declining educational performance.

How does Australian education measure up internationally?

Thanks Bernard for a well researched article.
Christopher Pyne, while attending to his dear leaders charades and political ambitions has all but ignored his own portfolio development.
Like Greg Hunt we find yet another proposed minister of an Abbott govenment, either in denial of the facts, or their own earlier observations and writings, on their policy responsibilties, or refuting the experts to their own ideological ends.

It is a disturbing measure of the power of various media organizations that these people can seriously be considered as the next government.

Yes, it is becoming clearer that the best hope for implementing Gonski lies with the current Australian Government, which of course Baillieu and Newman are opportunistically doing their best to derail.

To paraphrase Holden Back, “It is a disturbing measure of the stupidity of voters that these people can seriously be considered as the next government”.

Very typical of the poodle, and yet another Coalition furniture piece that doesn’t like being pulled up on his own lack of portfolio knowledge.